Sometimes the thing that we need to fear most is the lack of fear itself.

It might seem odd to worry about complacency so soon after the financial crisis, the European crisis, the downgrade of the credit rating of the United States. But recently there's been a lot of worry that complacency is again a problem.

Perhaps it's crisis fatigue or maybe survivor bias—the assumption that because we survived the past crises, the next one won't be so bad either. Or maybe it's just the David Tepper effect—witnessing savvy or lucky investors accumulate stunning amounts of wealth betting against crises getting worse rather than being resolved. (Tepper runs Appaloosa Management.)

The danger is that when too many people assume that eventually everything will work out, the price of optimal outcomes rises far beyond anything justified by the actual risks involved. Risk becomes underpriced, and therefore less visible. 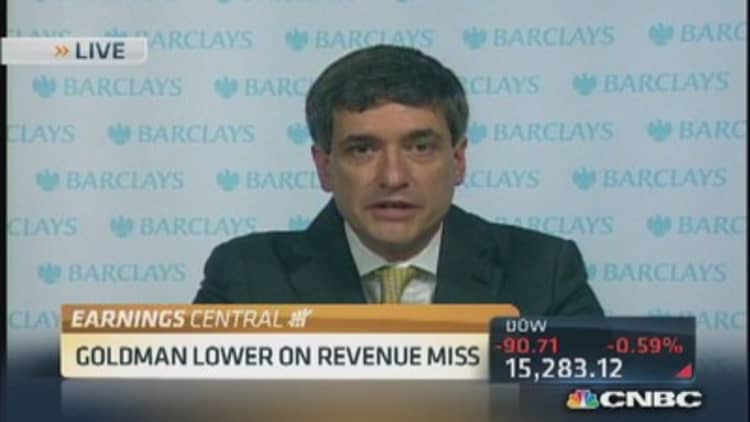 "One good thing about the crisis, is that it's made everyone focus on tail risk," Schwartz said. "The world and all of our clients are very respectful of tail risk."

Of course, a bank like Goldman can make a lot of money off tail risk. In the first place, it can sell clients protection against tail risk. What's more, it can trade tail risk, buying it when it is cheap and selling it when it becomes more dear. So, you know, Vampire Squids and all that.

But there's definitely been a noticeable appreciation in tail risk hedging lately. I spoke with Jared Woodard of CondorOptions.com, who pointed to three indicators of increased market awareness of risk.

In many ways, the temporary resolution of the debt ceiling fight is a dream come true for an options seller.

It means that the tail risk hasn't happened but customers will continue to have to purchase protection. It's like a season in which hurricanes keep almost making landfall on the Gulf Coast but never quite hit.