Silicon Valley is booming, and the Chinese are starting to cash in on the region's housing craze.

With tech stocks surging and IPOs sprouting up left and right, the area is in the midst of a real estate bonanza that's attracting a wave of buyers from China.

The average price of a home in Silicon Valley has surged more than 27 percent over the past two years, according to home purchase data from Santa Clara County.

Technology executives, budding entrepreneurs and venture capitalists are putting their money to work in the Silicon Valley real estate market, and they are finding new competitors from around the world, especially from China.

Ken DeLeon—named by The Wall Street Journal as the country's most successful real estate agent—said he has done close to $300 million in sales this year and that the market has never been hotter.

DeLeon said that in the past year he has sold more than 20 luxury residences in the Palo Alto area to buyers from mainland China, Taiwan and Hong Kong. Most of those buyers are looking for houses in the $2 million-plus range, he said.

Business is so brisk that the agent recently bought a Mercedes bus to shuttle his Chinese customers around the valley.

They are serious buyers, he said, adding that several have bought modest houses on a decent-sized lot, then undertaken ambitious renovations. Some tear down the house, dig a deeper basement and add several floors.

"The Chinese know there is good appreciation potential in this market, and buying here provides diversification for their real estate holdings," said DeLeon, the president of DeLeon Realty. 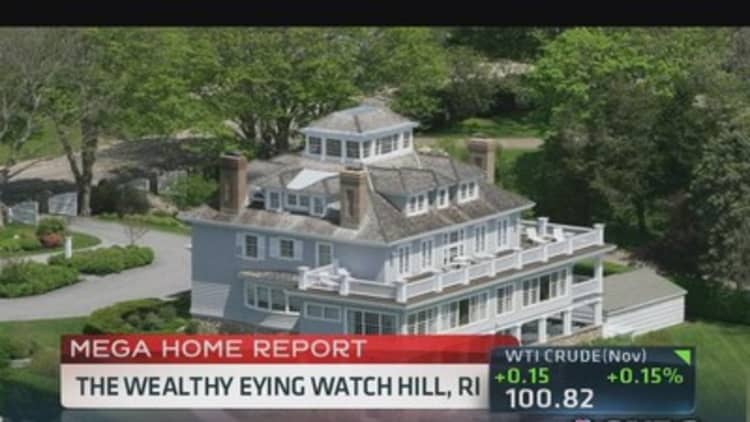 Fred Lam of Alain Pinel Realtors in Palo Alto said his Chinese clients want brand-new, furnished houses made with high-quality building materials. Lam has done close to $40 million in sales over the past year and said he's seen a definite increase in the number of Chinese buyers in Silicon Valley.

General contractors and builders also have benefited from the influx. One Silicon Valley builder, who asked not to be identified, said Chinese buyers typically want big media rooms, marble moldings and high-end finishes.

Real estate professionals said Chinese families are drawn by a better way of life, with the biggest selling points including the weather, excellent local schools and much less smog than in Beijing.