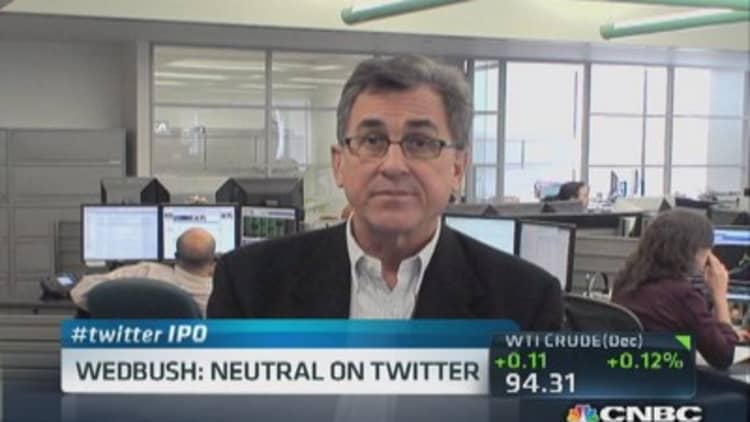 Twitter has plenty of potential, but maybe not enough to justify its share price a day after the social media company went public, Wedbush Securities analyst Michael Pachter said Friday.

"I'm really optimistic about the potential for this company to grow into something much, much bigger than it is, but I don't know that it's going to happen," he said. "It's trading right now on a lot of faith—a leap of faith—that it will double in size pretty quickly." 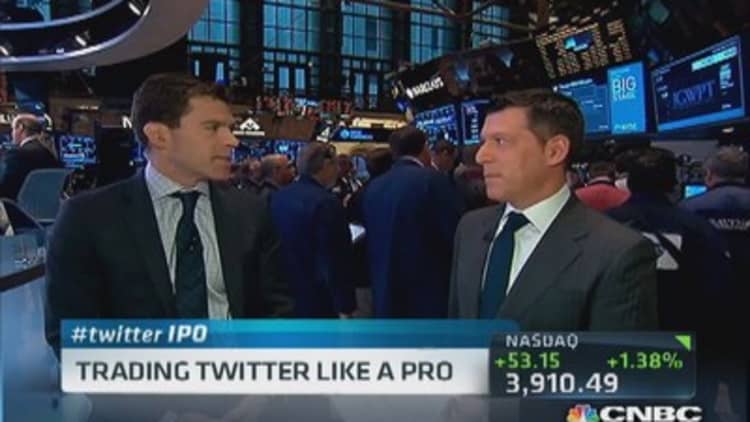 On CNBC's "Halftime Report," Pachter, who had a "neutral" rating on Twitter stock, said he expected the company to improve revenues.

"We modeled it to double in size in about five years, and if it does that, I'm optimistically at about $37," he said. "If it doubles faster, then it's probably worth what it's trading at and maybe more."

Pachter noted that National Public Radio had started to promote its contributors' Twitter handles on the day of the company's IPO, adding that it was indicative of how much it still had to grow.

Pachter said he had high hopes for the company.

"I'm optimistic it's going to work," he said. "I'm just not sure about the share price."