It's rare that Hollywood provides us with "teachable moments," but in the case of Netflix's "House of Cards," executives could learn a lot from how Frank and his staff manage the media.

In so many movies and television shows, the media is this unstoppable, ubiquitous gaggle. From crime scenes on "Law & Order" to "The Following", Hollywood tends to exaggerate what "freedom of the press" really means. But on Netflix's "House of Cards," we are taken much deeper into the relationship a congressman — and now vice president — and his staff have with a reporter and the media at-large. 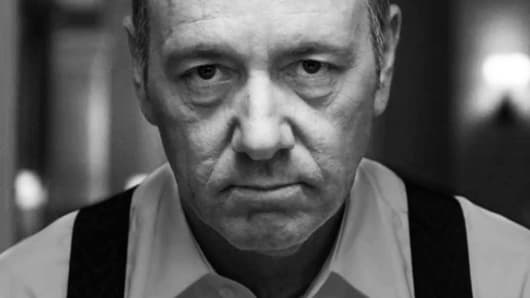 The takeaways for any executive should be that it's no easy task to manage reporters, handle crisis communications and successfully push your agenda in the news, and you should never do it on your own.

Let your communications staff do their job. The entire first season, the House Majority Whip (Kevin Spacey) is directly engaging Zoe Barnes, a young, eager reporter at the Washington Herald and later Slugline. Whether you're Speaker of the House, or CEO of a Fortune 100 company, you should let your communications staff do their job. For over a decade, I have cultivated relationships with producers and reporters, and people hire me based on those relationships and an understanding of their business. When I worked in the Bush administration and for a U.S. congressman, my boss understood my expertise, trusted my judgment and gave me the space to manage reporters to push our agenda.

Pushing your message and picking the right reporter. The first season of "House of Cards" revolves around Frank feeding Zoe stories to push his own agenda. In the second season, the vice president's office leaks information to a pool reporter. The real world communications takeaway for any executive that is looking to make an announcement or wants to give a reporter an exclusive, is understanding which reporter is right to pick.

I used to work for a Fortune 500 insurance company, and its CEO was hell-bent on utilizing old school, mainstream media channels to make announcements. On the other hand, when I was a spokesperson in the Bush administration, we would sometimes utilize bloggers or small publications that were more sympathetic to our cause to "break a story." Another former client was one of the world's largest banks, and while they would have loved to have every story run on the front page of the New York Times, executives understood that is was wiser to pick a reporter who had less reach but was more likely to write a fair story.

Setting parameters. Early on in Season 2, the Second Lady agrees to do a live interview on CNN. While I won't spoil it with the details, executives should rarely find themselves in an interview situation that goes off the rails. Your communications staff should be almost certain that this interview would allow you to push your agenda, achieving much larger business goals. Having worked in political communications on the state and federal level and had clients that ranged from former heads of state to CEOs, my job was to work with the producer to ensure every angle — including my behind — was covered before the interview happened. This included trying to get questions early, setting time restrictions, making certain topics off limits and also better understanding if the interviewer was sympathetic to our cause.

Everyone needs media training. In "House of Cards," the Second Lady went off message almost immediately in an interview. It was obvious there was no prior planning before she went on live TV. There are many CEOs that I've worked with who are very good — and very bad — at conducting interviews. Regardless of where you fall on the interview spectrum, if you are looking to conduct a one-on-one live interview, you should spend considerable time prepping. 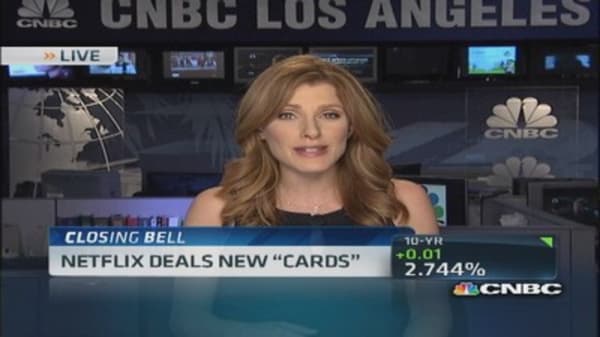 I remember going to an interview with a former Secretary of Commerce who is a billionaire. He has been giving interviews his entire life, but it did not stop us from having a conversation about how the interview will work, issues he should and shouldn't bring up and what the reporter's position was on the issue.

I always say that if the President of the United States needs media prepping before an interview, then why wouldn't you? On the other hand, the CEO may not be the best person to deliver the message. There are CEOs that I have media trained, and after a long day of message training, it was my job to tell him that I didn't think he was ready for an interview. In the real world, the Second Lady would have never done a live TV interview because she obviously was not capable of keeping an interview on track and pushing her message.

Netflix's "House of Cards" is a very entertaining glimpse into the relationships the media has with the people they cover. Many aspects of it are accurate, while others are widely false. Regardless, there are communications takeaways for CEOs.

Trey Ditto is the CEO of Ditto Public Affairs, a full-service communications firm in New York. Previously he worked in political communications, including a stint in the Bush administration. Follow him on Twitter @treyditto.