An increasing number of travelers—not just the millennials—are shunning the double decker bus, questing for something rare and authentic and in some cases, even unplugged.

"I think people want to experience something real," said Todd Merry, chief marketing officer for Delaware North Companies, which has operations ranging from Yosemite High Sierra camping to eco-resorts at Australia's Great Barrier Reef. "It's almost like there's no wild places anymore. There are more people looking for things that haven't been done."

In some ways, it's a longing for the days when the old maps marked untamed territory with "here be monsters," Merry said. "There's just not so much of that anymore."

In North America, Europe and South America, adventure travel spending in 2012 reached $263 billion, up from $89 billion in 2009, according to a study by the Adventure Travel Trade Association and George Washington University. Per trip spending (excluding airfare and gear) increased to $947 from $593 over that same time period, according to the report. (For the study, an adventure traveler is any respondent who cited an adventure activity—ranging from caving and heli-skiing to camping and canoeing—as the main activity of their last trip.)

The outlook remains positive, according to Christina Beckmann, Director of Research and Education at ATTA. Nearly 80 percent of adventure travel tour operators polled by ATTA said they expect increased revenues for 2014 over 2013, Beckmann said in an email to CNBC.

"We're seeing a blending of mass tourism attractions and activities with activities that used to be exclusively practiced by 'crazy' adventure travelers," she said. "Adventure travel in the early days was not accessible to people without technical skills, and it was practiced informally and had high levels of risk. As time has gone on, we see greater commercialization and a broader range of available activities."

Wilson Island in the Great Barrier Reef is a nesting location for the vulnerable Green Turtle and Loggerhead Turtle.
Source: Wilson Island Resort

One hotel outside Yellowstone National Park has hired its own staff of guides to lead safari tours, which gets busy this time of year as the great outdoors is populated with a great number of newborns. Safari-style tours out of Jackson Hole routinely takes in elk, bison, coyotes, Pronghorn antelope, eagles and other migrating birds, said Phoebe Stoner, the program director for the wildlife safaris at Spring Creek Ranch in Jackson Hole, Wyo.

The programs range to family-friendly fare, to overnight treks for more serious safari types, she said.

In the fall, one of her programs focuses on tracking wolf and bear in Yellowstone. The "wolf and bear [safari] is designed to go up to see these predators when they are most active," Stoner said. "It definitely caters to photographers, people who are into wildlife, in general, people who don't need to be sold on the trip when they hear about it."

On the international level, the luxury market is an expanding niche of the adventure travel trend, said Michael D'Amico, whose California-based Global Basecamps partners with companies in locations ranging from China and Mynamar to Tanzania and Colombia. Exotic locations don't necessarily mean roughing it, he said.

"Even the luxury markets, the Four Seasons and so forth, are including more activities in their portfolio for people who don't want to armchair their vacations," said D'Amico. Adventure travel used to conjure up ideas of mountain climbing and bunjee jumping, he said, but now it also means doing a 4-by-4 in the Nairobi Desert or hiking to a lodge outfitted with a hot tub and a beautiful dinner. 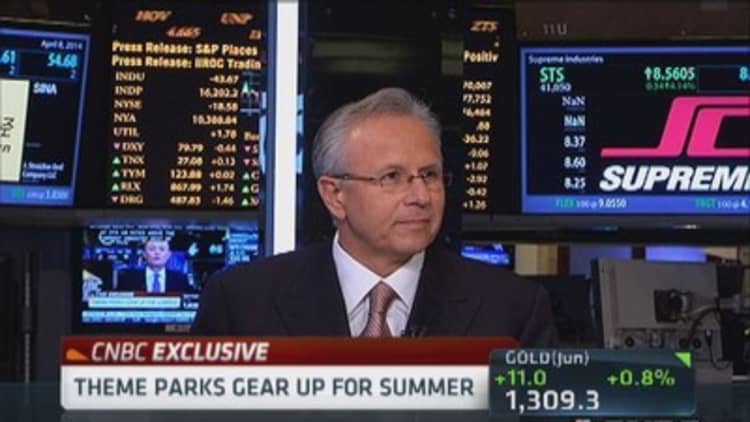 Many of the travelers are in the wanderlust travel bracket, around 25 to 40 years old, D'Amico said, but young familes and baby boomers are also drawn to adventure travel, he said.

The word "authentic" gets thrown around a lot in the adventure travel segment.

Merry at Delaware North said that even his brother, an oysterman in Massachusetts, sees interest from people who want to spend their vacations getting their hands dirty. "In the summer, they sell that experience," Merry said. "It's hard work. Who would have thought that 10 or 15 years ago people would pay to do that? The farmers find it a little funny."

Also important: "It is a way to get away from technology," Merry said.

One of their resorts at the Great Barrier Reef, Wilson Island Resort, attracts people to the turtle research center there. "People are increasingly looking for travel with a purpose, charitable travel," Merry said. "If you've counted the falcons in the national parks you feel like you've not just read the latest John Grisham novel, you've actually done something."