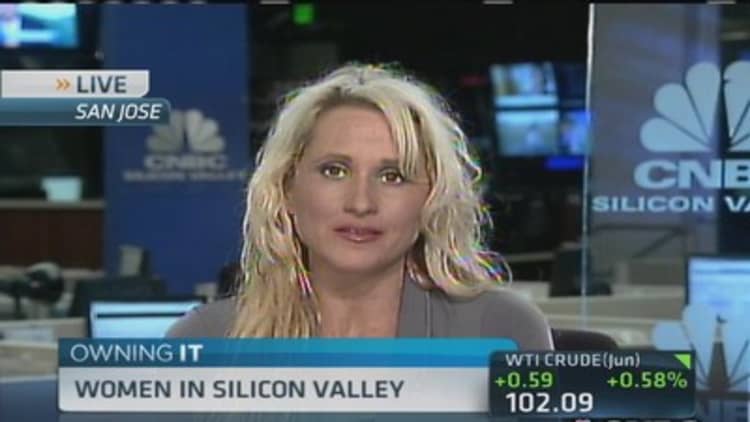 When you think of a hot Silicon Valley start-up, software to help divorced parents manage shared child-support expenses is hardly what comes to mind. Often, the biggest sensations—from disappearing photo-sharing apps to addictive video games—are developed by millennials for the enjoyment of users like them.

Sheri Atwood is out to change that. A middle-aged single mother with 15 years of tech experience—most recently as a vice president at Symantech—has developed SupportPay, a desktop and mobile platform to help other divorced parents keep track of child-care costs. Over the last six months, she's raised more than $1 million in venture capital funding, but it hasn't been easy.

She's faced prejudice in the Valley. "I don't have an Ivy League education; I didn't just graduate college. I have over 10 years of business experience, and I thought all of those things actually would be positives," said Atwood. "But unfortunately, there are a lot of investors that are looking for the young 21-year-old, just-graduated-Stanford type of entrepreneur."

Indeed, she said one VC firm suggested she ought to find that "white 21-year-old guy" to come with her on her roadshow, while another told her that she ought to dye her blond hair darker to be taken seriously in the tech community.

And one potential angel investor even asked her, "Are you sure you can do this as a single mom?"

Atwood said her experiences have been an eye-opener. It demonstrated that the culture in Silicon Valley is still a young male-dominated one, as chronicled by everyone from Facebook COO Sheryl Sandberg to the HBO comedy series by the same name, "Silicon Valley."

While much of this is due to the shortage of women trained in computer sciences, critics say even qualified women like Atwood face plenty of hurdles competing in this so-called "brogrammer" environment, especially when it comes to funding their start-ups. A 2012 Ewing Marion Kauffman Foundation study concluded that the dearth of women in venture capital was a critical reason, though the study added that women typically have less money than men to invest in their companies and fewer assets to leverage for debt capital.

But the picture may be brightening. A 2013 survey of venture capital funding by Pitchbook found that the share of VC rounds going to companies with at least one female founder has increased steadily over the past 10 years to record levels. The new high: 13 percent.