General Motors will offer at least $1 million to family members of victims who died as a result of the ignition switch defect that led to widespread recalls, fund administrator Kenneth Feinberg announced on Monday. GM has linked 13 deaths to the flawed ignition switches, though federal regulators have said there is a strong chance that the part is to blame for more fatalities. Claims can be submitted beginning Aug. 1. Here's how the fund's protocol breaks down:

How are shares of General Motors doing now? (Click here for the latest quote.) 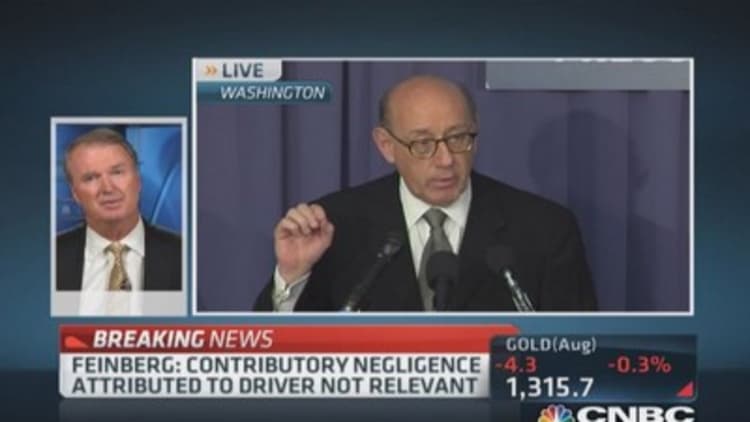