Jack Welch, the former CEO of General Electric, famously said that innovation doesn't necessarily have to be a huge leap forward. He said that making small continuous progress can still move a business successfully forward. It's a good thing he's right, because in 2014, innovation will not be driving Apple's stock price. Something else will. 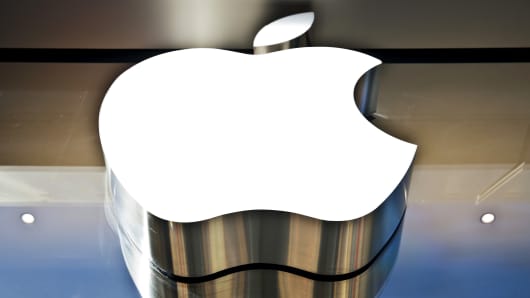 With the iWatch almost certainly to be introduced in the next six months, many are banking on this innovation to drive the stock price. While I do expect the Apple iWatch to be considerably more advanced and useful than Samsung's first entry into this market, sales of an iWatch will likely not be enough to drive stock prices forward this year. One of my analysts at Destination Wealth Management, Mark, continually reminds me about the law of big numbers. IWatch sales will be a fraction of other product categories. The number to hit the bottom-line will dwarf that of other segments.

This means even if the iWatch is a spectacular hit, the addition to the bottom line will not be enough to drive Apple's stock price forward based on just the numbers. Sentiment will likely kick in if they have a breakaway hit but that's much different than fundamentals.

In reality, Apple's stock price this year will be impacted by something bigger — literally. The size of iPhone screens. I know that's not sexy but large phone screen sizes are an untapped market for Apple. Samsung's Note and Galaxy S5 have proven big screens are a market worth pursuing despite Steve Jobs historic protestations.

The next iPhone will be thinner and bigger. That's not an exciting innovation and Apple bashers will see this as a surefire sign of dying innovation at the company. But what a bigger iPhone screen really is all about is not so much about innovation but about meeting a market demand. If the market wants a bigger iPhone (and surveys suggest 45 percent of iPhone owners will consider upgrading just because of a bigger size phone), so be it. Apple won't turn down the sales even if it's not an innovation-based product rollout. They're happy to take the $700 per device.

In Asia, it's very clear that larger screen sizes are the preferred phone size. I just returned two weeks ago from a trip to Asia and it was interesting to see the number of people with Samsung large-screen devices. I asked several business leaders who have purchased bulk quantities of larger screen devices for staff why they did so. They simply said the bigger screen makes it easier to view and work on.

It never ceases to amaze me how controversial Apple is as a company. It seems as if Steve Jobs many years ago took on a very confrontational tone that if you do not believe in his view, you're flat-out wrong. I suspect that controversial stance continues to drive Apple sentiment. That, combined with the cult-like adoption by some of its users, means that interest remains sky high in Apple and its plans for the future.

The controversy will continue for Apple and Tim Cook and his team of Steve Jobs disciples. They will attempt to deliver a product that the phone-buying public indicates they want. I have no doubt that no matter how well sales go, there will still be critical view that Apple has lost its focus on innovation. That remains to be seen. But for now, it will translate into a lot of sales and, for a publicly-traded company whose fundamentals drive stock prices, this is a clear tailwind for Apple stock.

Commentary by Michael A. Yoshikami, the CEO and founder of Destination Wealth Management in Walnut Creek, California. He is also a CNBC contributor.

Disclosure: I have no personal ownership of Apple stock. We are buyers of the stock for client portfolios. I own an iPhone, a Galaxy Note, and an Android tablet. My company is a mix of PCs running Windows 7 (not 8!) and Macs.