Twitter is set to report its second-quarterly results on Tuesday after the bell. But no matter what the company reports, the stock might fail to please investors who still have Facebook's blockbuster quarter on their minds.

Analysts expect the micro-blogging website to post a loss of one cent per share on revenue of $283 million, according to a Thomson Reuters consensus estimate. That would be the company's third quarter in a row to post a net loss.

In comparison, the social media giant Facebook posted earnings of 42 cents per share, excluding one-time items, on revenue of $2.91 billion, which is a 61 percent from the same quarter a year ago.

Because Twitter lacks the reach and engagement Facebook has, investors should exercise caution ahead of Twitter's earnings, said Rich Greenfield, a media and technology analyst at BTIG, during "Squawk on the Street" on Monday. 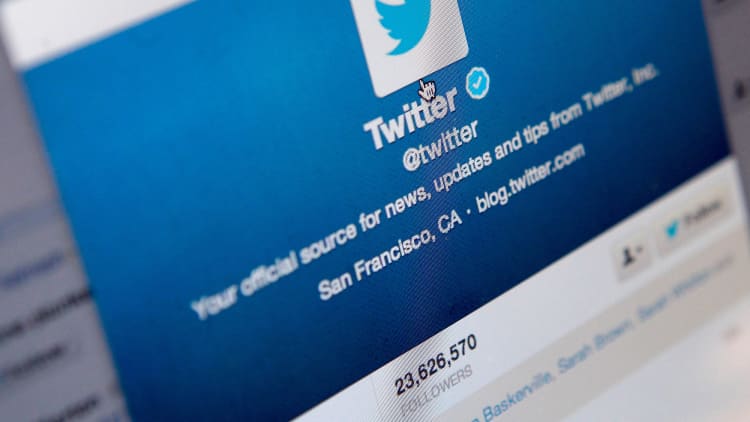 In a recent note to clients, Mark Mahaney, an analyst at RBC Capital Markets, shared some key things investors will want to focus on. Here's a round-up:

User growth and engagement: Twitter's monthly average user growth (MAU) slowed to 25 percent in the first quarter and is expected to continue decreasing as the company makes more changes to its interface, wrote Mahaney in his note. He has an "outperform rating on the stock with a $60 price target.

Ad revenue growth: Investors will also want to keep a close eye on how Twitter's ad revenue growth is fairing. While the company's ad revenue grew 125 percent in the first quarter and will likely remain robust, it's expected to decelerate to about 110 percent this quarter, Mahaney said in his note.

Mahaney points out that Twitter grew its MAU monetization 70 percent in the fourth quarter, while Facebook's monetization grew by 52 percent. Investors will want to watch and make sure Twitter can continue this trend.