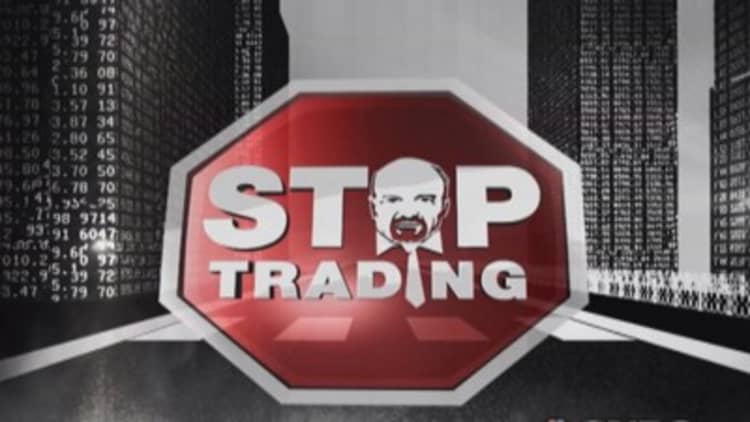 Pitney Bowes had a "great quarter," even though its business is often misunderstood, Cramer said on "Squawk on the Street."

"Everyone thinks it's just a mail postage company. It's actually software," Cramer said, noting its software services are used to ship goods purchased through Internet retailer eBay, for example. "I like the stock very much."

The U.S. manufacturer of power products and systems tempered its full-year profit forecast on Tuesday due to weaker margins in its electrical systems business and dented some Wall Street hopes for a near-term spin-off of its vehicle business.

Goldman Sachs, Deutsche Bank and JPMorgan Chase all downgraded the stock on the news.

"This is just a case where people said, '[CEO Sandy] Cutler doesn't know what he's doing. He's done a bad job,' and they've all turned on him at once," Cramer said. "When you turn on someone all at once, they tend to make a comeback."

"When everyone downgrades a stock, what have we learned? ... It's closer to a bottom than a top."

—By CNBC's Drew Sandholm, with Reuters.

DISCLOSURE: When this story was published, Cramer's charitable trust owned Eaton. It did not, however, own Pitney Bowes.