China is moving towards making its two-child policy available to all, but whether or not couples will jump on the opportunity to expand their families remains unclear.

Last week, Cai Fang, vice director of the Chinese Academy of Social Sciences - a government research arm, said authorities would allow all couples in China to have a second child by some point in 2016.

China first relaxed its controversial one-child policy last year in a landmark ruling, allowing couples to have two children if one of the parents had no brothers or sisters. New rules will remove this condition and make a second child a choice for all.

Twenty seven-year old Zhao Ying, who lives in Beijing and works at a white collar firm, has recently given birth to a baby boy, and told CNBC she would definitely consider having a second child in the next three to four years, if the policy was relaxed.

"Of course, some couples think that it is too expensive to have a second child but there is always a way to minimize financial pressure and costs, such as re-using clothes, toys and finding a relative to look after the baby," she said.

"Having a child is far more important than saving money. So yes, if the policy does indeed go ahead then I will be a mum for the second time," she added. 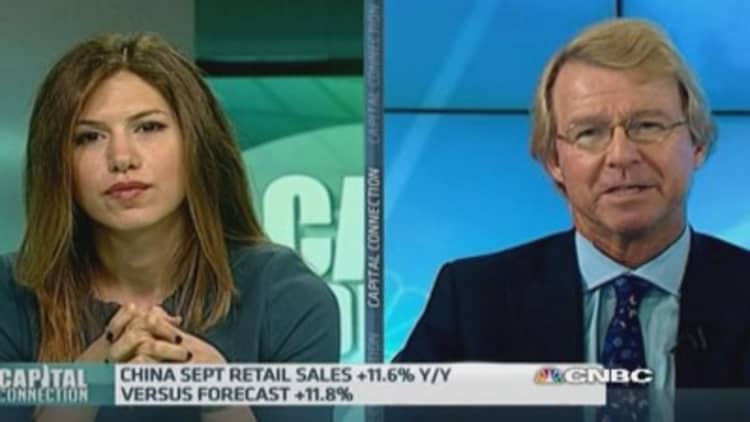 Ying's positive approach does not seem to be shared by all, however. So far only 3 percent of the 11 million couples eligible during in the first six months after the one child policy was initially relaxed have exercised their new right, data from the National Health and Family Commission showed.

And analysts have their doubts over whether the further move to fully relax the one-child policy will have much of an impact on China's birth rate, which stood at 1.66 births per woman in 2012, according to World Bank data, compared to the UK's 1.9 and the US's 1.88.

Read MoreThis is how fast China's workforce is shrinking

Meanwhile, Patrick Chovanec, chief strategist at Silvercrest Asset Management, told CNBC China's one-child policy, which has been in place since the late 1970s, was too firmly entrenched in the mindsets of Chinese people.

"One child has become the social norm in China. Surely some people will take advantage of the opportunity to have more than one child, but I don't expect the demographic trend to suddenly reverse," he said. "Even if it did, it would take almost 20 years for it to have an impact on the labor force and dependency ratios."

Chovanec drew parallels with Singapore, which he said originally encouraged citizens to have one child, but when the birth rate fell dramatically, switched the goal to two children and later subsidized parents to have three or more. But the birth rate continued to fall regardless.

Others had a more positive outlook on the development.

"People are starting to think differently. The middle class are not so worried about the constraint on their wealth. Anecdotally I'm hearing of a lot of people considering a second child and two children is not excessive," said Ding Shuang, China economist at Citi Investment Research.

China's controversial one-child policy was successful in nearly halving the fertility rate over the past three decades, at a time when China's rising population was a deemed a problem, but has brought with it a slew of negative side-effects, including a rise in sex-selective abortions and infanticide.

From an economic standpoint, it has led to concerns over a rapidly aging population and a decline in the working age population.

Read MoreChina's Fourth Plenum: What you need to know