What about the brainiacs?

Is this immigration game really worth the candle? I think not. And I say this as someone who is an immigration reformer, not a restrictionist. 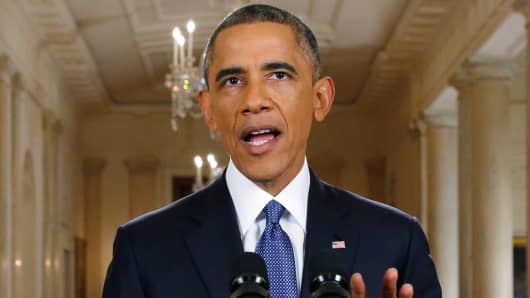 The free movement of trade, capital, and labor is strongly pro-growth. History shows that legal immigration is good for America, economic growth, entrepreneurship, job creation, and hard-working families. America must remain a city on a hill, attracting the best and brightest from around the world — a beacon of freedom.

The trouble is, President Obama's executive actions not only usurp powers that are not his, they don't really solve key immigration problems.

Read MoreObama: 'Our immigration system is broken, and everybody knows it'

Mainly, not even Obama is attempting to increase visas (that are the purview of Congress). Therefore there's no clear legal immigration process for the most important group: the high-tech brainiacs who are likely to be the entrepreneurial engines of new business start-ups and overall job-creating growth.

Tight limits on high-skilled worker visas and the whole wacky system of green-card, permanent-resident status are not being fixed. This can only happen through legislative change. In other words, Congress has to act (in this and a dozen other places).

So the Silicon Valley crowd is not cheering Obama's executive actions.

For example, the Silicon Valley Leadership Group, a trade organization representing nearly 400 tech companies, says the brainiac H-1B visas that are capped at 65,000 a year should at least be doubled. They also want some kind of legal status for science and math students. While Obama's action may let these students finish their studies without deportation, it's vague whether they can stay after that.

As Michael Barone has noted, it's the high-tech brainiacs that we want to invite and protect. They are more important than the low-wage groups. Even big-business advocates, like the U.S. Chamber of Commerce, the National Association of Manufacturers, and the Business Roundtable are underwhelmed by Obama's actions. Chamber president Tom Donohue told Fortune.com, "Meaningful and lasting immigration reform can only be achieved through the enactment of bipartisan legislation." (Italics mine.)

So here's Obama breaking all kinds of constitutional rules and losing important support.

Read MoreHow Hillary could lose in 2016

Another problem is that Obama's plan is not going to have much economic impact. His Council of Economic Advisors is predicting a GDP increase of 0.4 percent after ten years, a 0.3 percent increase in average wages, and a reduction in the federal budget deficit of $25 billion. Virtually no change.

In their report, the council also says the economy will do slightly better because of increased innovation from high-skilled workers. But as noted, we're not going to get any more high-skilled workers because the president has no authority to issue them visas.

Then there's the likelihood that the president's executive actions have "poisoned the well." If so, a bunch of economic growth measures will never go through. To my lights, the most important is business tax reform. A new Republican Congress is already very close to a compromise position that would lower tax rates for both C-corps and pass-through S-corps and LLCs. Repatriation of U.S. cash abroad is in that mix. Even President Obama has talked about a corporate-tax-reform compromise.

Read MoreBoehner: House 'will in fact act' on immigration

But with all the bad blood on immigration, the chances for a job-creating bill like this are very low. Perhaps the GOP will pass a good corporate tax cut, put it on the president's desk, and let him veto it, knowing they'll have a good 2016 campaign issue. But the U.S. economy could use that supply-side stimulus today, rather than in several more years.

The same is true for trade promotion. Free-trade bills are like tax cuts — everyone benefits. It's a global world, even for small businesses that would benefit from lower tariffs with Europe and Asia. And consumers would be the huge beneficiaries of lower-cost purchases. But this, too, will probably be stymied by the battle over immigration.

There are things in Obama's plan that look okay, such as the legalization of illegal parents who have been in the country for over five years, expanded eligibility for work permits, and increased eligibility for the so-called Dreamers who were brought into the country illegally. Another positive is the denial of access to Obamacare, food stamps, and other federal benefits. And there is no pathway to citizenship.

I don't know if I can trust the president on border security. Nor do I know if Republicans can or will put together an alternative immigration plan. All that's up in the air. But what I think I know is that the failure to solve the brainiac visa problem is a huge mistake.

Of course, all this could have been fixed. If the president had come to the GOP leadership and said, "Give me something in a couple of months," the whole immigration problem could be solved. But he didn't.

So now even I'm saying it looks like this game is not worth the candle.

Commentary by Larry Kudlow, a senior contributor at CNBC and economics editor of the National Review. Follow him on Twitter @Larry_Kudlow.