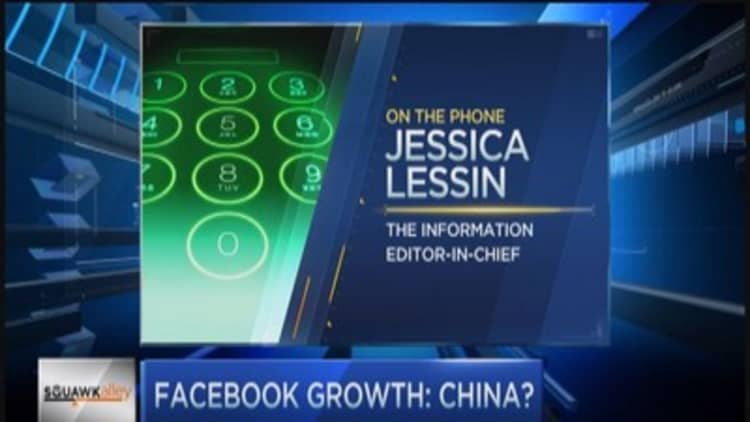 Facebook has left little doubt that it's primed to enter China, and more clues of its plans in the country will unfold in 2015, a technology journalist said Friday.

The social media company has laid a foundation for entering China, said Jessica Lessin, founder and editor-in-chief of The Information. But Facebook could revise its product to one different from the core site, depending on what the Chinese government will allow.

"It's clear that there is some move coming," Lessin told CNBC's "Squawk Alley."

"They're clearly accelerating their efforts there," she said.

Facebook in China may take a variety of forms. It could implement a version of the traditional site compliant with Chinese law or build "less sensitive" new or hybrid products that incorporate properties like WhatsApp, Lessin said.

She added that Facebook could potentially make a play in the gaming sphere.

"It is a multiproduct company and I think they're going to use that and those tools to their disposal to get there," Lessin said.

Whatever form it takes, Facebook's product would need to comply with government regulations. Foreign Internet and technology companies are "not a huge focus" for the Chinese government, Lessin noted. Officials have given no sign that they would loosen their stance in the near future, she added.