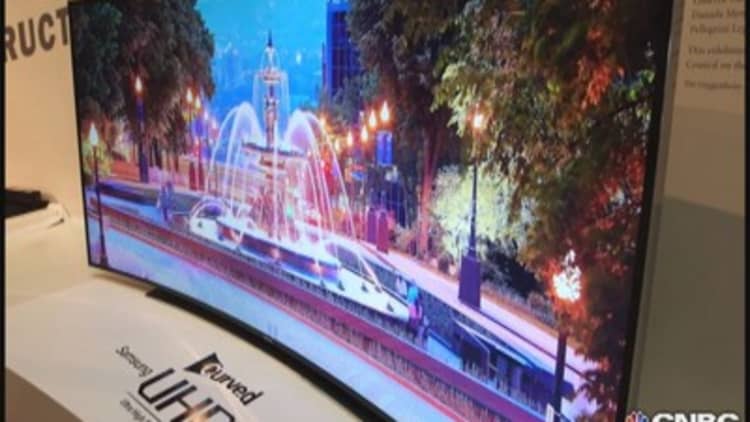 Samsung unveiled its 2015 lineup of SUHD 4K TVs at the Consumer Electronic Conference on Monday, highlighting its new quantum dot technology, which it says will deliver "unrivaled viewing experience."

The TVs will be powered by Tizen OS as the company looks to reinvent the software and push it to the masses.

Read MoreLG, Samsung goes against the grain, bets on PCs

The South Korean tech giant said SUHD technology will provide "elevated brightness up to 2.5 times brighter than conventional TVs and twice the color adjustment points for the most accurate color display," according to the product release.