I fear Obama will inflame the GOP

Based on what I have heard so far, I fear tonight's State of the Union will inflame and conflict with the new Republican Congress rather than bring about areas of agreement where both parties can work together to take the country forward.

But I am an optimist and remain hopeful that tonight, the nation will hear President Obama commit to get things done including pro-growth policies like the Trade Promotion Authority and revenue neutral business tax reform by a date certain. He could also signal a push for major charter school expansion. These would all be healthy signs that he is committed to putting differences aside and is focused on where there is bipartisan agreement that can move the country forward. 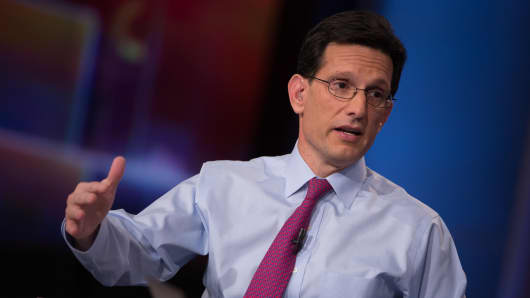 Facing a new Republican Congress in 1995, Bill Clinton called for changing the way government worked, making "it smaller, less costly, and smarter." In 2007 facing a new Democratic Congress, President Bush called for investments in alternative energy, education, and asked Congress to work with him on "comprehensive immigration reform." In acknowledging new political realities and looking for common ground, both Clinton and Bush angered some in their own party but nevertheless sought to lead. So the question is: Will President Obama do the same?

Read MoreSOTU Live blog: Get a recap of the key points and reactions

The country, Washington and much of corporate America is suffering from short-termism, a tendency to prioritize quick gains over long term goals. But the State of the Union offers the President an opportunity to change that course, to be bigger, broader and most importantly bolder. He may only have two years left in office, but tonight is his chance to show he can still lead and bring people together to solve the pressing issues before America. Let's hope he does, here's what to watch for…

The economy has finally started moving forward despite of, not because of Washington. The President and Congress have an opportunity to stay focused on a few things to improve growth and boost confidence; like trade, patent reform, and cybersecurity. I hope that's where the debate goes, but I fear that a renewed focus on policy differences may spill over into fights on the debt limit, highway funding, and other must pass items. Re-litigating these well known differences between the two sides will be a disservice to the American people.

The President has a chance to press for revenue neutral business tax reform. Early indications are, however, that the White House will focus on a redistributionist tax increase, which has little chance of passing either house of Congress, let alone becoming law. Sadly, we may look back and say this is the day when tax reform was killed for the next two years.

One of the more troubling aspects of the President's tax proposal is how it excludes families with a stay-at-home parent. The President could still take a page from Bill Clinton, and conservatives in Congress like Senator Mike Lee, and propose expanding the child tax credit. That would benefit families regardless of if one or both parents work. The President's proposal, however, seems to provide tax relief only in situations where both parents work outside the home. A much better way to expand the child tax credit would be to provide tax relief to families and allow them to make decisions on the childcare that works best for them.

And with reports that for the first time in 35 years business deaths outnumber new business births, it is exactly the wrong time to raise taxes on capital investments and our banks – which we desperately need to help provide the capital to create and grow new businesses.

Wage stagnation is an enormous problem, but we cannot expect to redistribute our way to wage growth. The single best thing you can do is to get the economy growing fast enough to lift wages. What we need is tax reform, greater trade opportunities, less regulation from Washington, and more high quality education opportunities like charter schools. 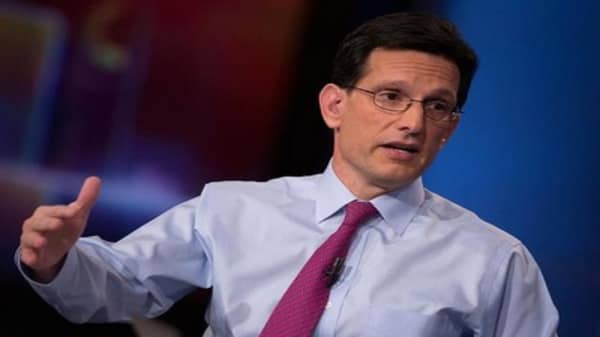 Our nation is facing a serious crisis in higher education: costs are soaring, quality is difficult to ascertain, and the incentives are aligned in such a way that fails both students and the goal of educating a diverse, high quality workforce. Education Secretary Duncan has, to his credit, attempted to tackle some of these problems with his focus on transparency. However, the early indications are, that the President's proposal will simply shift community college costs onto the federal government. The solution to the problems in higher-education lie in transparency, accountability and competition, not more government spending from Washington.

At a time when Europe is reeling from terrorist attacks, and the European government and its allies are looking for ways to strengthen their ability to stop terrorists before they strike, I hope the President makes an impassioned plea for Congress to quickly renew critical tools used to track terrorists. Many of these tools are set to expire on June 1.

Visiting with government officials and business leaders the world-over, one common fear I regularly hear is the decline of U.S. global leadership. Since World War II, U.S. leadership has protected the sea lanes, opened avenues of commerce, restrained dictators and despots, kept the peace, and more recently fought terrorists. Tonight, when the President is not just on the American stage, but on a global one, he should not fail to reassure both our allies and our enemies that the U.S. is committed to the global leadership and engagement that is so desperately needed.

Read MoreCantor: Here's what Congress needs to do in 2015

These are just some of the areas worth watching tonight but the bottom-line is this: If the President uses his penultimate State of the Union speech to drive an agenda that sets ideological fault lines instead of practical, achievable goals it is a missed opportunity for his Administration and his legacy. The country wants Washington to be productive in advancing public policy goals that help make America great and middle-class American lives better. There's a path to reaching that objective, let's see if he can find it.

Commentary by Eric Cantor, the former House majority leader, who served as the U.S. representative for Virginia's 7th congressional district from 2001 to 2014. He is currently vice chairman and managing director at Moelis and Co. Follow him on Twitter @EricCantor.