Building on the huge momentum two weeks ago, mortgage application volume jumped further last week, up 14.2 percent on a seasonally adjusted basis, according to the Mortgage Bankers Association (MBA). Total volume is now 41 percent higher than it was one year ago, though still low by historical comparisons. Unlike the previous week, however, this week's jump was driven entirely by refinances. 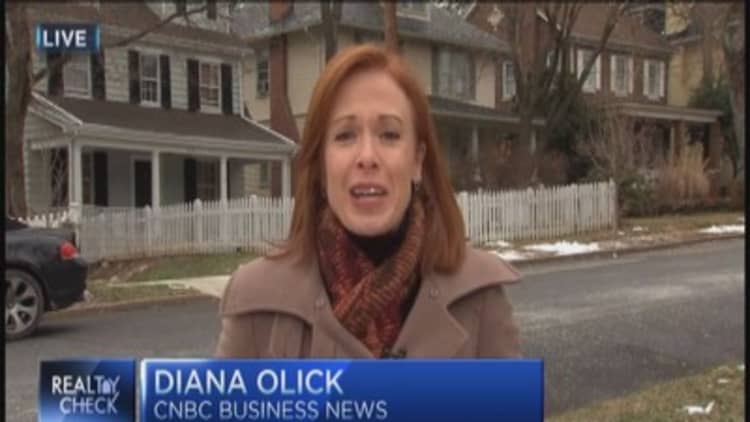 FHA, the government insurer of home loans, announced earlier this month that it would drop its annual premium from 1.35 percent of a borrower's loan balance to 0.85 percent, a move that could save the average borrower about $80 dollars on a monthly payment, according to CoreLogic.

It clearly shows that rates are not the only motivation to refinance, especially as mortgage insurance has been more prevalent since the housing crash. Rising home values also play into the equation.

Read MoreNearly half of home buyers don't shop for a mortgage

"The realities of price appreciation mean more of these borrowers are able to refinance in order to get rid of that additional monthly insurance expense," said Matthew Graham of Mortgage News Daily. "Borrowers who originally got loans in 2010-2011 didn't have enough equity to drop their mortgage insurance until rates were already on the way up in 2013. Last week's rates give them the best of both worlds, and it's really their first major opportunity to save more than enough to justify refinancing."

Rates haven't moved much yet this week, but the strongest borrowers are now able to get rates as low as 3.625 percent on a 30-year fixed rate loan.