Rare CEO skills that an Ivy MBA won't give you

Leadership, now more than ever, is much more than defining strategy, supervising management or even achieving outstanding results. The corporate lifespan is shortening, thanks to technology and faster commoditization of products. Jobs are transitioning into "on-demand" services. Transparency is no longer a high-minded aim but the starting point for governance.

Leaders and CEOs, in particular, need to master the art of foreseeing and anticipating the future. If they don't, it's easy to predict where things will end up: in what's called the Founder's Trap. Entrepreneurs are risk-takers by definition, but on the risk scale, the Founder's Trap is like the biggest roller coaster in the world, the skyscraper of thrill rides (if you need a visual aid, see the image below). 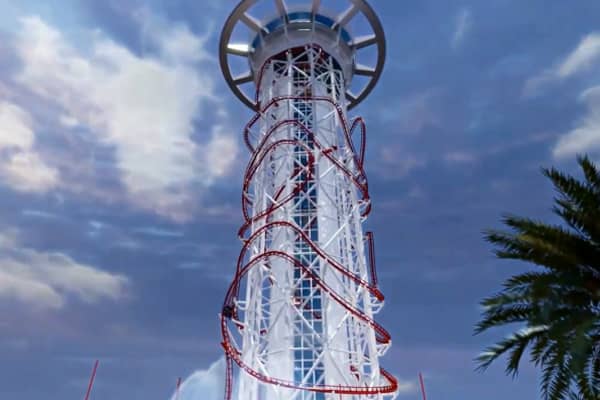 It's not difficult to figure out when the Founder's Trap event could happen. Just take a look at co-founders, profile them by current role, interests and motivation, extrapolate these variables in time (age) and match them toward company needs. Will they keep the same commitment and dedication? More importantly, what will the company require from them at a later stage?

Committing to a succession plan; rolling out stock options; releasing equity to management and, with that, authority; letting others lead and inspire your team in their own way; being replaced in the headlines and interviews when you have been in the lead for so long — these are arguably the most difficult choices for a founder.

Fear of losing control is the ultimate management weakness. It can trigger an early decline of a company. So while the timing is debatable, the Founder's Trap event itself can't be avoided if a successful transition isn't made. I've identified three underappreciated "people" that leaders need to be to avoid this fate.

1. Transition from the selfish to self-aware individual.

Self-awareness is essential. What are your limitations and your true inner motivations? It is imperative for founders to detach themselves from their company, embracing it as an independent entity with its own needs and demands to grow and prosper.

In a way, it's like parents letting a child go to college. You may be terrified, but you also know it's the right thing to do — even if not the easiest, or even right, thing for you.

In a business context, self-awareness is about being humble enough to admit you may not be the right individual to run your own company any longer, and with that, comes the jump of faith, the need to trust others to take on what you have built.

This open letter to employees by Groupon's former CEO Andrew Mason upon his exiting the company is a very illustrative example of humble leadership (a matter of debate, though, if the timing was as well chosen as the words).

2. Become a storyteller or lose control of the narrative.

If it's not yet a mandatory skill, the art of storytelling has become a much-hyped skill for navigating through the complexities of leadership pre- and post-Founder's Trap:

For any leader, considerable interaction is required with an array of stakeholders: investors, shareholders, management, employees, customers, suppliers/partners and the public. To deal with this bizarre ambiguity and manage everyone's expectations, leaders need to adapt their speech accordingly and convey a meaningful story for each and every audience (or a combination of audiences, eventually). A one-size-fits-all message does not do the job anymore.

If you are a successful CEO delivering a compelling vision to stakeholders, you have consciously or unconsciously created a set of expectations that will vary, depending on the recipients. But beyond sketching out a vision, it is equally important to land these expectations and match them toward the perceived reality.

If the gap from expectations to reality is too big, be prepared to fork over another credible story to make sense out of what's happening. Empathy and credibility, combined with your ability to articulate a narrative around the necessary changes, are part of a continuous process of rebuilding expectations (and generating hope) through storytelling.

A perfect example is this open Google founders' letter. This one, from a few years ago, is a masterpiece that literally teleports the reader to a Utopian (self-driven cars) future:

3. Change your fortunes by channeling your inner fortuneteller.

Founders with C-level roles must anticipate the moment when their companies will outgrow them, then plan accordingly and be prepared to release control and power for the greater benefit of the corporation. Self-awareness won't be enough if it's not combined with foresight that borders on the skills of a fortune teller.

Leadership and fortune telling aren't dissimilar: They both require a deep understanding of where things stand. A fortune teller in real life would look at us (the customer) to get a glimpse of our age, marital status, physical condition, emotional status, etc., and use all this data to build a story. In the corporate world, we call it fact-based management, with decisions based on evidence and proper due diligence on the current state of affairs. This forms the basis for educated predictions.

And there's always more than meets the eye for any successful fortune teller or outstanding leader who has to read well beyond reports and financial spreadsheets. In the same way a fortune teller would look at your watch and your clothes to estimate your income level using Sherlock Holmes' science of deduction (otherwise known as reverse engineering), successful leaders will render vital metadata to predict future scenarios.

You can learn a lot from a 1950s cult sci-fi movie killer robot.

"Forbidden Planet" is one of the greatest sci-fi films of the '50s. It depicts a military crew traveling in a starship. The plot develops on a distant planet where the characters fight invisible monsters of extraordinary power. For those of a certain age, you may recall a frightening 7-foot-tall Robby the Robot. "Forbidden Planet" is his movie.

The mysterious creature appeared out of the blue, striking violently and murdering the chief of engineering and two other crew members. Twenty-third-century weapons proved useless.

The visitors learn that the killer robot is driven by the hidden agenda of a human scientist stranded with his family on the remote planet a long time ago. They find an incredibly advanced technology from an ancient and extinct native race. A technology capable of enhancing human intellectual abilities beyond belief, which the scientist had used on himself. Ultimately, the killing monster was nothing more than an extension of the scientist's own mind, an unconscious manifestation of his own fears in the physical world, his own "evil self."

The unconscious manifestation of harmful ideas is an idea we see founders fall victim to as their companies evolve. We see it in start-ups, as well as small, medium and large companies. Founders accumulate power to a point they unconsciously create harmful dynamics, hindering the capacity of the company to grow, enter next stages or transform. 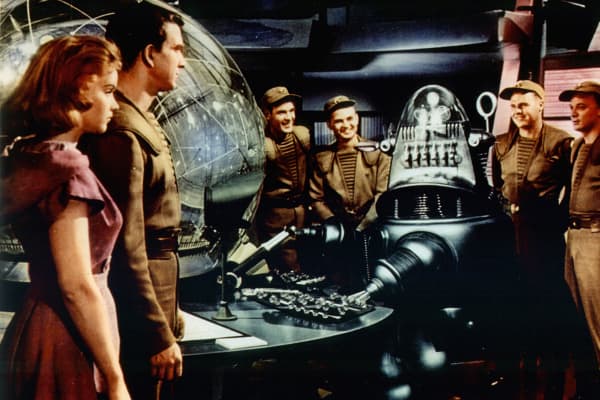 Metro-Goldwyn-Mayer | Getty Images
Anne Francis and Leslie Nielsen watch as the robot takes the controls of the spaceship in a scene from the film “Forbidden Planet.”

What happens when founders are not able to release control of their company? The invisible killing monster is released, fed by the unconscious "evil selves" of the founders, and he gradually destroys everything in his path.

Founders tend to protect their parcels of control and finally retreat to their comfort zones, limiting the ability of the company to grow and embrace new initiatives. Talent is lost, as there are no proper long-term retention mechanisms. People and management lose faith in the company. With time a zero-risk policy becomes the default decision-making criteria, and the CFO takes over the reins.

Your ability to foresee the founder's trap event and align your partners, shareholders and company's interests for a successful transition relies on having the skills of these three people.

Otherwise, all you have been fighting so hard for will be lost.