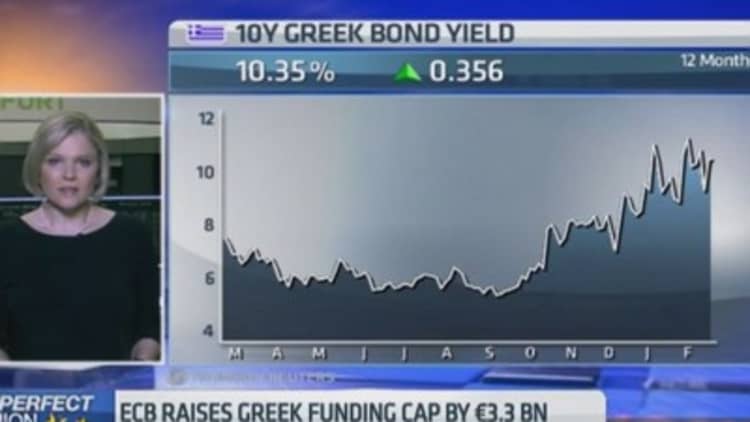 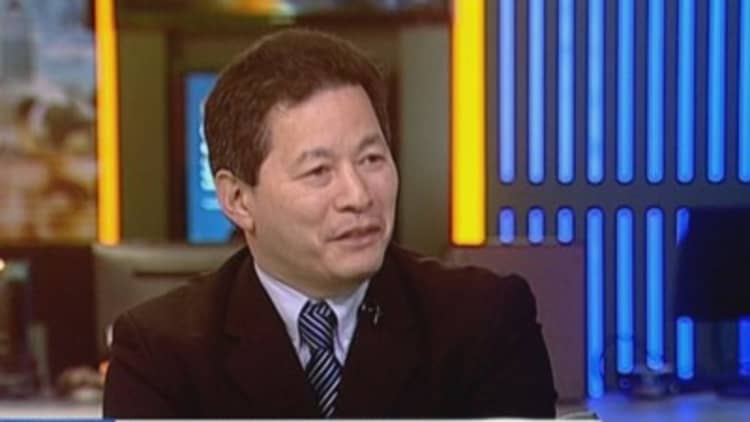 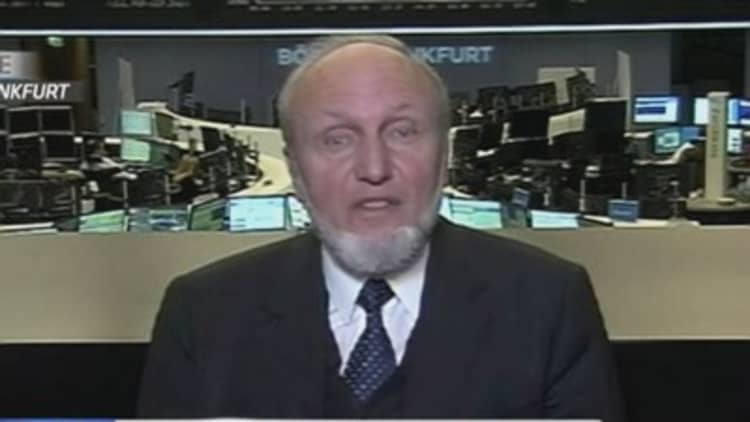 Germany has rejected Greece's application to extend its loan agreement and renegotiate the terms of its bailout, raising the very real threat of Athens running out of money in the coming weeks.

The Berlin government said on Thursday that Greece's application for a six-month extension of its loan and a renegotiation of some of its terms was "no substantial solution."

"In truth it goes in the direction of a bridge financing, without fulfilling the demands of the program. The letter does not meet the criteria agreed by the Eurogroup on Monday," German finance ministry spokesman Martin Jaeger said in a statement.

In the proposal, the left-leaning Syriza Party had offered a series of concessions to its previous hardline stance that it would unilaterally scrap the austerity measures imposed as part of the country's 240 billion euro ($270 billion) bailout. It pledged to work with the European Union and the International Monetary Fund in reworking the terms of the bailout and to not make any unilateral decisions when it came to the terms of the austerity package.

The Eurogroup of finance ministers from the 19 countries that use the single currency is due to meet on Friday to discuss the Greek plan. There has to be unanimous agreement among the group for any policy decision to go ahead.

The current program—which included the EU and IMF as creditors—was due to expire in little more than a week. Without further funds, Greece would soon run out of money raising the prospect of a default on its bonds and a possible exit from the euro zone.

Europe's markets were broadly flat on the news of the Berlin rejection, however, and the euro was down 0.12 percent against the dollar at $1.138.

The Athens government responded to the German rejection by saying it was up to the entire Eurogroup to decide on the proposal. "Tomorrow's Eurogroup has only two options: either to accept or reject the Greek request," a government official said, according to Reuters.

"It will then be clear who wants to find a solution and who doesn't."

Overnight, facing the prospect of Greece's banks running out of cash, the country has been allowed more provisions via a Emergency Liquidity Assistance from the European Central Bank. This differs from its main bailout program and doesn't include the tough austerity policies that Greece policymakers are trying to negotiate over.

Hans-Werner Sinn, president of the Munich-based Ifo Institute for Economic Research, said Greece's creditors needed to "face the truth" and realize the country is bankrupt and needs to undergo a devaluation in order to regain competitiveness.

"Going to the drachma is the only possibility I believe, because then the economy will be revitalized rather quickly," Sinn told CNBC Thursday.

"We have to accept that as creditors and face the truth and reduce the burden to the Greek people," he added.

He argued that the drachma—its currency before it adopted the euro—would help stimulate the country's economy. For example, Greece would stop importing agricultural products from other euro zone countries if it were using the drachma because they would be more expensive, Sinn said.

"The people will go to their farmers and buy the products there, so there will be more jobs there," he added. "Second, tourists will come back from Turkey and go to Greece."

He added that Greeks who have transferred money abroad because of fears of capital controls would be more willing to bring it back to the country and buy cheaper real estate. This would lead to a construction boom and potentially a fillip for manufacturing too, the widely respected economist argued.

Bob Parker, senior investment, strategy and research advisor at Credit Suisse, told CNBC the level of brinkmanship in the region was "quite extraordinary"

"I really have to question whether actually people realize the downside risk if there is a Greek exit. What would be the writeoffs, for example, at the European Central Bank?"