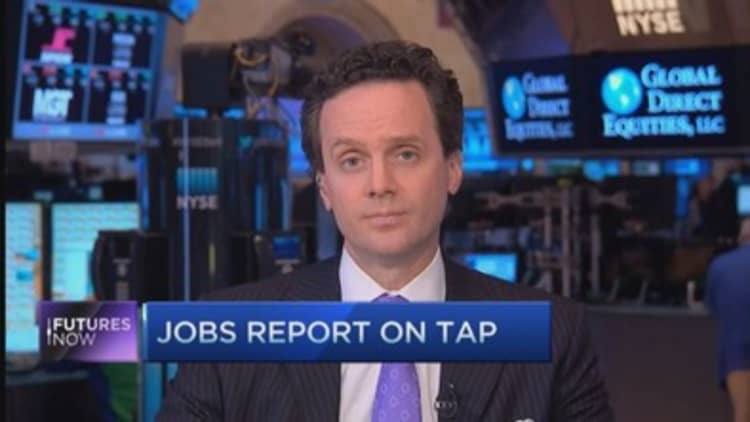 February's employment report should show steady growth in nonfarm payrolls, but hiring was likely below recent trends and bad winter weather may have crimped some activity in construction, retail and restaurants.

Economists forecast 240,000 nonfarm payrolls were added in February, down from the 257,000 in January and below a three-month trend that, with revisions, was the strongest pace of hiring since the 1990s at 336,000. The unemployment rate is expected to have slipped in February to 5.6 percent from 5.7 percent, when the report is released at 8:30 a.m. EST Friday. 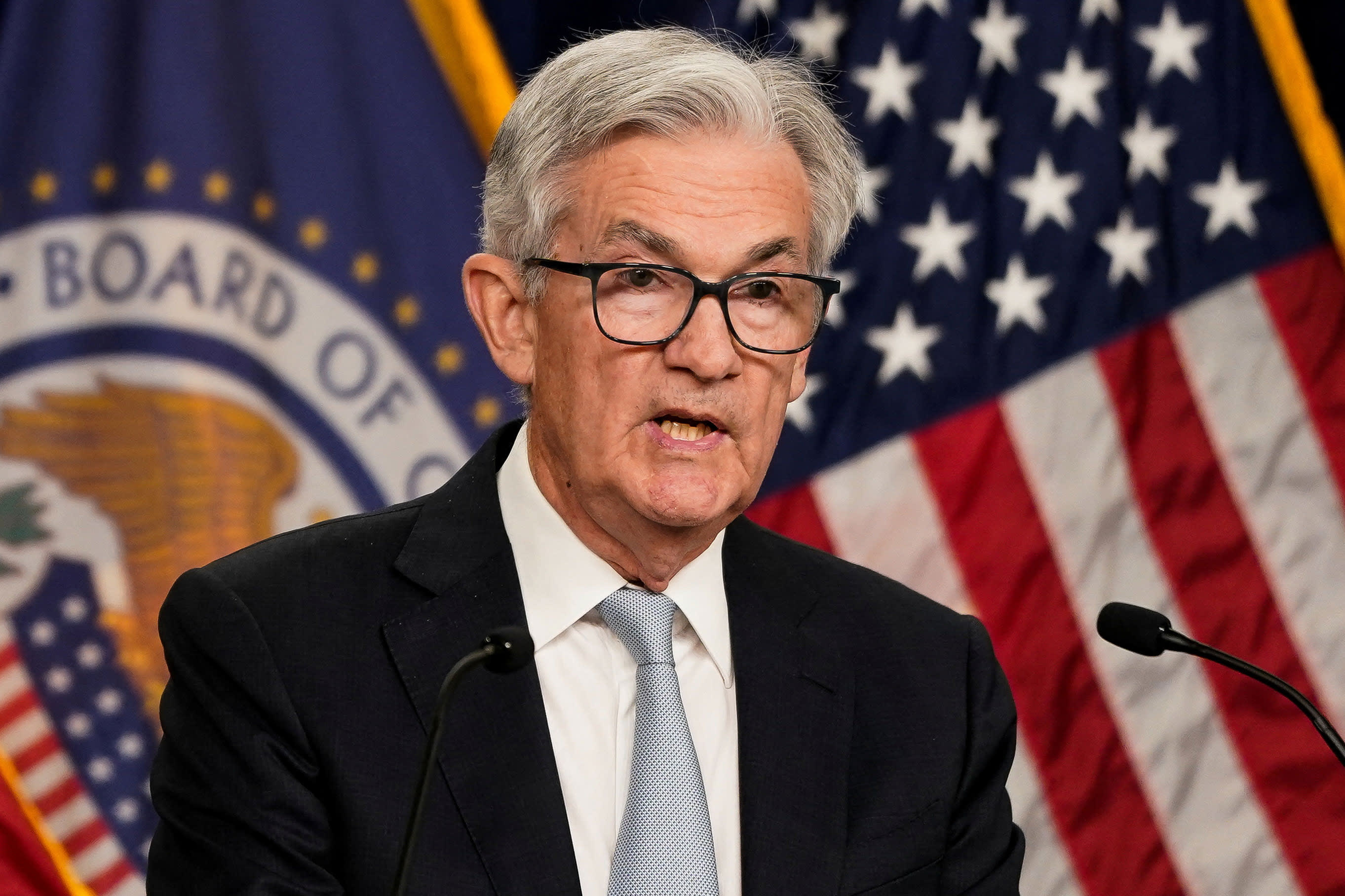 Critical inflation report could be the key to the week ahead, as the Fed meets
Patti Domm
2 hours ago

The February jobs report is expected to show just a temporary slowing of what is seen as a very strong jobs trend by a number of economists. "3.2 million jobs created last year was the best since 3.187 million in 1999," said Joseph LaVorgna, chief U.S. economist at Deutsche Bank. He expects to see 250,000 nonfarm payrolls for February.

Pedestrians pass by a 'help wanted' sign in a restaurant in the Back Bay neighborhood on February 5, 2015 in Boston, Massachusetts.
Ann Hermes | The Christian Science Monitor | Getty Images

In an informal survey of economists, estimates for winter weather impact ranged from about 15,000 to 50,000, though LaVorgna sees little effect from weather.

Stephen Stanley, chief economist at Amherst Pierpont Securities, expects 220,000 jobs were created in February. "I think the trend is in the high 200s. ... If not for the weather, I'd be looking for a much bigger number," he said. Weather could have dampened the number by 25,000 to 30,000 jobs, but that the rapid hiring pace of the past three months was also due for a breather, Stanley said.

Diane Swonk, chief economist at Mesirow Financial, sees a bigger impact from weather. "We know we have disruptions in construction. There are also lots of work stoppages related to West Coast ports, and we had a steelworkers strike. That's 6,000 workers in manufacturing," she said. "It seems like we'll lose 40,000 to 50,000 due to the weather. We'll probably get that back in March." Swonk expects to see 210,000 nonfarm payrolls.

The jobs report is one of the most important pieces of data watched by the Fed and for that reason, the markets will be hypersensitive to it. Swonk said the weather impact will be fleeting but it could send mixed signals to the Fed.

"There's a lot of disruptions. It hits transportation as well. How much of it shows up in the employment report? We know it's transitory. It blurs our vision and that's not what the Fed wants right now. I think they'll still move to remove 'patience,'" she said. The word "patience" is widely expected to be dropped from the central bank statement later this month, and it would be seen as a signal the Fed is on the path to raising rates and no longer waiting for improvement in jobs and the economy.

Economists also are watching the employment report for a potential increase in wages, an important trend to the Fed as wage growth is a precursor to inflation. However, LaVorgna said a more rapid increase in wage growth in February may just be a once-off number due to a technicality. He said if hours worked decrease due to weather that could artificially drive wage growth higher. Hourly wages grew faster than expected in January, increasing a half percent.

LaVorgna does not expect to see a big hit to hiring from weather, as tax receipts remain strong. "If there's a weather effect, it will show up in hours," he said, noting it did last year. He expects to see hours worked at 34.5 hours, slightly below consensus. He also expects to see a 0.3 percent increase in hourly earnings. "I wouldn't rule out a 0.4 increase. The consensus is 0.2," he said.

Other negatives for the jobs number could be the loss of energy workers, as oil drilling slowed amid the steep slump in oil prices. Oil gained in February for the first time since June, but rig count continued to fall through the month.

"The layoffs in the energy industry are starting to gather some strength," said Moody's Analytics' chief economist, Mark Zandi. He estimates about 10,000 jobs could be lost in that industry last month.

Stanley said energy workers were never a big part of the employment gains, adding just several thousand a month, so he does not expect to see a very big impact from energy firings.

"For every job that you're losing in terms of the oil industry, you're probably gaining that many by the consumer spending more," he said.

While they may not agree on the nuts and bolts of Friday's report, economists agree that the labor market shifted into a higher gear last quarter and future hiring looks promising.

"Over 300,000 (a month) is not something you can maintain over time. I think the underlying job growth is probably around 250,000, and that's 3 million a year, which is a good year," said Zandi. "If that rate of job growth is sustained, we'll be back to full employment in summer, 2016." That would be an unemployment rate of 5 percent and a reduction in long-term unemployment as well as the number of workers that would work full time instead of part time if jobs were available.

One missing ingredient has been wage growth, but anecdotally the trend is changing, with Wal-Mart's increase in wages for its workers considered an important signal.

"The most encouraging thing most recently has been the surge in open positions. That's a good leading indicator," Zandi said. "In the ADP data, we do get a sense of wage growth for people that are moving jobs. That seems to be accelerating in the fourth quarter. The average wage increase for a 'switcher' was almost 15 percent, and the biggest pay increases were for millennials."