DuPont win over Peltz is a victory for long-term investors

In the seminal proxy contest of the year, DuPont CEO Ellen Kullman and her board prevailed over an aggressive attack by activist investor Nelson Peltz and his Trian Fund, who nominated himself and three other directors. The re-election of all 12 members of the DuPont board is a significant victory for long-term investors who supported Kullman's transformation of this 212-year-old company, one of America's crown jewels of science and innovation. 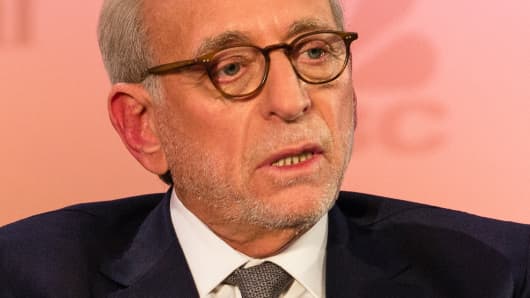 In an era of growing focus on near-term gains, the proxy contest raised an important issue: could an activist investor holding less than 3 percent of the company's shares prevail over a highly successful management team overseen by a united and prestigious board?

In recent years, activist investors have been gaining support. Actively-managed funds that are struggling to beat index funds in order to justify their much higher fees have been voting for the activists. Support for the activists from the media and academic circles has been growing as well. In today's shareholder vote, the majority of DuPont shareholders backed continuation of Kullman's leadership and her strategy that is transforming DuPont and creating great results in the market. The wisdom of long-term investors prevailed as they ignored the proxy-advisory services and made their own decisions to vote for the DuPont board and Kullman.

This proxy contest also reflected the shifting focus of activists to challenge highly successful companies like Apple, Amgen, Allergan, PepsiCo, eBay and DuPont, rather than attempting to go after poor performers that lack clear strategies. Perhaps the activists learned the pitfalls of attempting to transform these poor performers from Bill Ackman's enormous losses incurred in trying to run J.C. Penney. On the other hand, they may feel there is little downside to investing in these top performing companies.

Whatever the reason, Kullman's tenacity may cause activists to think twice about starting a proxy contest against well-run companies led by successful CEOs with capable boards. Let's hope so, as these fights are enormously distracting for both the management and the board. In Peltz's case nothing was contributed that wasn't already being done by Kullman in leading the transformation of DuPont.

I support activist investors who work quietly with managements and board to improve struggling companies. Such was the case with Jeff Ubben of ValueAct in encouraging Satya Nadella's replacement of Steve Ballmer as CEO of Microsoft, and Ralph Whitworth of Relational Investors in encouraging Home Depot to replace Bob Nardelli with Frank Blake. As chair of Hewlett-Packard, Whitworth skillfully led Meg Whitman and the H-P board to split the company into a hardware company and a systems/software company. The contributions of these behind-the-scenes activists are already apparent in these companies. But their strategies are vastly different than the very public attacks on successful companies that other investors have waged. Peltz's defeat could be the Waterloo of the latter, as more CEOs may be emboldened not to capitulate to their bullying tactics.

The defeat of Trian's nominees also reflects the waning influence of the proxy advisory services like ISS and Glass Lewis, both of whom supported Peltz and his slate. Today the leading institutional investors have formed committees that carefully weigh the pros and cons of each side's arguments and reach their own conclusions. This is all for the better. Unlike the advisory services who hold no shares in these companies, institutional investors have a large stake in their long-term success, as well as a fiduciary duty to vote their shares in the best interests of the actual owners of the stock. Not being short-term traders, they have to live with the long-term consequences of their decisions.

There is also a growing recognition from institutional investors that all the great value-creating companies of the last 25 years are led by CEOs and boards with long-term visions and strategies. Hence, companies like Berkshire-Hathaway, Wal-Mart, Intel, IBM, FedEx, Microsoft, Genentech, Amgen, Medtronic and Exxon give their owners consistently strong gains, and are now being followed by newer companies like Apple, Google, Starbucks, Amazon, and Facebook. But reaping the rewards requires long-term investments that pay off over decades.

Read MoreHedgie: This biotech stock is going to zero

In the end, however, the success of DuPont over Trian comes down to one exceptional and highly authentic leader: Ellen Kullman. A 27-year veteran of DuPont who was raised in Wilmington, she has repeatedly demonstrated the vision and the courage to transform one of America's greatest companies into a highly competitive specialty chemicals firm that can compete effectively on the world stage. In the face of withering attacks and enormous pressure to change course, Kullman did not deviate from her True North. In the end, she deserved to prevail.

Bill George is senior fellow at Harvard Business School and the former chair and CEO of Medtronic. He is the author of the book "True North." Follow him on Twitter @Bill_George.

Disclosure: Bill George owns shares of Medtronic and his pension/retirement plan is from the company. He does not own shares of any of the other companies mentioned in this article, nor does he have any other business relationships with the companies.