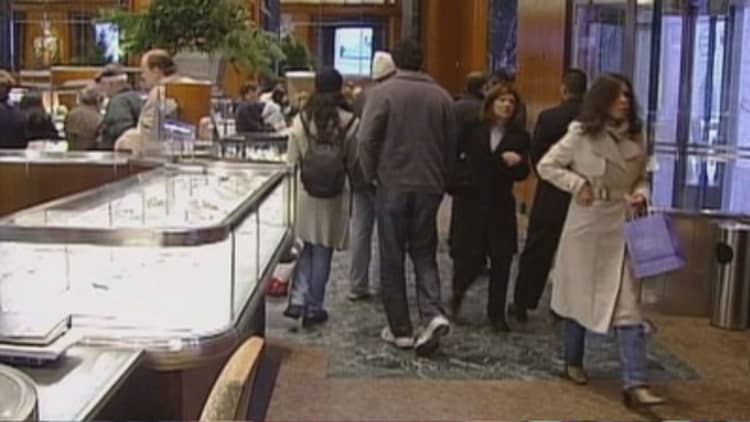 watch now
VIDEO0:3400:34
Tiffany gets its sparkle back
Luxury

Revenue fell to $962.4 million from $1.07 billion a year ago, as a strong dollar discouraged tourists from spending in its U.S. stores and reduced the value of overseas sales.

Analysts expected the retailer to report earnings of 70 cents per share on $919 million in revenue, according to a consensus estimate from Thomson Reuters.

While revenue fell year over year, Ike Boruchow, senior research analyst at Sterne Agee, noted that Tiffany beat expectations in every geographic region. He singled out its business in Europe as a bright spot.

"Luxurywise, I think Europe is on sale right now if you look at what the exchange rates have done to the price proposition there. I think you're seeing a lot of tourist flows there," he said on CNBC's "Squawk Box."

Tiffany shares have dropped more than 20 percent this year. The luxury retailer has taken part of that hit since its quarterly results in March, when it reported a decline in revenue on flat holiday sales.

U.S. comps returned to positive territory in the most recent quarter, giving investors a reason to be more confident, Boruchow said.

—CNBC's Terri Cullen and Tom DiChristopher and Reuters contributed to this report.