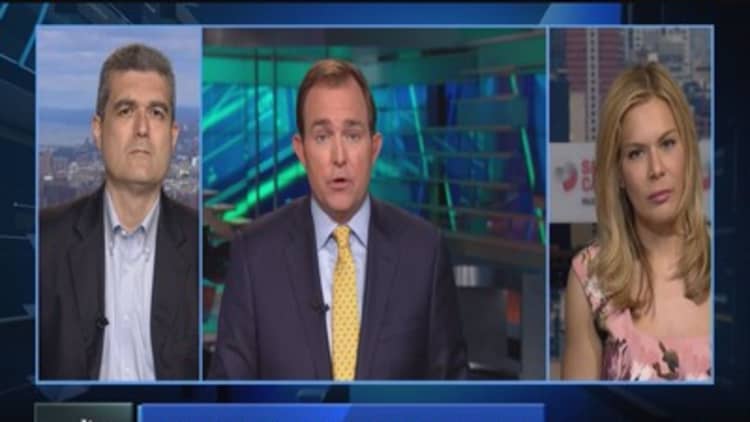 Semiconductor stocks have slid 6 percent since May, which makes them the worst-performing industry group for the month. And one of the culprits appears to be broad concerns about the pace of global economic growth.

"Historically, semi sales are highly correlated to global GDP," said Erin Gibbs, equity chief investment officer with S&P Capital IQ. "Overall, so many conductors are always dealing with choppiness in demand, and always having to control their supply. We still see decent growth coming out of the U.S. as well as Europe, and we see a longer-term upturn trend, but there is going to be some volatility with that trend."

Betsy Van Hees, who covers semiconductor stocks for Wedbush Securities, says that broad insecurities are mixing with a bit of market consolidation to create the weakness.

"The group has had a big run, so we are seeing profit-taking and derisking as we head into summer, and questions regarding the strength of the second half," the analyst wrote to CNBC.

Additionally, it's not just semiconductor sales that may be affected by the macro environment—the rampant deal-making in the group could also slow down. Thus far in 2015, there has been $80 billion worth of mergers and acquisitions in the semiconductor space, which is the largest on record for the year-to-date period, according to Thomson Reuters. In two notable transactions, Intel agreed to acquire Altera and Avago Technologies is buying .

"Perhaps part of the reason why you're getting a little bit of nervousness is because you're having a change in monetary regime now, and people are worried that if easy money is going away, it's going to be a little more difficult to do M&A, and it's going to be a lot more expensive to do new builds," said Boris Schlossberg, a macro trader with BK Asset Management, referring to the Federal Reserve's expected move to raise short-term rates.

Gibbs spots a floor in the stock not far from here.

"The semiconductor industry is trading at 15.3 times forward earnings, coming off of its high-point valuation just a week ago, when it was trading at 16.2 times. In the past two years, getting into semis whenever they traded below 14.5 times has been a good short-term entry point," Gibbs wrote to CNBC on Tuesday.

"That means the S&P 500 semiconductors and semiconductor equipment industry index would need to drop about another 5 percent."

Want to be part of the Trading Nation? If you'd like to call in to our live Monday show, email your name, number and question to TradingNation@cnbc.com.