Fitbit vs. Apple Watch: Room for both?

Apple Watch has been dominating the headlines, with the watch finally appearing in retail stores after a two-month wait. However, amid the press around Apple¹s latest offering, Fitbit increased its IPO price and share availability based on high issue demand. The stock jumped more than 50 percent on its debut. 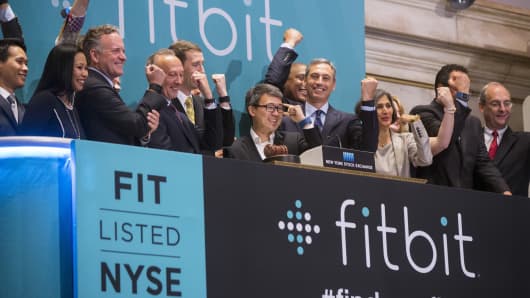 The skeptics will say that there's no way Fitbit can survive, given the competition from the marketing juggernaut, Apple. I don't agree. The competitive marketplace is not composed of one winner and the rest losers, particularly when the two products lines are designed to attract differing segments of the wearables category. There's plenty of room for more than one company in the fitness marketplace, particularly given that the Apple Watch is not primarily a fitness device.

Fitbit is positioned as a lower-cost alternative with better battery life to provide a focused experience on heart-rate monitoring, odometer-related functions, and other fitness calculations. Despite Apple¹s huge watch launch, it is attempting to deliver a product that does many different things. Not so with Fitbit. There still is a market for a more slimmed down product that's focused simply on fitness.

Companies like Pebble are the ones that have to worry as Fitbit and Apple continues to push forward. The Pebble product works as advertised with a seven-day battery life and handles other items such as schedules and email.

Pebble, however, is competing with Apple and its marketing prowess, while Fitbit is attacking a different wearable segment.

I think Fitbit is well-positioned to be a lasting player in the dedicated fitness-tracking space. Other manufacturers exist and will grab small percentages of market share, but I see Fitbit continuing its market growth. The company has generated almost $1 billion in recent revenue which is an astounding number considering where the company was several years ago. That's why the IPO price and offering size increased; investors are betting on the same thing.

Be careful about valuation. PE ratios matter and, by any measure, Fitbit is priced at the high-end from a valuation standpoint. Still, there is opportunity in the fitness space for the diligent investor willing to take profit on bumps up in the stock price in a company poised to capture opportunity from the growing perspective that a healthy lifestyle is the right lifestyle.

Read MoreApple Watch will be big by the end of 2016: Analyst

Commentary by Michael A. Yoshikami, the CEO and founder of Destination Wealth Management in Walnut Creek, California. He is also a CNBC contributor.

Disclosure: Michael Yoshikami owns Apple stock and Destination Wealth Management buys it for clients. Neither he, nor the firm, own shares of Fitbit.