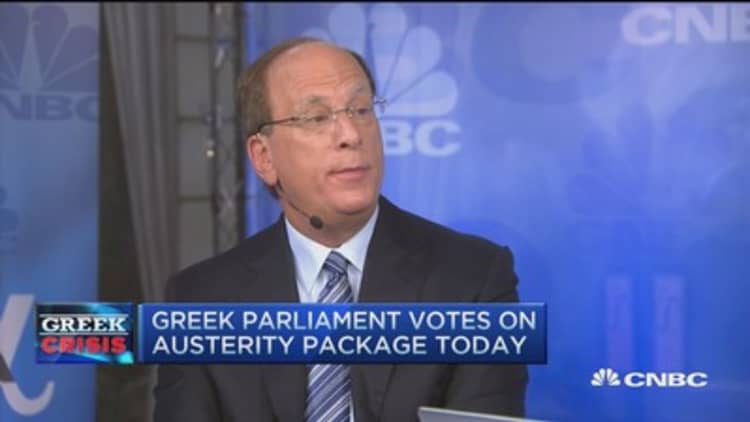 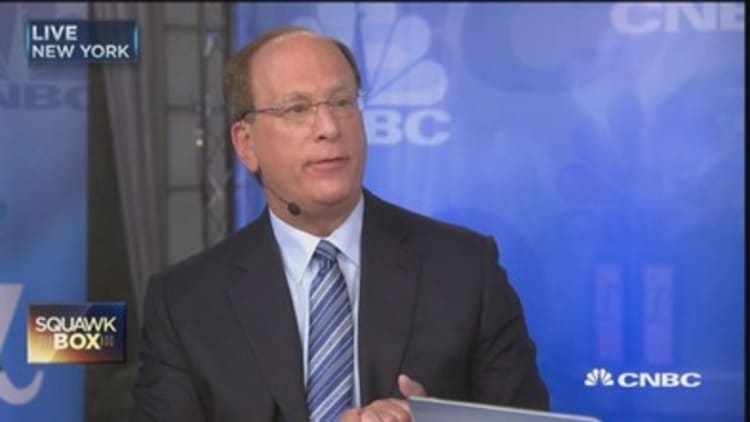 European creditors were right to stand up to Greece and should not adjust the terms of its debt until they see a "full, firm commitment" from Athens, BlackRock CEO Larry Fink said Wednesday.

"The contract and prior funding by the creditors to Greece was a contract to the state not to a political party. A new political party came in and said, 'We're going to renegotiate,'" Fink told CNBC's "Squawk Box." "As a creditor you can't go to your bank and say, 'I want you to renegotiate.' It just doesn't happen that way."

"I think it was really important that Europe stood firm. You could not allow that same type of behavior to move to Spain and Portugal," he added. "I think a firm Europe was necessary."

Greece's government votes Wednesday on reforms that creditors have insisted upon for a third bailout.

When the Greeks pass the reforms, a renegotiation of the terms would be in order, Fink said. "The little hidden secret is most people know they'll never be able to pay it back."

Fink made his comments at Delivering Alpha conference, presented by CNBC and Institutional Investor magazine. With $4.77 trillion in assets under management, BlackRock is the world's largest asset manager.

The fundamental problem for Greece is that while one would expect outbound money to return once the dust clears, not all of the wealth that has fled the country will come back, Fink said.

"Since this crisis, most of the wealthy have left. The sad social issue is the people who are in Greece now are the poor and the middle class. They are left with this tremendous noose around their neck. This is a social catastrophe because money is so portable." 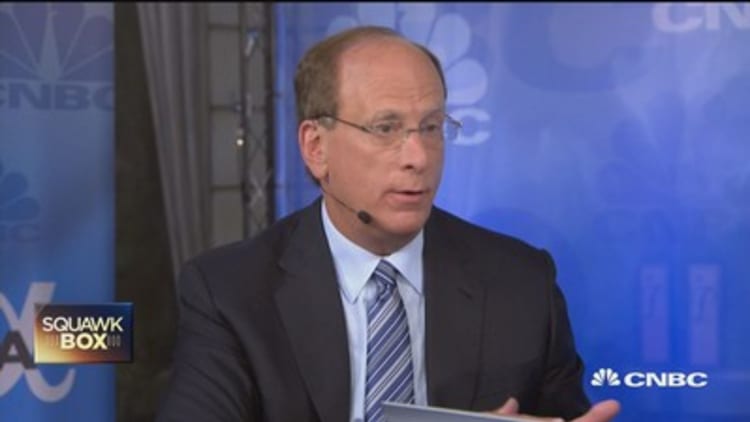 As for interest rates, Fink said he would be surprised if the Federal Reserve does not begin raising its benchmark rate in September.

"They said they want to raise it. They've talked about it. They've already said if the data comes out in the zone that we're in, they're going to raise rates. They want to begin that path," he said.

However, the Fed must worry about the strengthening dollar and could be tentative if it sees weakness in Europe, he said. "We can't afford to have the dollar go to parity with the euro."

This week's disappointing retail sales data is also concerning because it is further evidence the consumer is saving more as Americans get closer to retirement, he said. 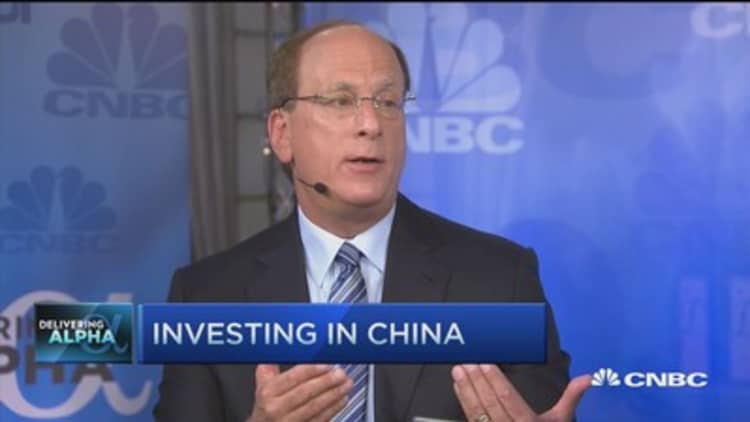 Looking to China, Fink said he believes its economic growth will slow indefinitely and the country will evolve to allow more foreign capital, a process that will also lead to investment being judged in more capitalistic ways.

"Unquestionably a year ago China was very cheap. I would have said today China is borderline expensive," he said. "If you do believe it can grow 6 percent plus for the next five years ... it's probably cheap."

As China continues to transition from an export-led to a consumer-oriented economy, it will create more jobs but its GDP will grow at a slower pace, he said.

"You could argue China's on a path for its economy to continue to evolve and slow down, and unless we have more global demand for their exports, unless they have more competitive companies, unless the consumer starts beginning to consume more, we're going to see a slower China, which is not frightening to me, it's just a path that they're going to go down and maybe valuations are still a little high."

Don't bet that the bottom is in for what were high-growth tech firms, private equity investors say
Eric Rosenbaum
How FTX 'death spiral' spelled doom for BlockFi, according to bankruptcy filing
Rohan Goswami
Impactive Capital takes an unprecedented step to seek change at Envestnet. This is what could happen next
Kenneth Squire
Read More