Prior to September 2012, a company faced with a patent-infringement lawsuit brought by a patent troll (an entity that acquires patents just to seek cash payouts from other patent holders), your only recourse to invalidate the troll's nuisance patent was through the federal courts—a very costly and time- consuming effort.

In an attempt to increase efficiency and protect innovation, Congress passed the 2012 America Invents Act (AIA). It established "inter partes review" (IPR), a quick and easy way to get rid of nuisance patents. The results have been quite impressive with more than three-quarters of the patent claims challenged via IPR being invalidated upon further review. But, while the system has been very popular and effective for technology companies, two unintended consequences of the IPR law have given rise to practices that very much hurt biopharmaceutical innovation—"reverse trolls" and stock manipulation. You see, those acting in bad faith also have a legal right to file such challenges, and they do. 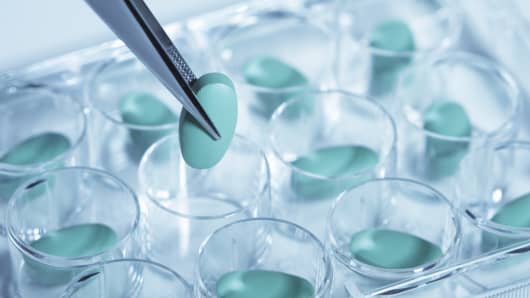 Opportunistic "reverse trolls" extort legitimate companies by threatening to file patent challenges against products that make up the lion's share of their profits. Rather than risk that the costly IPR process could invalidate the companies' truly meaningful patents, the companies pay the ransom to the reverse troll. This has become rampant in biopharmaceuticals where product lifecycles are very long and the risk of development failure very high.

Hedge funds also take advantage of IPR by filing patent challenges, with great fanfare and publicity, and then shorting the stock of the companies that they target. Perhaps the most well-known practitioner of this particular IPR strategy is Hayman Capital Management, a Dallas-based hedge fund that has targeted Acorda Therapeutics' Ampyra (a drug to treat multiple sclerosis). Acorda's $1.5 billion valuation in February 2015 was supported almost entirely from the sales of Ampyra; the stock dropped 10 percent on the news of the IPR filing. It dropped another 4.8 percent on the news of a second IPR.

Hayman's hedge-fund manager, Kyle Bass, has filed 15 such IPRs so far and plans on targeting 14 more drugs. Bass has also targeted Celgene's methods for safely administering Revlimid, Pomalyst, and Thalomid. Critical to the stock shorting strategy is the fact that the drugs targeted by Hayman represent large percentages of the total sales of the companies. While Bass is the most well-known practitioner of the opportunistic IPR strategy, he's not the only one. Recently, Ferrum Ferro Capital, LLC filed a petition for IPR against a single claim of a patent owned by Allergan.

Despite hedge funds' attempt to position these efforts as being in the public's interest to reduce prices of drugs, this has the tone of stock manipulation, and the pharmaceutical industry has taken notice, calling for stricter standing requirements for IPR petitioners.

The patent board has yet to make a ruling on these opportunistic IPR challenges, as the first is due in August. If the initial challenges are successful, however, a tidal wave of additional IPR challenges by even more hedge funds is certain. Clearly, something has to be done, and fast.

How can the IPR procedure be amended to address these clearly unintended consequences? One proposal is before the House Judiciary Committee and requires any party seeking an IPR of an existing patent to certify that it does not have any financial interest in a drop in the patent owner's securities. It's important to note that Acorda, Shire (NPS), and Celgene are fighting back, asking the patent office to consider the identities and financial stakes of the entities filing IPRs, and making the case that the IPR process is being used as a tool to manipulate markets, and filing a motion for sanctions over abuse of IPR for private financial gain. Another way to address the issue is to amend the America Invents Act to bar any entities from filing IPRs unless they have legitimate cause. A third way is to exempt biopharma products from IPR eligibility since the generic drug law and other mechanisms have long provided effective methods of patent challenge.

One thing is for sure: Something needs to be done about the unintended consequences of IPR. Developing new products is a difficult, time consuming, expensive and uncertain enough process. Laws that inadvertently permit practices that dissuade companies from developing new products stifle innovation and are not good for our country.

Commentary by Joseph Gulfo, the Executive Director of The Rothman Institute of Innovation and Entrepreneurship at Fairleigh Dickinson University and author of "Innovation Breakdown: How the FDA and Wall Street Cripple Medical Advances" (Post Hill Press). He has more than 25 years of experience in the biopharmaceutical and medical-device industries and is former CEO of Mela Sciences. Follow him on Twitter @josephgulfo.

Read More Obamacare ruling shows US balance of power is off