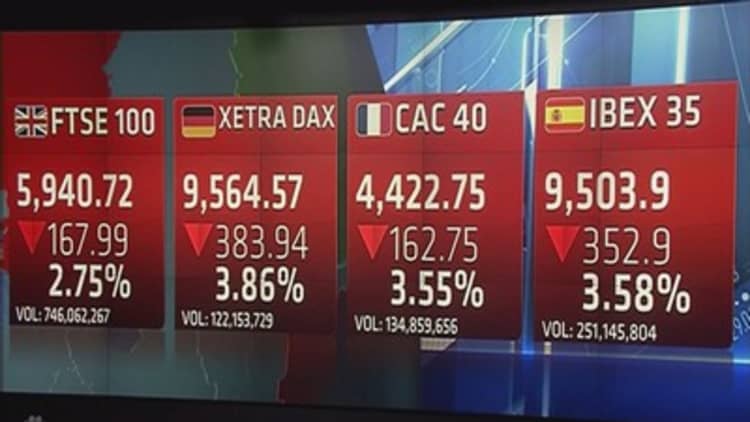 The pan-European STOXX 600 finished the day significantly lower, down 3.1 percent. 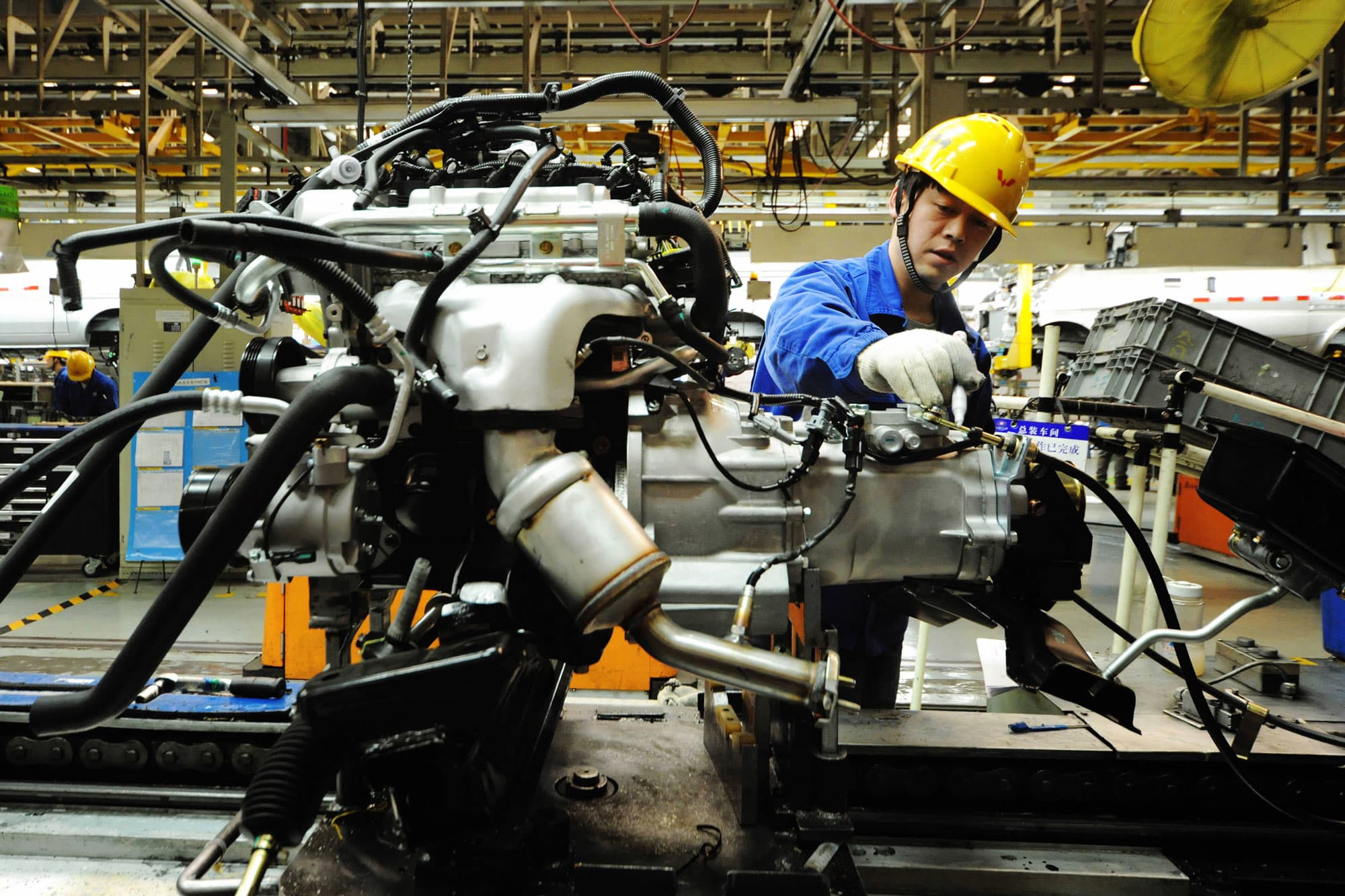 London's FTSE 100 sunk around 2.8 percent, weighed down by Glencore shares and other miners that are heavily weighted in the index.

Both the French CAC and German DAX indexes tanked, ending down 3.4 and 3.8 percent respectively.

3 reasons why Volkswagen shares are a 'buy'

Tuesday was a rough day for individual stocks, with Volkswagen shares closing nearly 20 percent lower—following declines of 18 percent on Monday—on the news that it could face an $18 billion fine in the U.S. for rigging emission tests on its diesel vehicles.

The German carmaker said on Tuesday that it planned to set aside a provision of 6.5 billion euros ($7.2 billion) and the company's U.S. head said it had "totally screwed up" by cheating on the tests.

Ripple effects were felt among European automakers, particularly after French Finance Minister Michel Sapin called for a Europe-wide probe into the industry. 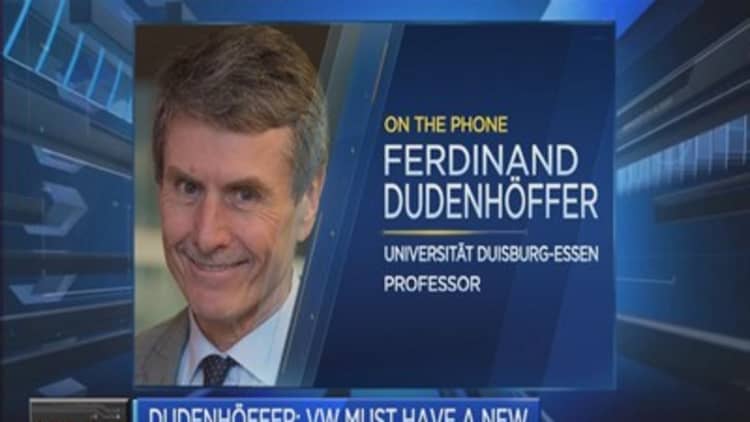 In addition, major basic resources names tumbled on Tuesday after Credit Suisse downgraded its outlook on a few of the stocks in the sector.

Glencore, Anglo American and Antofagasta were among the worst performers on the FTSE 100, all ending more than 6.5 percent lower after Credit Suisse cut their respective outlooks. Glencore traded more than 11 percent lower at one point, taking shares below £1 for the first time.

Oil prices rocked investor sentiment Tuesday, as prices plummeted on uncertainty surrounding global demand, with Brent crude nearing $48 per barrell and U.S. WTI crude around $45.50. Shares of key European oil companies were shook up by this, with Petrofac and Neste closing sharply in the red.

Europe's pharmaceutical sector was also under pressure after U.S. Democratic presidential candidate, Hillary Clinton, tweeted that she planned to take on "price gouging" in the industry. London-listed Shire and AstraZeneca both closed well over 4.5 percent lower.

Could Clinton be worse for biotechs than Obamacare?