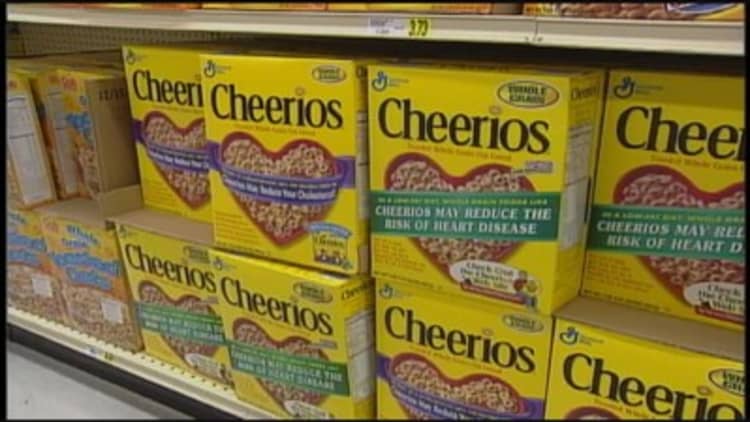 General Mills on Monday issued a recall of some Cheerios and Honey Nut Cheerios cereal because some that were labeled as gluten-free contained wheat.

The recall affects an estimated 150,000 cases, or 1.8 million boxes, made in July at its Lodi, California, facility. General Mills cited "potential adverse health effects" for people with wheat allergies or celiac disease.

The company said it would take affected boxes from warehouse and store shelves. General Mills noted that wheat flour was "inadvertently introduced" to the gluten-free oat flour system in an "isolated incident."

Half a million pounds of chicken recalled by Sanderson Farms

Out of beer? Bud Light's smart fridge will tell you

Why holiday spending forecasts may not matter

General Mills shares were trading about 1 percent higher ahead of Monday's close.