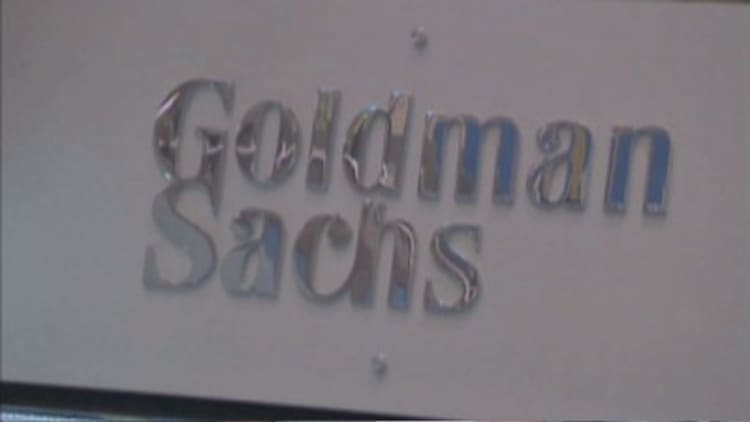 It was an acronym that spawned a , a development bank and a $100 billion bailout fund. But Goldman Sachs, once the most energetic sponsor of the "Bric" investment theme, has quietly stepped away from it, merging its dedicated in-house fund into an all-purpose emerging markets vehicle.

The closure of the Bric fund — announced in a filing to the Securities and Exchange Commission in September and spotted by Bloomberg on Sunday — came after poor performance and consistent lagging of benchmarks. Assets under management had dwindled to about $100 million, from a peak of more than $800 million at the end of 2010.

By shutting the fund, the Wall Street bank has signalled an end of an era in which the four developing economies — Brazil, Russia, India and China — appeared to be shaping a new world order. The acronym had been coined in 2001 by Lord O'Neill, the UK Treasury minister and former chief economist at Goldman, who noted that real GDP growth among the quartet had surpassed that of the G7 group of mature economies. Goldman's Bric fund was born five years later, investing at least 80 per cent of its net assets in Bric equities.

However, stock markets have remained very volatile and the much-vaunted transfer of economic and political power is yet to come to pass. Brazil's economy is set to shrink 3 per cent this year, according to the latest International Monetary Fund forecasts, while Russia — grappling with a collapse in resources prices and the effects of international sanctions — should contract by 3.8 per cent.

Meanwhile, although China is still reporting strong figures, many doubt the data, wondering how an economy that has experienced near-20 per cent falls in import volumes for the past couple of months can really be growing at an annual rate of about 7 per cent. India remains a relative safe haven, on course to match last year's 7.3 per cent growth.

"Over the last decade emerging-market investing has evolved from being tactical and opportunistic to being a strategic part of most asset allocations," said Andrew Williams, a spokesperson for Goldman.

"We continue to recommend that our clients have exposure to emerging markets across asset classes as part of their strategic asset allocation."

The Bric group of countries — which became five in 2010 with the addition of South Africa — remains determined to impose itself as a distinct geopolitical force. In 2012, at the fourth Brics summit in India, the group unveiled plans to set up a development bank to rival the American and European-denominated World Bank and IMF, and last year, in Brazil, advanced the idea of a reserve fund to ease balance-of-payments pressures.

But in a paper published last month, entitled "Do the Brics still matter?", academics from the Center for Strategic & International Studies argued that members' "conflicting interests" and "indisputable political, social and cultural differences" would likely keep the bloc from translating its economic heft into collective political power on the global stage.

"The grouping remains primarily rhetorical, not concrete," wrote Carl Meacham, director of the Americas programme at the Washington, DC-based research institution. "And the lack of tangible achievements bodes ill for the group's long-term survival."