Forget the sounds of crumpling wrapping paper, loud video games or musical instruments during the holidays. More parents this year will be dealing with drones buzzing around their homes.

Roughly 700,000 drones are expected to ship in the United States in 2015, a 63 percent increase from the previous year, according to the Consumer Electronics Association. About 7 percent of consumers surveyed plan to purchase a drone as a gift this year, a "pretty significant" portion, said Steve Koenig, director of industry analysis at the CEA.

Drones — known as unmanned aerial vehicles — have become more popular for recreation, so much so that regulators are scrambling to keep track of them in case of misuse. As more prominent tech companies sell consumer craft, some fast-growing producers stand to reap the benefits of holiday fervor.

Parrot, whose Paris-listed shares have jumped 85 percent this year, had retail drone sales of about $37 million in last year's fourth quarter. Perez expects segment revenue to grow this year, though he declined to project by how much.

Perez touted Parrot's new "toy" drone line that rolled out last month, which he said was vetted by his 9- and 6-year-old children. The Hydrofoil glides on water, and can detach from a floating base to fly.

The Race models, which can come with headlights, have a camera and move on wheels, while the Airborne Cargo can carry building blocks and other small objects. Those models cost about $200 or less, though Parrot sells more expensive drones. 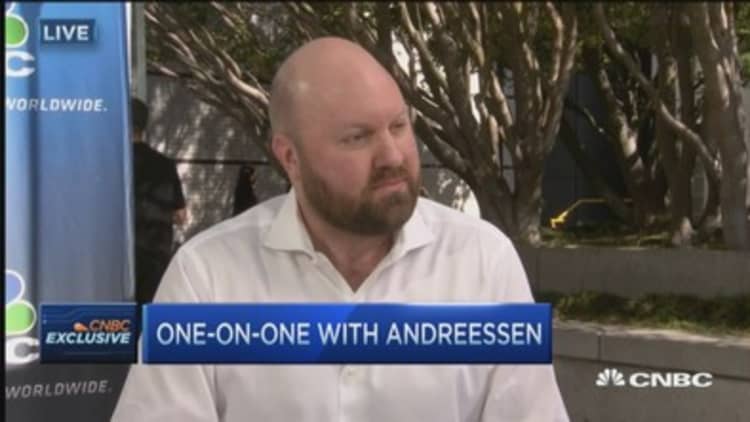 Consumers will buy mostly "quasi-toy" devices for holiday gifts, the CEA's Koenig said. While some leading producers make more complicated models that sell for $1,000 or more, he expects an average wholesale price point of about $150 on the drones shipped this year.

Wal-Mart said it has seen strong demand for toys "that offer drone-like functionality." For instance, it sells a remote-control version of the Millennium Falcon, a ship from the "Star Wars" franchise, for about $90 on its website.

Read MoreWhy drone regulation is such a mess now

DJI, a China-based drone producer, sells its flagship Phantom series for a range of $500 to $1,250 or more, depending on the model. While it markets the device to a more serious photographer, DJI said it still expects "very positive" holiday sales this year.

The company declined to give specific sales projections, but said it has grown by three to five times every year since 2009.

The new batch of recreational UAVs taking flight will almost certainly bring some issues. Concerns have already been raised a number of times by drones flying near airports and public events, prompting the U.S. to develop guidelines for consumer drone registration — guidelines that are not yet finalized.

Koenig said that retailers have a role in educating consumers on the proper use of drones.