A new, unexplained danger in the world of start-ups

In economies where local employment opportunities are limited, young university graduates often feel they can do better in a start-up.

The 13.65 percent of 25- to 34-year-olds involved in entrepreneurship on a global scale, according to a new survey, represents the highest participation rate of any demographic.

Croatian entrepreneur Josipa Majic, 25, who co-founded Teddy the Guardian, is one example. Majic's start-up developed biosensing devices, such as a tech-enabled organic plush teddy bear that can gather medical data, including the heart rate and body temperature of a child that is holding it. 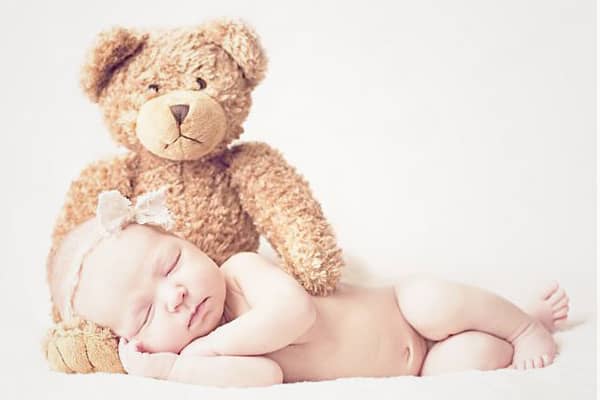 Majic founded the start-up with fellow students she met while working on a graduate degree in informatics and business at the University of Zagreb. One factor driving Majic to entrepreneurship was her desire to find challenging work — not an easy task in Croatia, where youth unemployment was 43.1 percent in September, according to Trading Economics.

"As I was closer to finishing the last year of my studies, it was clear to me there were not a lot of high-quality employment opportunities here if you want to connect to something that has a higher purpose but also has financial stability," Majic said. She concluded that teaming with her classmates would be a better route to what she wanted. "We can do much more as a group than as individuals employed in big companies," she said.

But much more still needs to be done for start-up stories like Majic's to show up in broader economic data.

Even though the number of start-up accelerators is rising in more nations not known as tech meccas and there continues to be more programs and policy initiatives at the national level to promote entrepreneurship, the overall data is troubling. It's not a potential bubble like Silicon Valley's lofty valuations that are the problem — it's a lack of signs that all of the entrepreneurial enthusiasm around the globe is translating into actual business growth.

"What everybody wants is opportunity," said Zoltan Acs, a professor at George Mason University and founder and president of the Global Entrepreneurship and Development Institute (GEDI). "They want to participate in the global economy."

Currently, the world is at 52 percent of its entrepreneurial capacity, and it has shown no growth since 2014, according to the Global Entrepreneurship Index 2016, released last week by GEDI.

"We've seen a new danger," said Jonathan Ortmans, a senior fellow at the Kauffman Foundation and president of the Global Entrepreneurship Network. "We've seen an explosion of programs. We've seen a flatlining or declining rate of new firm formation. We haven't really seen the kind of exponential growth in entrepreneurial firm performance we would expect, given that we've given more time and energy to it."

An estimated 10 million people are on the same path as Majic this week, taking part in Global Entrepreneurship Week, which runs through November 22 and is an international collaboration launched in 2008 by the Kansas City, Missouri-based Ewing Marion Kauffman Foundation.

So far, Teddy the Guardian has been humming. Not long after it launched in 2013, Majic and her co-founders entered and won the 2013 Startup Open competition, a contest to recognize the most promising start-ups in the world that is part of Global Entrepreneurship Week. Teddy the Guardian beat contenders from 31 countries. In January, Teddy the Guardian, which participated in a London-based accelerator called Seedcamp, raised $400,000 in seed money from angel investors to speed their research and development efforts. Majic declined to share the firm's revenue but said it is profitable.

Ziv Lautman, 30, an environmental engineer, is focused on creating a healthier environment. He is co-founder and chief marketing officer for BreezoMeter, a 13-person start-up that provides real-time readings of air quality at the street level to help prevent premature deaths caused by pollution.

Lautman launched BreezoMeter with two other engineers he met while studying at Technion — Israel Institute of Technology. When one of his co-founders tried to find out which neighborhoods had the best air quality in Israel, because his wife was pregnant, it soon became clear how hard it was to find this information.

"We realized there was a global need for data that people don't have access to," said Lautman.

BreezoMeter, which started in Haifa, Israel, in 2014 and now has a strong presence in San Francisco, entered and won the Startup Open competition that same year.

Participating in the Startup Open competition opened doors, leading to media exposure and invitations such as one by the U.S. State Department to join the Global Entrepreneurship Summit in Kenya, Lautman found. The start-up, which has under $1 million in revenue and is not yet profitable, has also raised $1.8 million in venture capital.

It takes a nation

The Index found a strong connection between the digital evolution in a country and entrepreneurship. It uncovered an equally strong correlation between a country's score on the index and its environmental performance, as indicated by measures such as policies to protect the environment. "We don't know if it's the entrepreneurs cleaning it up or that they practice in clean places," Acs said.

This year the index found that the U.S. leads the world on entrepreneurship, with the health of its entrepreneurial ecosystem at a historic high. The U.S. was followed by Canada, then Australia, Denmark, Sweden, Taiwan, Iceland, Switzerland, the U.K. and France, respectively.

Denmark, which has a vibrant start-up scene, saw a 6 percent increase in its score since last year — one of the biggest leaps in the ranking. Indonesia had the biggest jump in its score among all 132 nations on the list — with 8 percent growth since last year's ranking. Indonesia's new president, businessman Joko Widodo, has been pushing for reforms to attract investments in the country and increase foreign trade.

Impoverished countries in Africa were heavily represented at the bottom of the list. Chad, a Central African country that experienced an insurrection in 2008, scored the lowest in the index.

"We've seen a new danger. We've seen an explosion of programs. ... We haven't really seen the kind of exponential growth in entrepreneurial firm performance we would expect, given that we've given more time and energy to it." -Jonathan Ortmans, senior fellow at the Kauffman Foundation and president of the Global Entrepreneurship Network

The Index is important because more countries are looking to entrepreneurship to create needed jobs. In developing countries with rapidly growing populations of young people, many young adults are currently unemployed or underemployed.

In Croatia, once a Communist country, there is some lingering stigma to working in the private sector and starting a business. "It was not so simple to explain to my parents why anyone who didn't have to do it was an entrepreneur," Majic said. "It was something people did when they didn't have any options."

The index found that entrepreneurship increased across all age groups since 2007, even with the global economy recovering from the Great Recession. It vividly illustrates how young people seeking opportunity are flocking to start-ups — a trend that will shape the economy of the future.

The next biggest increase was among those ages 25 to 34. Their participation rose 2.22 percentage points.

—By Elaine Pofeldt, special to CNBC.com