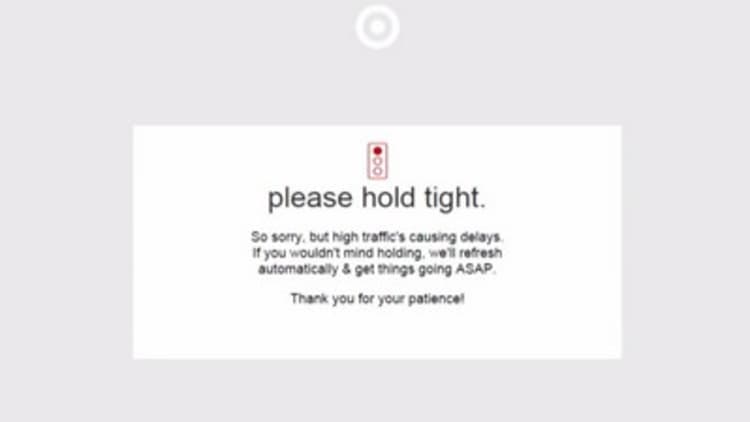 It's been 365 days since retailers last had their sites flooded by bargain-crazed Cyber Monday shoppers.

But sometimes, all the stress tests in the world aren't enough to prevent their pages from slowing down or crashing, particularly during peak promotional times that can send their traffic skyrocketing.

Just take a look at Neiman Marcus, whose site suffered an extended outage on Black Friday, and Target and PayPal, which are experiencing outages Monday.

Adding to the strain of keeping retail sites up and running is the fact that, by their nature, they've gotten more complex over the past year. As a result, they've also gotten more sluggish and increasingly prone to bugs, according to Dynatrace, a digital performance tracking platform.

What's more, as consumers increasingly opt to browse and shop on their mobile devices, the strain on retailers' websites continues to build. But they can't afford to screw up.

According to a Dynatrace poll of more than 5,000 shoppers, 75 percent of all smartphone and tablet users said they would abandon a retailer's mobile site or app if it was buggy, slow or prone to crashes.

Speed matters, too. Dynatrace's survey found that nearly 50 percent of adults said they would shop elsewhere if a mobile site or app failed to load in three seconds or less. Both of these metrics are skewed toward impatient millennials, who are more likely to abandon a particular retailer for either of those transgressions.

Ultimately, these hiccups and outright malfunctions can result in some serious revenue loss. According to ChannelAdvisor, an e-commerce optimization firm, a retailer could lose roughly 8 percent of the day's digital sales for each hour it's down. However, since consumers often revisit problematic sites, that figure tends to be closer to about 4 percent of that day's sales per hour.

As of Black Friday, Dynatrace's web monitoring showed that retailers by and large were performing much better than last year. In 2014, retailers suffered what Jones referred to at the time as a "sea change in the industry." He was referring to consumers' rapid adoption of mobile shopping, which took off in earnest last year.

But the problem wasn't simply that consumers were flocking to retailers' Web operations. Instead, it was that by and large, they visited companies' mobile sites, as opposed to undergoing the onerous process of downloading their mobile app.

Jones said the popularity of mobile sites, which reformat the content that's delivered to these smaller devices, is even more pronounced this holiday season. 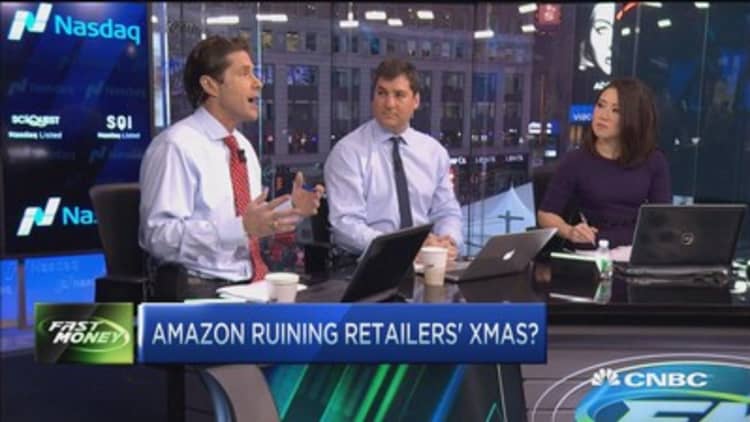 Even as retailers like Wal-Mart, Target and Amazon elongate their Black Friday and Cyber Monday online deals, there will still be certain times — namely, the hours when they kick off their biggest deals — that will nonetheless result in a deluge of traffic.

Wingo said retailers can take two routes to prepare themselves for the inevitable traffic surge. He said many of the larger retailers have 50 to 100 extra machines on hand, so that when a problem arises, they can deal with the issue firsthand.

Smaller retailers, who can't afford to invest in technology that's used only a few days a year, instead rely on cloud systems. While this is a less costly option, retailers who choose this method are forced to give up some control when it comes to troubleshooting. Still, Wingo said this can be the better choice for smaller retailers, so the cost of their infrastructure doesn't outweigh their online revenues.

Another step many retailers are taking is proactively implementing systems that fend off Denial of Service attacks. These orchestrated attacks, which flood Web pages with artificial traffic, can result in consumers getting error pages.

Jones added that in some cases, it may be best to keep things simple. For example, if a company makes a small change to the way its traffic is routed — say, sending a shopper to a special Black Friday page instead of its homepage — it can strain the system.

"That's a very simple change that when you do it at the wrong time can have a massive impact," Jones said.