It's not a good idea to buy Quick Pick 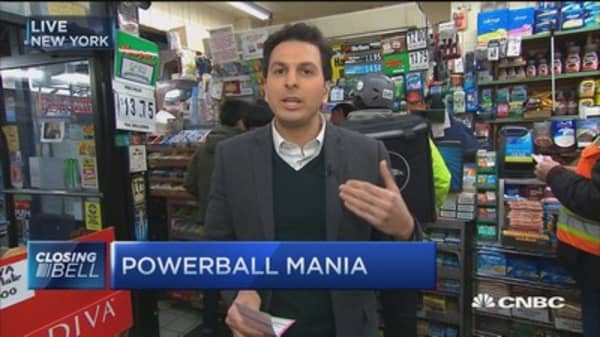 With the estimated jackpot for Wednesday night's Powerball drawing a walloping $1.5 billion, lottery regulars and novices alike are flocking to their corner stores hoping to get a piece of the big prize.

The drawing is random, so there's nothing you can do to improve your chances of winning, aside from breaking the bank by spending $600 million on all 292 million possible ticket combinations (which, we've discovered, isn't feasible.) That $1.5 billion is an estimate partly based on how many people are expected to buy tickets, so there's going to be literally millions of tickets you're competing against.

The biggest danger (aside from simply not winning) is that you'll have to split the big prize if you're lucky enough to score. With more people playing, the chances of having multiple winners rises dramatically. 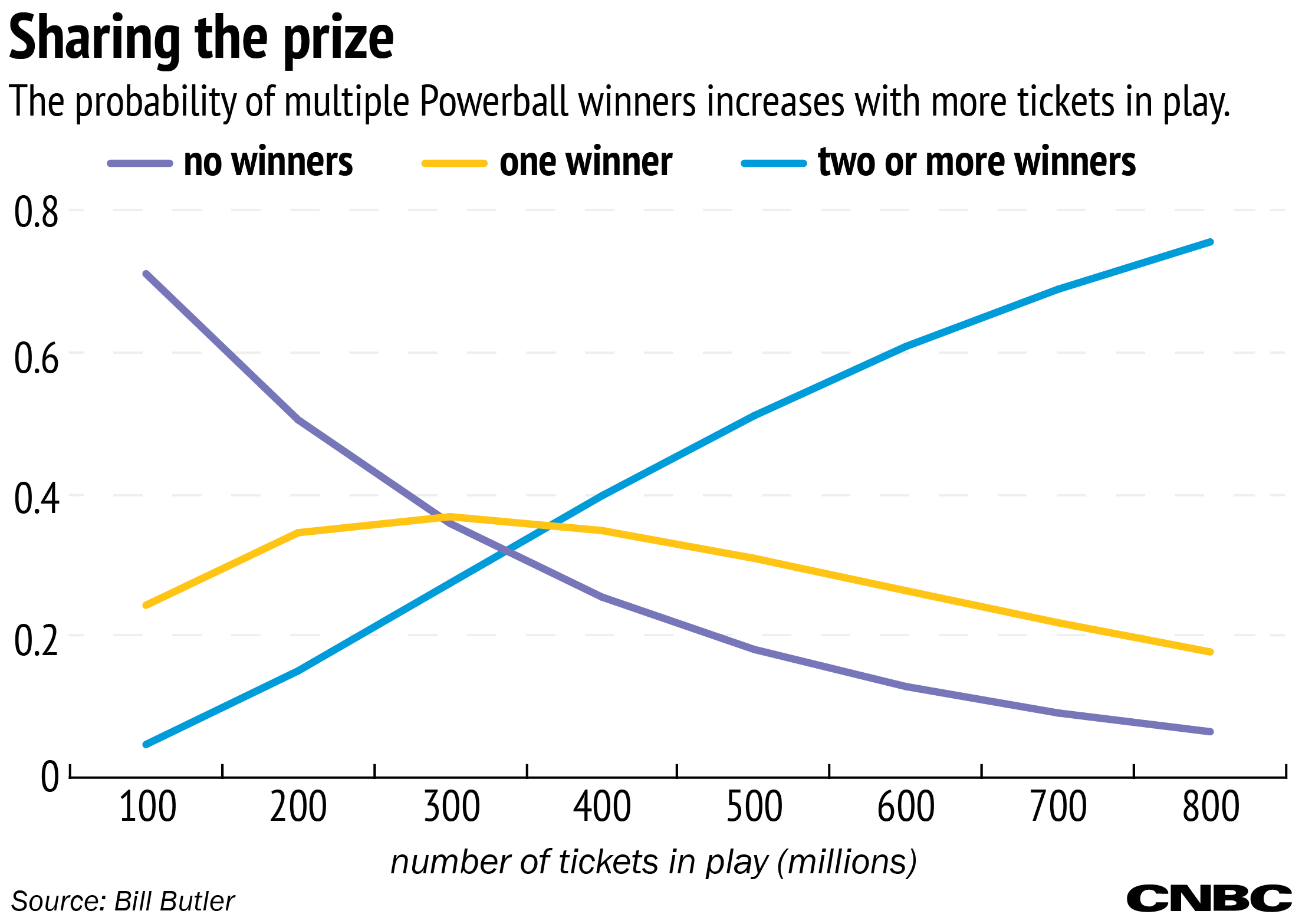 That might not seem like a big deal. If you split the cash value of $930 million with one other person, that's still a $465 million jingle. The problem is the "expected value" of your ticket. With one jackpot winner (as well as a number of lesser prizes) the expected value of a $2 Powerball ticket is $3.50, a solid investment.

But dividing the jackpot cash in two, the expected value of your ticket drops to $1.91, less than the $2 you shelled out in the first place. Split it three ways and your expected value drops below $1.40, a return on investment of about negative 30 percent.

So how can you avoid splitting the prize with someone else?

For one thing, don't be lazy and take a bunch of Quick Pick tickets. Quick Pick works by giving you combinations of numbers automatically so you don't have to fill in the little bubbles. Powerball works as a drawing of five balls from a bin of 69 white balls and one red ball from a separate bin of 26.

The problem is it's impossible to avoid getting duplicate sets of numbers, which don't help at all. If you go all in and buy 20,000 tickets, you have a 50/50 chance of having repeat sets. And that's among the nearly 300 million possible combinations! As pointed out in the New York Daily News, state and federal governments, as well as lottery officials, have a vested interest in selling you duplicate tickets. 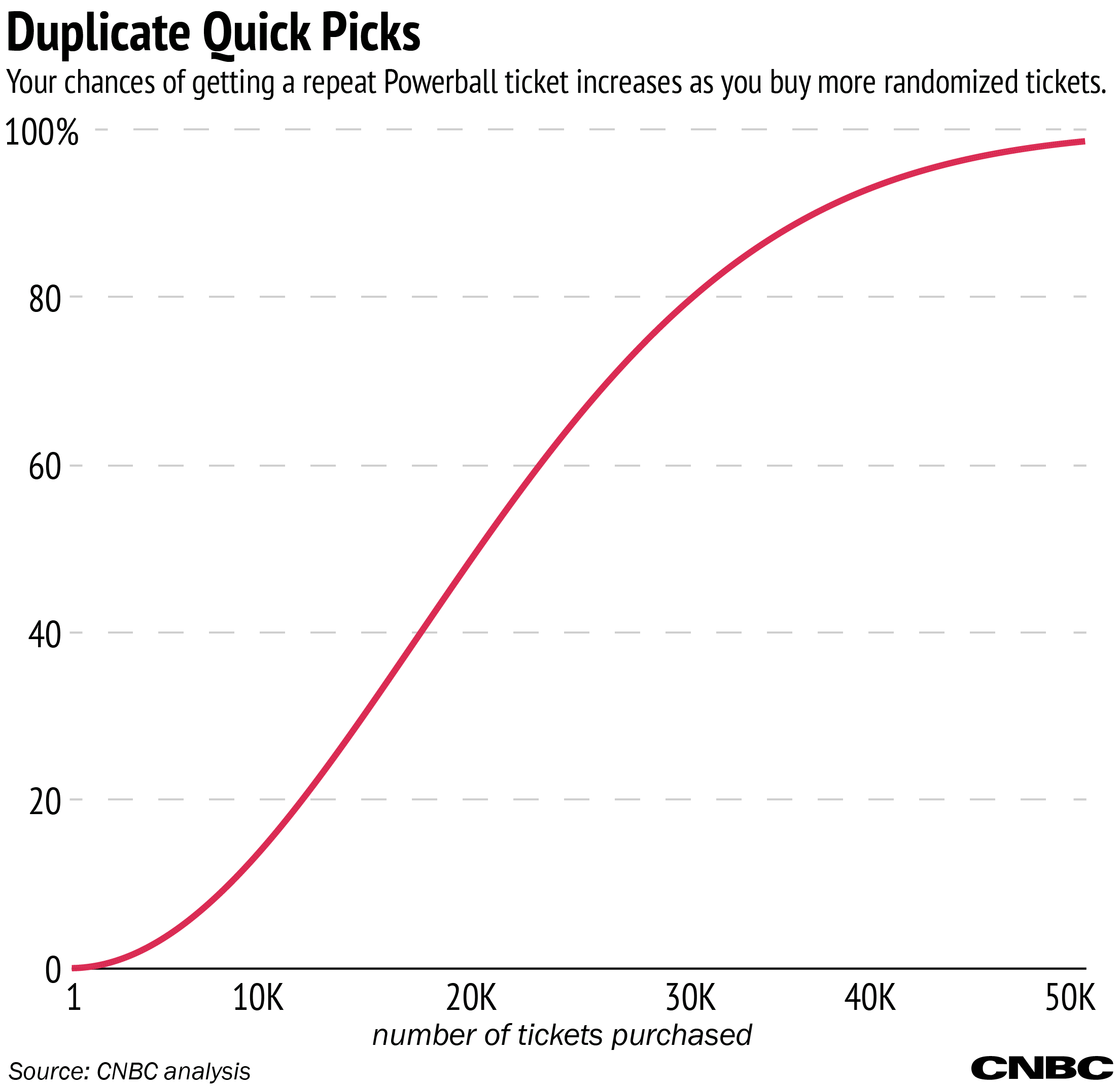 Even if you're not putting your life savings (and then some) into the lottery, you're still better off picking your numbers by hand. That's because people tend to cluster their number choices, and Quick Pick doesn't let you avoid those common numbers. If you pick all the common numbers, if those are the randomly selected winners, you'll be sharing the prize.

Powerball doesn't publish the distribution of numbers that players pick, but it's possible to get a glimpse by looking at the drawings that have corresponded with jackpot winners. Powerball does of course publish the numbers in all drawings and the Texas Lotto Report records the reported jackpot amount for each drawing. By combining these two, we can subset the number combinations that won a jackpot compared to those that didn't. We used a similar methodology as described here.

As you'd expect, the distribution of numbers drawn on days when the jackpot was not won is pretty even (with the caveat that Powerball has changed the number of balls in the hopper over the years, so the higher end is naturally lighter).

People don't pick randomly. There are distinct patterns in the choices they make. They play their age, their children's birthdays, even the numbers they find in a fortune cookie. 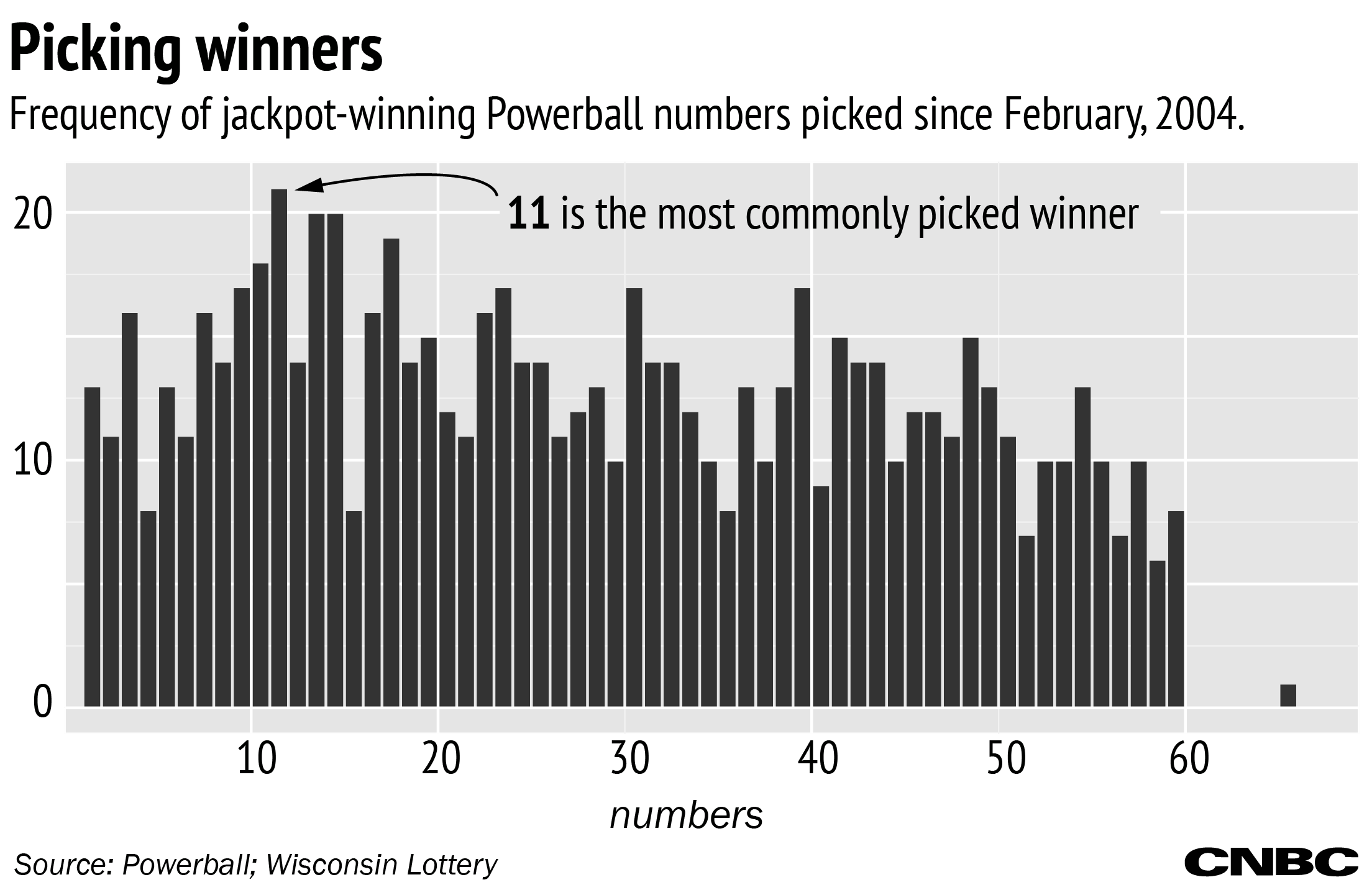 With 69 balls in play (ignoring the red powerball for now), each ball has an even chance of being drawn. But as you can see from the distribution, winners tend to be numbers below 30. That's not because those numbers are drawn more, but because people pick them more. There are only 12 months in the year and up to 31 days in each month, so people playing birthdays are all clumped together here.

So do the extra leg work to pick your own numbers and don't just go with your kid's birthday. You can't increase your chances of winning big, but you can make sure that if you do, you have less of a chance to share the prize. 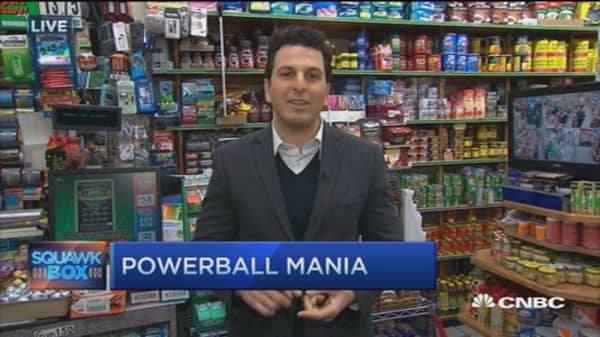 CORRECTION: An earlier version misstated the drop in return on investment when the winning number is split three ways.