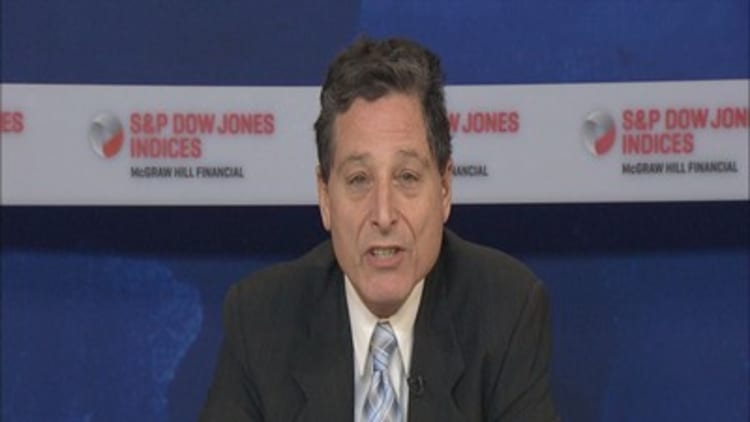 Just how rotten has 2016 been to stocks?

1. The Dow has suffered its worst-ever opening to the year.

The Dow Jones industrial average, which was created in 1896, has never begun a year with 12 worse trading days. Through Wednesday's close, the Dow has fallen 9.5 percent. Even including the 1.3 percent gains as of noon Thursday, the Dow is still down nearly 8 percent in 2016.

2. $4.6 trillion in global market cap has been lost

In the comprehensive S&P global broad market index, $4.623 trillion in market capitalization has evaporated since the year began, according to Silverblatt. U.S. stocks have contributed to $2.12 trillion of that value destruction, with the other $2.5 trillion in losses coming from other countries.

From the S&P 500 alone, $1.6 trillion in value has evaporated as of Wednesday's close.

The traditional definition of a "bear market" is a condition in which a stock or an index is 20 percent or more off its 52-week high. By this measure, 289 of the S&P 500's components are in a bear market, as of Wednesday's close.

Leading that list is Chesapeake Energy, which on Wednesday was down as much as 87 percent from the 1-year high it hit in February.

On Thursday, Chesapeake is following oil higher, with an 8 percent bounce.