Are the GOP rules really rigged against Donald Trump?

“It’s not fair!” may be the most pitiful lament in the English language, but Donald Trump seems intent upon adopting it as his battle cry heading into this summer’s Republican convention. The GOP’s poorly designed nominating process includes more than its share of problems, but is it really unfair to Trump?

The question does warrant consideration — particularly given Monday morning’s announcement that the Cruz and Kasich campaigns have decided to coordinate their efforts to deny Trump the nomination. 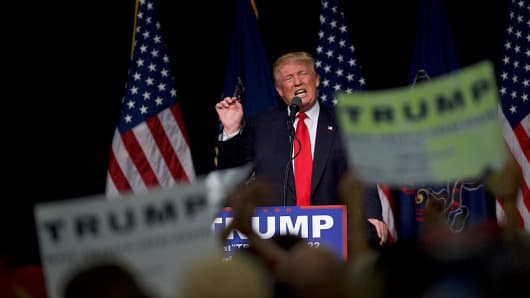 Perhaps the unfairness is miscommunication, or worse, deceptive marketing. Nominating processes exist to select a party's standard-bearer. While there may be room to dispute whether "the party" means professional leadership, elected officials, state and county committee members, or registered members, it ought not extend to anyone who decides to participate in a primary or caucus; open primaries invite abuse from voters whose goals may not involve selecting the party's strongest representative. Those with deep ties to the party deserve greater input than those with tenuous or nonexistent connections.

Yet Democrats and Republicans alike have chosen to pretend otherwise. America's primary season has the look and feel of an extended general election, from polling places to media coverage. This season, both parties have spread the misconception, both have been caught in the lie, and both have angered many voters whose support they will need in November.

While some might see this deception as unfair, however, it has hardly worked against Trump. Trump's connection to the Republican Party is weak and of recent vintage, and he often boasts that many of his supporters are new to the Republican Party. Longstanding Republicans have generally preferred the more traditional candidates. If anything then, Trump is a beneficiary of this misrepresentation rather than its victim.

Hillary Clinton has a big problem

Perhaps the unfairness lies instead with the dizzyingly variable rules converting primary votes into delegates. In a reasonable system, each state would allocate delegates proportionately. As things stand, most states do not. Still, the big losers in this arena have been Marco Rubio and John Kasich; Trump has leveraged about 40 percent of the vote into about 49 percent of the delegates.

Perhaps, then, the unfairness lies with the finish line, drawn one delegate beyond the 50 percent mark. It is entirely possible that the first-place finisher — almost certainly Trump — will fail to cross that finish line on the first round. But Americans are quite comfortable with concepts like overtime, or with rules insisting that victory requires a margin of at least two points.

Few consider it unfair to award the Super Bowl, Stanley Cup, or World Series title to a team that failed to boast the best record in regular season play. Here, too, the rules have been clear for decades: if no candidate crosses the finish line in round one, play proceeds into round two, with rules different enough to permit a different outcome.

RNC shoots down plan to shift power to the delegates

Or perhaps the unfairness stems from the mysterious "Rule 40(b)," limiting consideration to candidates winning majority support from eight state delegations — a hurdle that only Trump and Ted Cruz can clear. Perhaps Trump's complaint is that the rules committee, which meets at the start of each convention, is likely to eliminate Rule 40(b) and open the floor to additional nominees.

But Rule 40(b) was a one-time anomaly, designed to minimize Ron Paul's role in the 2012 convention. No one ever expected it to persist.

Finally, is it unfair for two of the remaining candidates to collaborate — some might say conspire — against a third? Election law contains many rules about the sorts of coordination permissible in support of a candidate, but relatively few rules about coordination to defeat a candidate. According to the strategy announce this morning, the Cruz and Kasich campaigns have simply agreed to focus their efforts in different states with upcoming primaries. Hard to see anything unfair about that.

Regardless, the tactical politicking pales in comparison to the unique advantages Trump's campaign has exploited with his enormous wealth and celebrity-driven free media coverage. Our political system hasn't been fair to Trump? Really?

No, the only plausible source of Trump's complaint is that he might not win. Despite having leveraged his marketing prowess to an improbable lead among pledged delegates, he may still fall short, collapsing in the playoffs after a remarkable regular season.

Bernie Sanders wins even if he loses

"It's not fair!" is a slogan for whiners, not for winners. It is not a battle cry for fierce competitors. It is, as Trump should recognize, the last refuge of pathetic wimps.

A pathetic wimp will not make America great again. Nor will a loser who declares victory upon coming close. America deserves a president who can master the complex rules of world leadership and play to win. If Trump wants to be that president, he will have to convince Americans that he possesses that mastery. Bellyaching about a set of rules that have broken to his clear advantage is hardly convincing.

Commentary by Bruce Abramson, Ph.D., J.D., and Jeff Ballabon. Abramson is a senior fellow at the London Center for Policy Research, and director of policy at the Iron Dome Alliance. Ballabon is CEO of B2 Strategic where he advises and represents corporate and political clients on interacting with the government and media. He previously headed the communications and public policy departments of major media corporations including CBS News and Court TV. Follow them on Twitter @bdabramson and @ballabon.