Taco bowls and crazy tweets: Why Donald Trump will never be presidential

It's pretty safe to assume that if a man doesn't change after the age of 40, he's definitely not going to change by the age of 69. What you see is what you get.

And that's why Donald Trump will not be able to pivot to the center now that he is the presumptive Republican nominee. Trump's demeanor and personality might change for a night when the in-laws come to town, but over the course of their visit, he will eventually revert to his old ways. 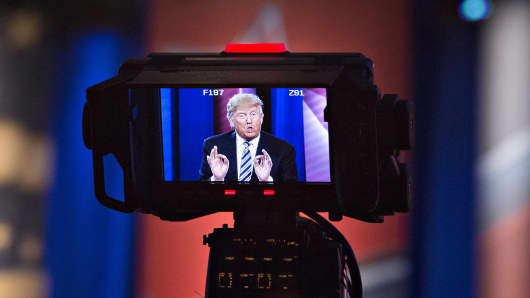 One of Trump's top aides, Paul Manafort, told Republican leaders last month that Trump would start evolving into a more presidential candidate as the campaign headed into a general election, according to an AP story. Manafort went on to predict that Trump's "image is going to change" and his negative approval numbers would go down.

It appeared the new and improved Trump makeover was underway following Tuesday night's Indiana victory. He didn't insult anyone; he showed deference to his rivals and stuck to the populist script of making America great again. It was a safe speech that wasn't centered on Trump and his possessions.

"He makes great TV but he'll make a lousy president."

But two days later, Trump was back to his old self-promotional ways. He tweeted a picture of himself on Cinco de Mayo saying, "The best taco bowls are made in Trump Tower Grill. I love Hispanics."

His advisers should have told him that Cinco de Mayo is a Mexican celebration—not a Hispanic celebration. His social media team should have discouraged him from using yet another Tweet to promote a property. He's not selling hotels anymore. He's selling Americans on his ability to govern, lead and unite.

A day later, he was at his old ways again – this time taking on Sen. Elizabeth Warren, questioning on Twitter whether she was actually Native American.

And like any most other presidential contestants for student council, Trump forgot to say something—so he went back to Twitter less than a minute later, saying:

If Trump makes it to the Oval Office, the Secret Service may need to manage his Twitter account to make sure he doesn't spill any diplomatic secrets in a Twitter tirade.

Americans already know Trump is self-promotional and many love him for that. It's all about #trump or better yet, #trump4trump. From his buildings to his golf courses to his ties, Trump wants you to believe his products are the best. That presumptuous approach works with marketing and sales.

There's no denying the Trump bandwagon has millions of followers just like "The Apprentice" had millions of viewers. We watched the show because Trump was unpredictable and entertaining. You never knew what Trump would do from episode to episode.

Americans like drama, we love to laugh and we like surprise endings. That's why Trump was great for TV. He understands the formula for holding viewers' attention. And he was able to leverage that formula to his advantage during the primary. But now that the general election is approaching, the stakes in this real-life drama are changing for everyone-Trump and voters from all parties. —

It's like a magic show. We love to watch death defying stunts at a safe distance, but when the fire gets too close, we start to feel uncomfortable. That's where we are right now in this election cycle.

Voters are no longer watching a "campaign show," waiting to see who will drop out next or what drama will follow. We're now approaching a general election that is coming down to two candidates, Trump and Hillary Clinton. Suddenly, this drama is turning scary.

Yet, in his book, The Art of the Deal, Trump encourages his readers to be unpredictable. He says the media loves controversy and if you want to grow your business, you need to stand out. I read that book as a kid, and his message still sticks in my mind today.

Why 'President Trump' worries the dealmakers

And that is why I believe there is no way that Trump can change his spots and become more presidential. He might try to provide substance on the campaign trail, but he's hardly a policy wonk. He's a big, picture communicator who wants to sell you on Trump. You know it and I know it. He makes great TV but he'll make a lousy president. Sure, he'll be entertaining, but I don't want drama when it comes to the real West Wing.

Commentary by Mark Macias, head of Macias PR, a global public-relations firm, that has run media and branding campaigns for politicians, tech start-ups, financial firms, nonprofits and companies. He's also author of the book, "Beat the Press: Your Guide to Managing the Media." Follow him on Twitter @markmacias.