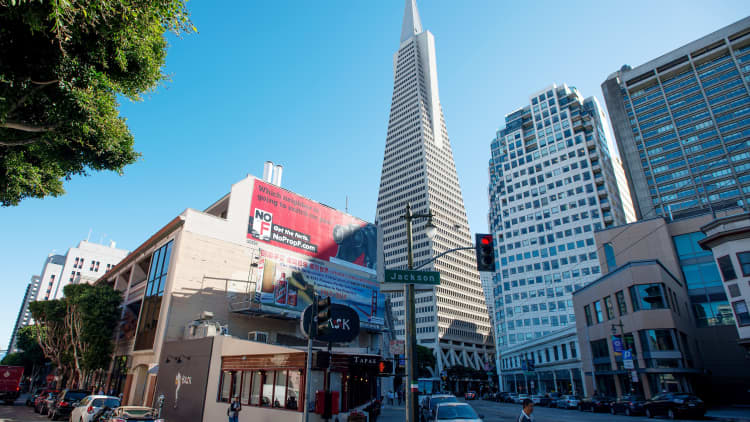 Airbnb has continued to raise funding — enabling the home-sharing service to put off an eventual IPO — even as it remains locked in disputes with lawmakers, including in its hometown of San Francisco and in New York City.

(The New York Times first reported the details of Airbnb's most recent funding round on Tuesday.)

"They are raising now at a higher valuation, but if you were to say 'here is what the New York and San Francisco markets are really worth in full legal compliance' and then re-run the numbers — however they do it — I don't know that they are still that $30 billion company," said Tusk at a dinner with reporters in San Francisco on Wednesday.

On Monday, over a Board of Supervisors decision on June 7 to fine the company $1,000 per day for each listing that is not registered with the city.

This followed a decision earlier in the month by New York State Senate to make it illegal for hosts to advertise short-term rentals of less than 30 days on Airbnb. If the bill passes into law, New Yorkers who violate the law will face fines starting at $1,000.

Tusk advises companies disrupting highly regulated industries, including Uber, Tesla and FanDuel, and said he now uses Airbnb as a cautionary tale. The key missteps CEO Brian Chesky made were not taking regulators seriously enough and moving too slowly, said Tusk. That enabled the opposition — hotel unions, hoteliers and affordable housing advocates — to build a coalition before Airbnb was able to cut deals with legislators, said Tusk.

"I get wanting to be super aggressive — I started doing this with [Uber CEO Travis Kalanick] five years ago and there is no-one more aggressive than Travis," he said. "But still there are times when you have got to recognize the political reality of what you are dealing with."

Knowing who you're up against is also important, said Tusk. If you're waging a fight against a sympathetic constituency, you're going to have a hard time.

"Affordable housing advocates are kind of likeable, so they are just harder to beat," he said.

When asked how he would advise Airbnb to move forward in New York and San Francisco, Tusk said he had nothing to offer.

"I don't see how they can overcome that in either city, which means they have got a really tough choice because they have got to operate in this very legal gray area, risk seeing lots of fines on their hosts and on the company too or, if they were to right-size the platform in both markets and only have legal inventory, you are wiping out a lot of their profits and a lot of their revenue in two critical markets, especially New York," said Tusk.