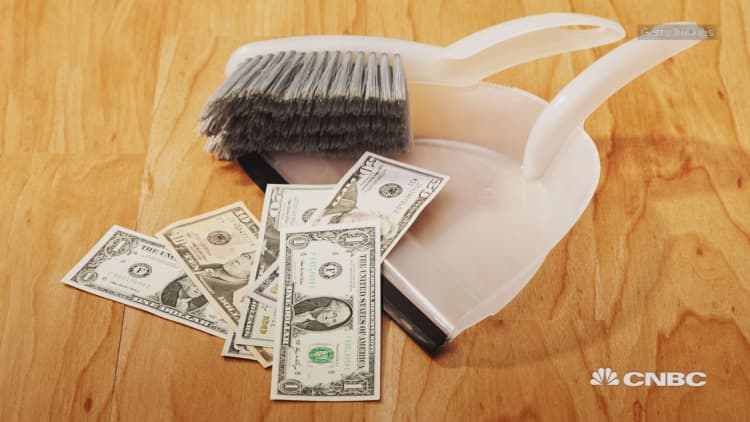 watch now
VIDEO1:1601:16
Cleaning up your credit score
Your Money

For credit-card issuers, lending to so-called subprime borrowers has become a revenue driver since the Great Recession.

Nearly 50 million Americans, including more than 30 million millennials, have poor credit and are considered "deep subprime consumers," according to the annual Consumer Credit Card report by NerdWallet, a personal finance website.

"There's a big difference between a credit score of 600 and 800," said Sean McQuay, a credit card analyst at NerdWallet. "Consumers with excellent credit have access to the best loan terms and lowest insurance rates, as well as the most options. It's the difference of thousands of dollars in interest fees per year."

It's no secret that subprime borrowers face more expensive credit terms. While the average annual percentage rate for all borrowers is 18.2 percent, those with credit scores below 630 are charged 22.2 percent on average, according to McQuay.

That translates into more revenue for card issuers. While fees are paid by credit-card holders across the board, interest is charged only to those who carry a balance, which often are cardholders with poor credit, according to a report by the Consumer Financial Protection Bureau.

The interest payments all cardholders make account for 80 percent of the total revenue card issuers receive from consumers, the CFPB report said.

But while those considered prime borrowers generally are paying down debt, riskier consumers have been increasing their card balances: to $5,063, on average, from $4,891 one year ago, according to a separate study from credit-scoring company TransUnion.

As a result, card issuers continue to increase the availability of credit — particularly to millennials and other consumers with lower credit scores. About 10 million new consumers entered the credit-card marketplace in the last year alone, the majority of which were subprime borrowers, according to TransUnion.

Although credit card use is rising, Jess Sharp, executive director of the American Bankers Association's Card Policy Council, said that is a result of an improving economy and that credit-card debt remains manageable.

"While more consumers are using credit cards for short-term financing, the amount of credit-card debt they are carrying relative to their disposable income is quite low by historical standards," he said in a statement.

For those just starting out, or who have low credit scores or limited credit histories, McQuay recommends opting for a secured card. Although these cards require a security deposit, typically in the range of $300 to $500, an amount that is usually equal to the credit limit, the deposits are fully refundable when the account is closed or when the consumer upgrades to an unsecured card.

The upside is that it gives consumers access to credit without needing a co-signer while steering clear of subprime specialist issuers, who market specifically to borrowers with bad credit and charge high fees and interest rates to mitigate their risk.

"Many of the largest issuers do offer secured cards but they're not heavily marketed because they're not money makers for banks," McQuay said.

For those who want an unsecured card, McQuay advises consumers to choose one with a high limit over a low APR, with the goal of paying the bill in full every month to avoid interest charges. That way, consumers can maximize their debt-utilization ratio, which is the amount borrowed compared to the total credit available.

The debt-utilization ratio is a big component of a credit score, so having a high limit but keeping a balance low can help consumers save on interest and eventually boost their scores.