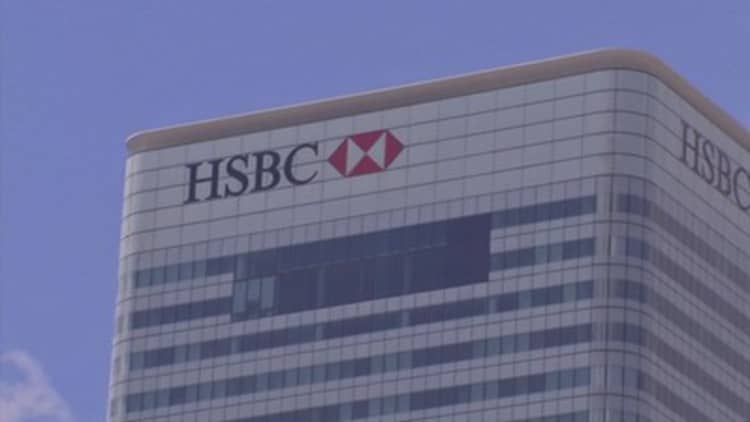 watch now
VIDEO0:3200:32
Banks may be considering leaving London in favor of other European
News Videos

Banks including Goldman Sachs are considering relocating some operations away from London, as Frankfurt is seen dialing up its attempt to attract financial services firms to the city.

Goldman Sachs is drawing up plans to potentially transfer around 2,000 employees to a rival European city should the U.K. lose its passporting rights, British newspaper The Sunday Times reported this weekend.

These rights allow seamless cross-border business to take place – a benefit of being a member of the European Union single market. Maintaining these passporting privileges, or a near-equivalent, are seen as critical to the City of London retaining its financial services supremacy.

Goldman Sachs denied The Sunday Times report.The bank told CNBC via email that "we continue to work through all possible implications of the Brexit vote."

"There remain numerous uncertainties as to what the Brexit negotiations will yield in terms of an operating framework for the banking industry. As a result we have not taken any decisions as to what our eventual response will be, despite media speculation to the contrary," the company added.

Meantime, at the International Institute of Finance meeting in New York over the weekend, Morgan Stanley's James Gorman, said he saw New York as the big beneficiary of Brexit. The CEO said while his company was evaluating whether it needed a eurozone headquarters in a different European city,or simply to move select operations within the bloc, he questioned whether any regional location had the necessary infrastructure in place.

Speaking at the same conference, JPMorgan boss Jamie Dimon posited that Brexit would create years of uncertainty for firms with significant London-based operations. According to a report in the Financial Times, Dimon also confirmed that his bank was waiting for clarity on how to respond to the U.K.'s impending withdrawal from the union and whether it would need to relocate business from the country.

It comes as Frankfurt is reportedly considering rolling back some of the terms of redundancy packages, according to the Financial Times, with measures potentially including introducing an upper salary limit on employee protections of €100,000 or €150,000. The German finance ministry declined to comment on labor-related plans, the FT said, while the labor ministry told CNBC it saw "no need for action regarding this topic." The finance ministry was not immediately available for comment when contacted by CNBC.

Germany's generous labor laws are widely viewed as a potential sticking point for firms seeking to relocate employees. In a similar situation is France, which in recent weeks announced a drastic simplification of rules for registering financial companies, in an attempt to lure companies into a move to Paris.

Pedestrians walk in the rain at the Canary Wharf business district in London.
Eddie Keogh | Reuters

Kallum Pickering, senior U.K. economist at Berenberg, told CNBC that this ongoing uncertainty would have an impact on activity in the near-term.

"The uncertainty about the conditions under which U.K. based firms will access the EU market post-Brexit, especially relating to passporting, will weigh heavily on business sentiment," he said via email.

"This knock to confidence will mostly affect decisions that have long-lived implications - there is value in hesitating until the waters clear. Firms may pause planned hiring and investment plans or scrap them altogether."