The number of Americans dying of heart disease increased last year for the first time in more than a decade, delivering a wake-up call to the medical and scientific communities. After nearly 40 years of victories in the battle against heart disease — from the development of medications to control blood pressure and cholesterol to the public campaign against smoking — heart health experts are now facing a stark truth: Progress has stalled.

Heart disease is the No. 1 killer in America, responsible for about 1 in every 4 deaths. New data released by the National Center for Health Statistics shows it took more than 633,000 lives in 2015. That's a 0.9 percent increase over the previous year, helping to drive up the overall death rate in the United States for the first time since 1999. Other contributors to increased mortality include stroke, diabetes, Alzheimer's disease and kidney disease.

The rise in heart disease deaths is a surprising change, since they had been declining rapidly since 1969. The last time there was an uptick was between 1992 and 1993. The latest data reinforces another troubling trend: the annual number of heart disease deaths hasn't gone down since 2011.

While statisticians caution that an uptick in heart disease death rate one year does not indicate a sustained upward trend, many experts are concerned.

"Year after year the death rates have been going down, so there is an assumption that it's going to continue," said Dr. George Mensah, former director of the division of cardiovascular sciences at the National Heart Lung and Blood Institute. "This is a wake-up call. ... This is not a time for complacency. This is a time to redouble our efforts."

The data is prompting some scientists to consider whether the tried-and-true methods of the last five decades are no longer effective and if it's time to develop a new approach.

"You immediately ask yourself: Is this it? Is this the best we can do?" said Dr. Steven Houser, president of the American Heart Association. "I think we need to ask ourselves how can we make more progress."

For Houser, the next frontier lies in research on precise biological and social factors that can help doctors determine who is at greatest risk for heart disease. It's part of the recent emphasis on precision medicine, which aims to develop unique treatments for each individual based on their environment, lifestyle and genetic makeup.

"The future of cardiovascular research is to stop the disease before it starts," Houser said. "It sounds simple, but we haven't really done that. What we've done before is that we identify the disease once it exists and do our best to treat it. But the brave new world is to identify the disease you might get before you get it."

Houser believes this goal can be achieved in the next decade.

The future of cardiovascular research is to stop the disease before it starts. It sounds simple, but we haven't really done that.
Dr. Steven Houser
president of the American Heart Association

The American Heart Association, AstraZeneca and Verily are together investing $75 million in a new research initiative based on the precision medicine approach. The project, called One Brave Idea, aims to prevent and reverse coronary heart disease by uncovering new genetic and molecular factors that put individuals at risk.

In line with its 2020 goal, the American Heart Association for the first time defined "ideal cardiovascular health" — the absence of disease and the presence of seven key health factors and behaviors, including blood pressure, physical activity, cholesterol, healthy diet, healthy weight, smoking status and blood glucose.

The 'Holy Grail' of heart health

Houser described the goal as very ambitious and said he is not sure the American Heart Association can reach it by 2020. Standing in the way is the greatest obstacle to decreasing the heart disease mortality rate, which is also the oldest: lifestyle choices.

Decades of research has shown that eating a healthy diet, exercising regularly, avoiding tobacco products and using medication to control blood pressure and cholesterol can drastically reduce the risk of heart disease. Experts are now searching for new ways to get that ages-old message to resonate with Americans in a unique and motivating way.

"In cardiovascular disease, unlike with many other diseases, we actually know what works," said Dr. Janet Wright, executive director of Million Hearts, a CDC initiative to prevent 1 million heart attacks and strokes by 2017. "The obstacle is doing what works and doing it everywhere and for everyone in a way that works for them. ... Behavior change is the Holy Grail." 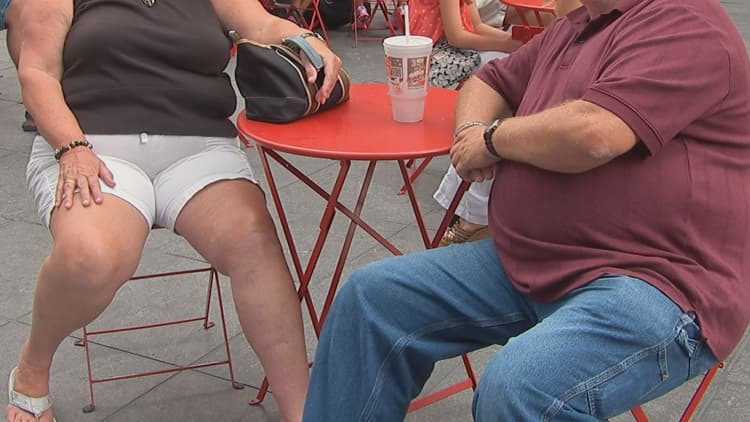 Scientists need to find a new approach to halt the country's obesity epidemic and rising prevalence of diabetes, both of which are high risk factors for heart disease mortality. The National Health and Nutrition Examination Survey shows the prevalence of adult obesity shot up from about 23 percent in the period of 1988-1994 to about 35 percent in 2011-2012. More recent data for the 2011-2014 period shows a 36 percent rate. The National Health and Nutrition Examination Survey showed that the prevalence of diabetes nearly tripled from 2.5 percent in 1990 to 7.2 percent in 2013.

These are likely two of the main factors contributing to the stagnation in progress against heart disease, said Dr. Stephen Sidney, a senior research scientist at Kaiser Permanente, who recently published a paper on trends in cardiovascular mortality. And it's likely to stay that way for years.

More from Modern Medicine:
Answering this one question could save the lives of 1 million babies
Parkinson's linked to bacteria in gut
Apps to keep you healthy

Risk factors like obesity and diabetes usually take decades to manifest. Since the rates of both have been increasing for the past 30 years, the population that is now entering their 50s and 60s is at great risk for heart disease mortality.

"It's going to be hard to reverse that," Sidney said. Scientists need to focus more on behavioral research to understand how to motivate people to maintain healthy lifestyles, particularly when they're facing difficult socioeconomic circumstances, he added.

The American Heart Association is trying a new tactic to deliver its message. Instead of just running television ads about healthy eating and exercise, the organization is partnering with area health centers, churches, synagogues, hair salons and barber shops to reach the heart of local communities.

"We're trying to meet people where they live," Houser said.

The goal is to deliver simple, actionable tips, like cutting down on 32-ounce sugary drinks or using relatively inexpensive prescription drugs to control high blood pressure instead of having to ultimately pay more for hospital care. Some medications cost less than $1/day, while heart disease costs the United States about $207 billion each year. Public health care policies should also take this into account, Houser said.

One in three Americans has high blood pressure. A recent study by the National Institutes of Health found that controlling blood pressure more intensely than previously recommended can significantly lower the risk of cardiovascular disease and death.

By continuing to discover this type of information and disseminate it to the public, heart health experts hope to regain their dominance in the battle against heart disease.

"The future is what we make of it," said Dr. David Goff, current director of the Division of Cardiovascular Sciences at the National Heart Lung and Blood Institute. "If we redouble our efforts and focus on that prevention, then we'll see the declines begin again. ... While heart disease is the leading cause of death, it's not an insurmountable problem."

This story has been updated to reflect that Verily, AstraZeneca and the American Heart Association together are investing $75 million in a new research initiative, called One Brave Idea, based on the precision medicine approach.