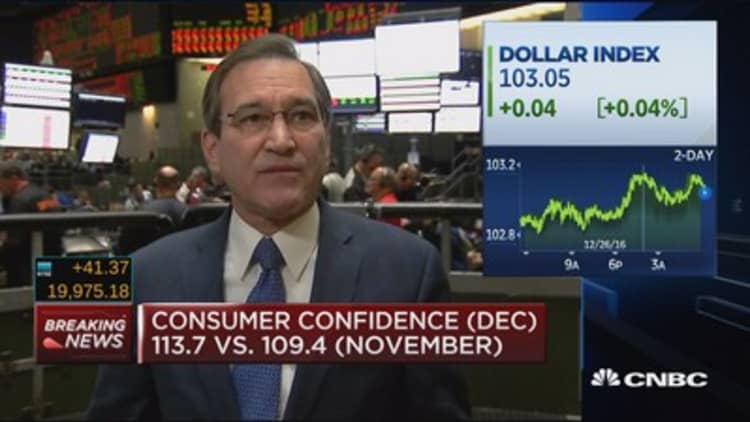 Consumer optimism about the economy increased to the highest level since August 2001, according to a monthly survey released Tuesday.

"Consumer Confidence improved further in December, due solely to increasing Expectations which hit a 13-year high (Dec. 2003, 107.4)," Lynn Franco, director of economic indicators at The Conference Board, said in a press release.

"The post-election surge in optimism for the economy, jobs and income prospects, as well as for stock prices which reached a 13-year high, was most pronounced among older consumers," the director said.

Franco added that consumer confidence in 2017 will hinge on whether expectations of economic growth and policy are met.

Still short-term outlook numbers improved considerably in December, and the outlook for the labor market in the months ahead churned up, with the percentage of consumers expecting more jobs in the new year ticking up from 16.1 percent to 21 percent.

What are markets doing?