Here's the $156 billion in wasteful military spending Trump should slash 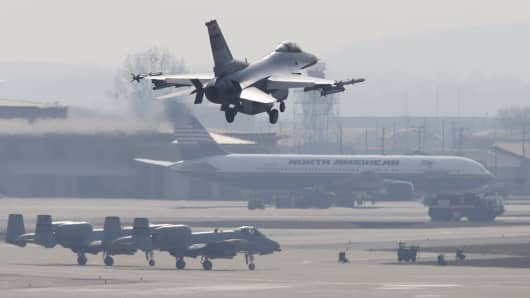 Lee Jae-Won | Reuters
A F-16 fighter jet (top) belonging to the U.S. Air Force comes in for a landing at a U.S. air force base in Osan, south of Seoul.

Donald Trump's proposed new budget plan calls for $54 billion in increased defense spending. The money will be mostly used to buy more jets, ships and military technology. But the president could buy all that stuff without adding a single dime to the defense budget.

That's because the biggest chunk is the roughly $156 billion we spend per year maintaining overseas military bases. That's almost three times the cost of the proposed budget increase, and it's ripe for the cutting.

But first, let's dig into this foreign base issue a little more. I'm not saying all of the roughly 800 bases and military installations we have in about 80 countries should go. But just consider these numbers: We have 174 bases and military sites in Germany alone. We also have 113 in Japan and 83 in South Korea. We even have one in Aruba, yes Aruba.

Each one of these foreign bases costs the taxpayers not just in maintenance bills, but in payments we often have to make to those foreign countries to use their land or coastlines. And there are also the costs of maintaining diplomatic relationships with those nations to make sure they don't suddenly kick our troops and bases out. 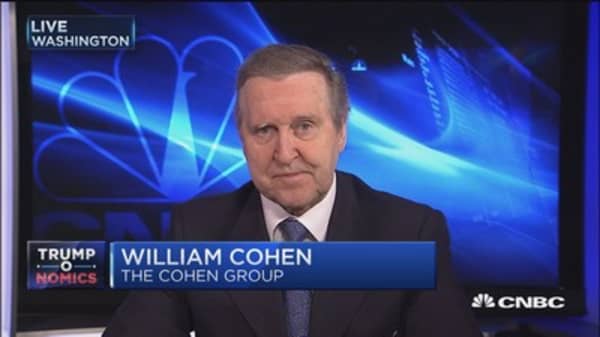 Do we really need all of these bases, and at all their current sizes and costs? Almost no one thinks so, but since some bases are favored by some groups in the Pentagon and other bases are protected by other factions, the "compromise" is that they pretty much stay just as they are.

"Do we really need all of these bases, and at all their current sizes and costs? Almost no one thinks so, but since some bases are favored by some groups in the Pentagon and other bases are protected by other factions, the "compromise" is that they pretty much stay just as they are."

That's where President Trump comes in. We know that cutting the number of these bases is something he should support based on his repeated calls during and after the election for European countries to start paying more of their fair share for NATO costs.

Again, those costs are mostly connected to maintaining bases in the primary NATO theaters. His repeated criticism of the war in Iraq and "the $6 trillion we spent on wars in the Middle East" are more evidence that he could easily get behind base reductions and consolidations.

President Trump's clear preference for improved weapons systems, jet fighter fleets, and naval ships should make his decision to shutter bases much easier.
And what about the American people? No problem there either. While politicians like to promote polls showing the voters don't favor defense spending cuts, those kinds of monolithic poll results are bunk.

More realistic polling over the years conducted by Scott Rasmussen and others shows time after time that the public favors more surgical, line item cuts to defense spending as long as the case can be made that those cuts won't leave the U.S. homeland less safe. 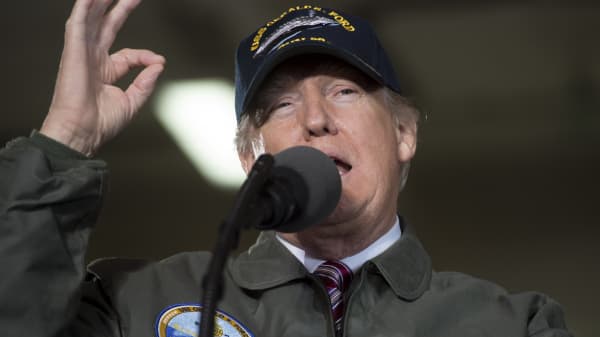 The only reason we haven't seen this is that both parties in Washington keep budgeting so confusing and lengthy that most line item cutting can't even be debated, let alone enacted.

Overseas base cuts would be popular with voters from both the left and right, period.
Admittedly, the exact math is a little more complicated. But could something approaching that $54 billion Trump budget boost for defense be paid for by cutting about a third of our foreign base costs?

The simple answer is yes. And while conservatives and good government types are right to support President Trump's proposed cuts to other parts of the federal budget to pay for the defense increase, the defense department's own unnecessary and unpopular spending is where this administration should cut first.