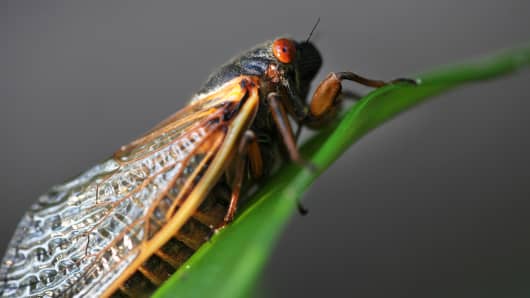 The 17-year cicada, also known as the Magicicada, lives underground for 16 years and then, in the 17th year, in a magical, synchronized burst of life, they sprout wings and appear en masse. They thrive above ground for several months to reproduce, then fade as quickly as they flourished, ending / starting a new cycle. If you've been paying attention to the tech IPO market, it seems to run a similar 17-year cycle … and we may be in year 17.

I had the pleasure of observing Magicada and this phenomena, growing up near densely wooded forest preserves in Illinois. Animal (or, in this case, insect) spirits that drive life, are both mysterious and amazing.

"As I write, we may be emerging from a long, 16-year period sucking on roots in the forest."

Capital markets have their own animal spirits that drive the madness of crowds. Alan Greenspan loved to draw analogies between the animal spirits driving nature and behavioral economics driving humans in capital markets. One of his signature phrases was "irrational exuberance" to describe the mood during the dot-com bubble of the 1990s. The ups and downs of "fear vs. greed" drive both stock-market bubbles and bursts, and specific to this post, tech bubble valuations.

Why 17 years? My hypothesis is that it takes three generations of Wall Street "money fund" managers to cycle through to lose institutional memory. For sake of this argument, I will presume the average life of a fund investor on Wall Street is 5 to 7 years.

After the hard reset in a given tech cycle crash, a new "Generation No. 1" falls back to the basics of value investing (buy at 10x earnings or lower, always). Once no one is "outperforming," a handful of managers takes more risk, and "Generation No. 2" moves toward adjusting for growth (buying into companies with a good price/earnings/growth ratio). Then, a handful of really smart, newly minted MBAs on Wall Street enters as "Generation No. 3" and assess which companies will WIN and also eventually have earnings … allowing pure, "fear and greed" momentum investing to take hold. 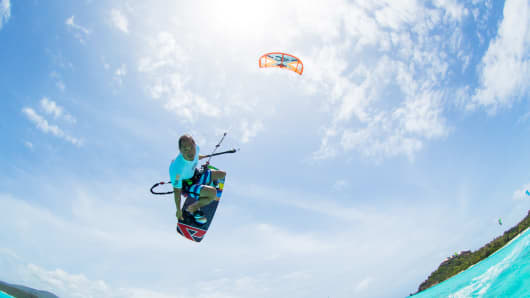 The wave builds until everything decouples from the reality of the ground wire of "the E in the P/E." When the key valuation metric becomes solely P/S (price to sales) ... look out! At that point, investing in high growth companies becomes "all about psychology" and the cycle builds momentum until it breaks.

As I write, we may be emerging from a long, 16-year period sucking on roots in the forest.

Year 17. It's been 17 years since the last "tech cycle" valuation peak in March of 2000. Will year 18 result in an upward thrust of activity, followed by a bust? I have offered this observation to many over the years: There seems to be a natural, roughly 17 year cadence in this modern era to the cycle that drives tech IPO "bubble valuation" peaks.

Some of the factors that lead to "irrational exuberance" and a subsequent "return to reality" in prior cycles are emerging with respect to tech IPOs. Investing in early stage companies involves "discounting the future into today's price." When IPO purchasers shift en masse from buying into business models because they believe in them, with their own clear view of how the "E" will eventually drive the "P/E" toward buying shares simply "because they will go up" the foundation of investing erodes, and along with it, the stability and durability of an emerging company's investor base and its share price. There seems to be some of that mentality building. Coupled with that, we now have a rising interest-rate environment, which typically compresses the P/E over time, as we did going into the peak of the cycle. In the '99 -'00 we also had a rising interest rate environment.

Shares of social media giant Snap and software company Mulesoft soared more than 40 percent in their recent debuts despite the fact that Snap is losing a ton of money and warned in its IPO filing that it "may never achieve or maintain profitability." And, there are more tech IPOs coming down the pike, including data-analytics company Alteryx and unicorn cloud software company Okta.

There is no way to "have a bubble" until and unless, current investors have collectively lost any memory of the pain of the last burst — it seems now that the institutional memory of the last bubble is completely erased. Most investors today have now forgotten the pain of 2000, and likely do not even know that there was another massive peak and downdraft roughly 17 years prior  to 2000 —  the bubble and bust of 1983. I remember that peak because I later joined a start-up of that era called LSI Logic, which, in less than 2 years after forming, did a record setting IPO off the back of a roughly $1.5 million (trailing) revenue year, raising $153 million (more like $300 million in today's dollars). The stock priced in the teens and traded into the $70's by the year 2000.

Three generations. Roughly 5 to 7 years each, (very loose math). Roughly 17 years. We may be entering the final phase.

The ride continues. Enjoy the updraft, and play it carefully!

Click here for a scrollable stack of 83 IPO prospectuses from the tech bubble of 1999-2000.

Commentary by Bill Tai, a partner at Charles River Ventures. Originally trained as a computer-chip designer, Tai has served on the board of seven publicly-listed companies he initially funded as start-ups, including Internet infrastructure operator iAsiaWorks, which he founded as CEO. He co-founded both IPInfusion, the leading provider of Linux-based routing software and Treasure Data, a Hadoop-based "big data" platform, as chairman. He also serves on the Tech Pioneer Committee of the World Economic Forum. Follow him on Twitter @kitevc.