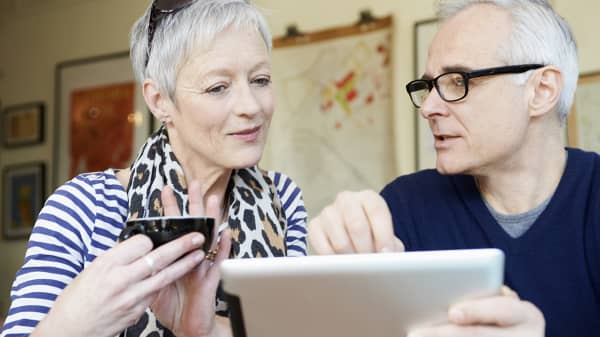 Despite proposing major spending cuts to most domestic agencies, President Trump's "skinny budget" spares the Social Security Administration. Thankfully, the president is living up to his campaign pledge to protect the program that serves 61 million Americans.

Yet, without any action by Congress to reform the system, benefits will be cut anyway, by at least 23 percent in 12 or 17 years, depending on whether you believe the Congressional Budget Office or Social Security forecasts. We cannot afford to do nothing.

Social Security paid out $905 billion last year, almost one quarter of the U.S. government's expenditures, according to the Social Security Trustees report. Since 2010, America's largest government program has been cash flow negative, meaning that taxes and contributions no longer cover benefits. Last year the deficit covered by interest on the Trust Fund was almost $75 billion, and by 2020 the Trust Fund itself will start to be drawn down.

President George W. Bush was the last to make a serious attempt to fix Social Security 12 years ago. Some commentators claimed at the time that repairing the system was a simple mathematical exercise. But it is not simple or easy and it is not all about math. Rather, it is about people and politics.

Three years ago, realizing the people and politics aspect of retirement security, the Bipartisan Policy Center pulled together a 19-member commission of Democratic and Republican retirement experts to make recommendations on how to improve retirement security and personal savings.

"Without any action by Congress to reform the system, benefits will be cut anyway, by at least 23 percent in 12 or 17 years, depending on whether you believe the Congressional Budget Office or Social Security forecasts. We cannot afford to do nothing."

The result was a balanced proposal (Securing Our Financial Future), released last summer that would implement a series of changes gradually to create a sustainably solvent system, all while avoiding the cuts that the president has pledged to oppose. Half of the improvement comes from slowing down the growth of benefits for the better off, including slowly increasing the retirement age and using a more accurate measurement of inflation.

But also very importantly, our proposal increases minimum benefits for the lowest income retirees. That increase combined with enhancements to widow/widowers benefits would reduce elderly poverty by 30 percent in 20 years and by 50 percent in 40 years (from 9 percent to less than 5 percent) according to modeling from the Urban Institute for the commission.

The other half of the improvement to program finances is revenue increases, including gradually raising the taxable maximum and increasing joint employer/employee FICA taxes by 1 percent over a 10-year period.

These proposals together offer a blueprint for a bipartisan solution to a problem that has eluded policymakers for decades.

But Social Security alone is not enough for a secure retirement, especially as almost half of American workers are not participating in a workplace retirement plan. To help remedy this situation and increase savings in America, we recommend pooled, nationwide Retirement Security Plans for companies with less than 500 employees.

Small employers could automatically enroll their employees (who could opt out) in a plan run by a well-vetted sponsor. That would relieve small businesses of the costly burden of setting up their own 401(k) and allow them to transfer the legal liability to the sponsor of the pooled plan.

After these streamlined plans are up and running, we would require all employers with at least 50 employees to offer some form of retirement option for their employees. Importantly, these proposals would dramatically close the coverage gap and, once phased in, they would increase average savings among middle- and lower-income workers by 50 percent, according to the commission's research. That would be great for the workers and the economy.

Our proposals are about people and politics, but there is some very important math. By creating a sustainably solvent Social Security system, we plug an $11.4 trillion, 75-year, net-present-value hole. Even with our gradual phase-in, the first 10-year U.S. budget deficit is reduced by $1 trillion and the savings compound every decade thereafter. We massively "cut" the deficit while actually increasing benefits for lower-income workers.

As Mick Mulvaney, the new director of the Office of Management and Budget, has suggested, it is time to address Social Security. Our bipartisan approach is a good starting framework for President Trump and Congress to avoid the cuts that the president has rightfully opposed and to protect lower-income American workers.

Commentary by James B. Lockhart III, who co-chairs the Bipartisan Policy Center's Commission on Retirement Security and Personal Savings. He is a former principal deputy commissioner and chief operating officer of the Social Security Administration and served in the George H.W. Bush administration as Executive Director (CEO) of the Pension Benefit Guaranty Corporation.