Investors like hedge funds with powerful-sounding names, even if they fail to deliver 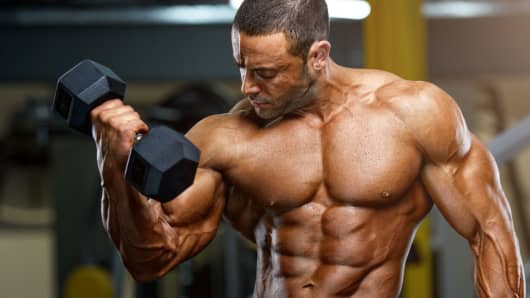 What's in a name? For a hedge fund, it could be a lot.

A new research paper suggests that even sophisticated investors are taken in by hedge funds with strong, powerful names. Think of funds with phrases like "prodigy Asia" and "alpha fund" in their names.

Researchers from the University of Buffalo and the University of Oulu in Finland used a metric to measure what they called "gravitas" of hedge fund names collected from a variety of databases. On average, adding a single word with gravitas to a fund's name increases flows to that fund by $227,120 a year, the researchers found.

The words that seemed to have an effect were those associated with weight, influence, seriousness and authority.

That effect exists when controlling for the fund's performance, suggesting that it's not that investors are seeking high-performing funds that happen to have solid, powerful-sounding names.

Here are some examples of funds with gravitas in their names:

And here are some without gravitas, according to the research:

The researchers went on to investigate whether funds with more name gravitas outperform those with weaker names. Their work suggests that the opposite is true.

"We were surprised to see that funds with gravitas were not that hot in terms of performance," said Cristian-Ioan Tiu, one of the co-authors. Hedge funds with positively associated name gravitas have annualized alphas up to 0.97 percent lower than those with negatively associated names, the paper notes. Sharpe ratios and annualized returns point in the same direction.

There are signs though that investors become less sensitive to hedge funds' name gravitas. Funds with low performance and name gravitas "are eventually punished," the researchers wrote, "oftentimes severely enough that they exit the sample altogether."

The research found that the response declines as a fund gets bigger and with the age of the fund. Higher minimum investment requirements — which theoretically attract a wealthier and more sophisticated investor — also decrease the effect.

The researchers' sample was nearly 18,000 distinct funds from the period between January 1994 and September 2013, pulled from the BarclayHedge, EurekaHedge, Hedge Fund Research, Lipper TASS and Morningstar databases. The research was posted on a site for academic papers and will be sent to academic journals in the future.

"The good funds should not need to convey to the world how awesome they are using their names," Tiu said. "Performance and word of mouth should be enough."