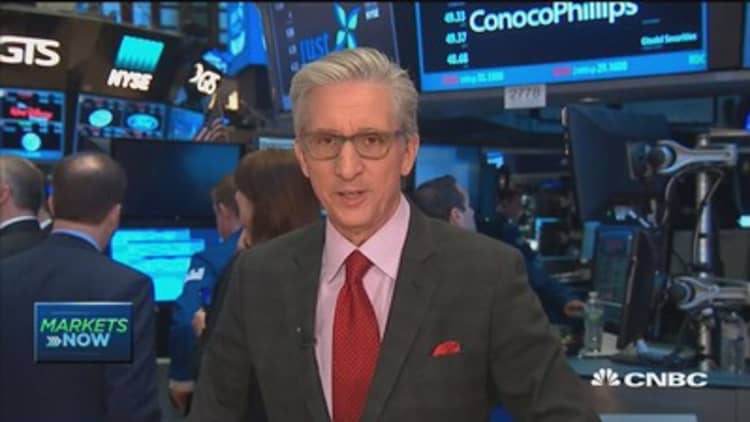 The Dow Jones industrial average rose about 70 points, with Goldman Sachs and UnitedHealth contributing the most gains.

"We're in the last two days of the quarter and most of the end-of-quarter window dressing has probably taken place already," said Peter Cardillo, chief market economist at First Standard Financial. "I think the market is going to stay range-bound until the new quarter starts."

The S&P 500 gained 0.3 percent, with financials rising more than 1 percent to lead advancers. Lifting the sector were bank stocks, as the SPDR S&P Bank ETF (KBE) and the Regional Banking ETF (KRE) popped more than 2.5 percent.

Energy stocks were also among the best performers, with the sector rising 0.4 percent, as they received a lift from oil prices. Crude rose 1.7 percent to settle at $50.35 per barrel, building on Wednesday's gains after better-than-expected inventories data.

"Although the relatively bullish US crude inventories data and supply disruptions in Libya have provided oil markets a welcome boost, the gains may be limited as investors mull over the effectiveness of OPEC's supply cuts," said Lukman Otunuga, research analyst at FXTM.

The Nasdaq composite rose 0.3 percent to post a record close.

A trader works on the floor of the New York Stock Exchange.
Brendan McDermid | Reuters

"Clearly the economic data was constructive and that continues to be the case," said Art Hogan, chief market strategist at Wunderlich Securities.

The U.S. economy grew at a rate of 2.1 percent in the final quarter of last year, more than was expected. Other data released Thursday included weekly jobless claims, which fell by 3,000 to 258,000.

"Bottom line, this is old news as we are two days away from finishing Q1 but at least we see from what base we are moving from," Peter Boockvar, chief market analyst at The Lindsey Group, said in a note referring to the economic growth data.

That said, U.S. Treasurys gave up slight gains following the data's release, with the benchmark 10-year note yield rising to 2.42 percent. Yields have pulled back from their 2017 highs since the Federal Reserve raised interest rates earlier this month, but maintained their outlook mostly unchanged.

"Intermediate yields are likely to move higher in 2017, but at a gradual pace," said Chris Molumphy, chief investment officer at Franklin Templeton's Fixed Income Group. "Our view is that the market might have gotten a bit exuberant earlier this year." 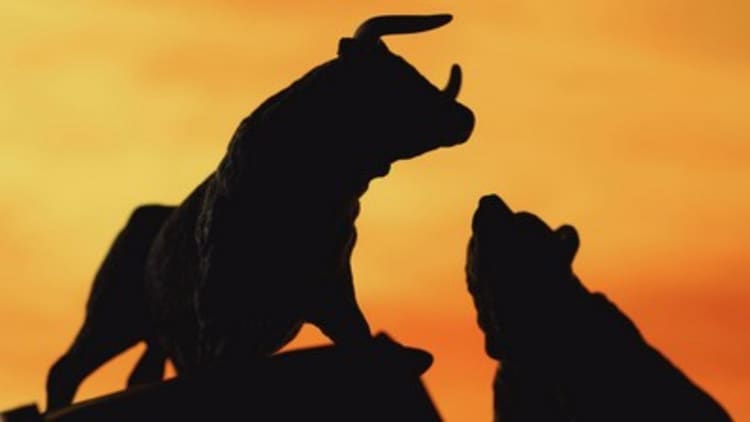 Friday marks the last day of the first quarter. Entering Thursday's session, the Nasdaq composite had gained 9.56 percent, while the S&P and Dow had risen 5.46 percent and 4.54 percent, respectively.

"I'm personally more bullish on U.S. equities than I have been in several years," said David Rainey, portfolio manager of the Hennessy Focus Fund, citing the prospects of deregulation under the Trump administration. "It's like getting an 800-pound gorilla off your back."

March has been a mixed month for stocks as investors digested the defeat of a Republican-led bill that would have replaced Obamacare. The S&P and Nasdaq were up 0.26 percent and 1.26 percent for the month, respectively, while the Dow tracked for slight losses.

"Health care getting shelved is not the end of the world and we can move forward with tax reform," said Wunderlich's Hogan. "If there is no new drama out of DC," the market should be fine.

The Dow Jones industrial average rose 69.17 points, or 0.33 percent, to close at 20,728.49, with Exxon Mobil leading advancers and Nike the biggest decliner.

About nine stocks advanced for every five decliners at the New York Stock Exchange, with an exchange volume of 761.31 million and a composite volume of 3.131 billion at the close.

The CBOE Volatility Index (VIX), widely considered the best gauge of fear in the market, traded near 11.6.

On tap this week: