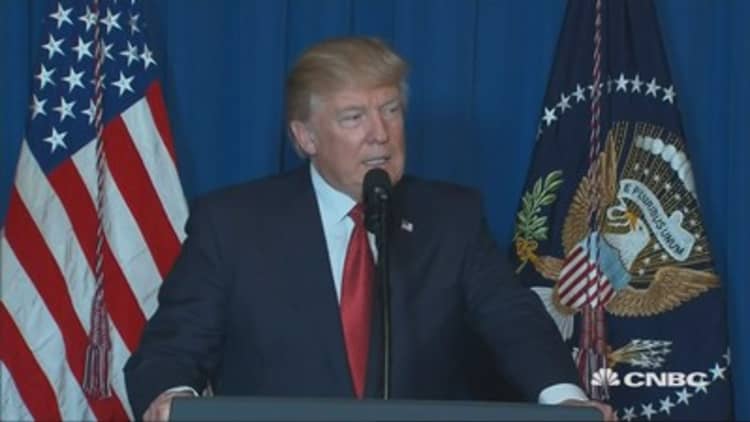 A U.S. official said the Russians had been warned before the U.S. launched at least 59 tomahawk missiles aimed at Syria.

The strikes, which hit an airfield near Homs, struck aircraft and infrastructure including the runway, NBC reported. There is no word on casualties yet, but no people were targeted, the official told NBC.

No Russian assets were targeted, according to the report.

On Thursday, Secretary of State Rex Tillerson said that Russia had failed to carry out a 2013 agreement to secure Syrian chemical weapons, adding that Moscow was either complicit or incompetent in its ability to uphold that deal.

Tillerson said that the U.S. had a high degree of confidence that sarin nerve gas had been used in the Tuesday chemical weapons attack in a rebel-held area of northern Syria hit by government air strikes.

The secretary of state said the U.S. "sought no approval from Moscow" on the strike.

File photo of the USS Ross (DDG 71) in the Mediterranean Sea on July 20, 2016. The USS Ross and USS Porter launched tomahawk missiles into Syria on April 6, 2017.
US Navy | Reuters

The United States, Britain and France proposed a draft U.N. resolution on Tuesday to condemn the attack and press Syria to cooperate with international investigators. Russia said the text was unacceptable and proposed a rival draft.

A Security Council resolution needs nine votes in favor and no vetoes by the United States, Britain, France, Russia or China to pass.

This is a breaking news story. Please check back for updates.