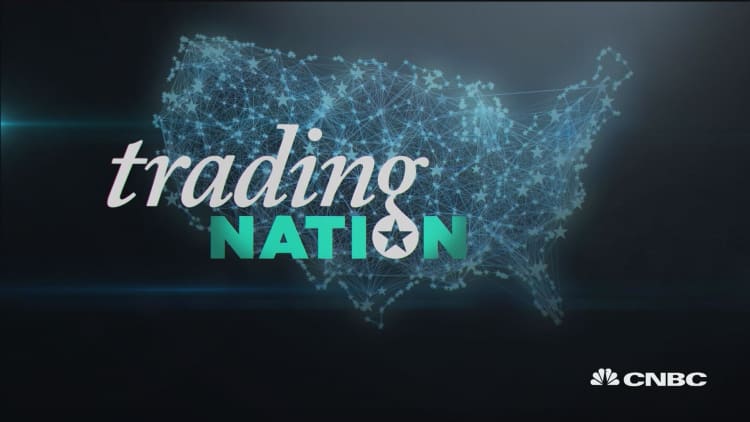 Tesla rose 3 percent in Monday trading following a big analyst upgrade, and shares of the automaker could see further upside, according to one technical analyst.

The stock is coming out of a three-year range, according to Oppenheimer head of technical analysis Ari Wald, who wrote in a Monday email to CNBC that this is "an indication of new demand at a level that previously brought out sellers."

Its breakout at the $290 level is now technical support, Wald wrote, "and argues for additional gains over the coming months."

Piper Jaffray on Monday raised its price target to $368 from $223, and upgraded its rating from "neutral" to "overweight." Shares of the automaker hit an all-time high of $313.73, logging its fourth record high this year.

"We have driven a Tesla for seven months in preparation for this report, and after conducting investor meetings with the company last week, we're finally ready to take a stand," analyst Alexander Potter wrote in a Monday morning note to clients.

He added that investors should anticipate a rocky ride should they buy shares of the electric car manufacturer.

"The multiple will likely exhibit sensitivity to Model 3 production headlines, and any setbacks might cause substantial volatility (a.k.a. buying opportunities)," Potter wrote before concluding that even after accounting for these risks, "we think growth investors can't afford to ignore this stock."

Piper Jaffray now holds the stock's most bullish price target of any large firm on Wall Street, according to FactSet data. Smaller firm Dougherty & Co. gave Tesla a rating of $375 in late February.

Analysts give Tesla an average rating of "hold," meaning analysts recommend neither buying nor selling the stock. Its median price target is a bearish $255.89, implying nearly 18 percent of expected downside. The stock is up 46 percent year to date, though it has vacillated within a wide range over the last year; it's traded between about $178 a share in late 2016 and about $311 per share at current levels.

Last week, when shares of the automaker surpassed $300 for the first time ever, New York Times columnist James B. Stewart wrote Tesla has in a way defied traditional stock valuation measures, likening it to a "story stock." Such a security trades higher on investors' optimism about its potential rather than traditional metrics like price-to-earnings or price-to-sales ratios.

"And to the dismay of short-sellers, who believe they have ample rational reasons to bet against such stocks, their share prices can stay in the stratosphere for years, even decades," Stewart wrote.

Indeed, Eddy Elfenbein, editor of the Crossing Wall Street blog, noted in a Monday email that "I like Tesla. It has nothing to do with the numbers."

"It's a company you should own and expect lots of bumps," Elfenbein wrote.