The surprising reason why CEOs should be social media savvy 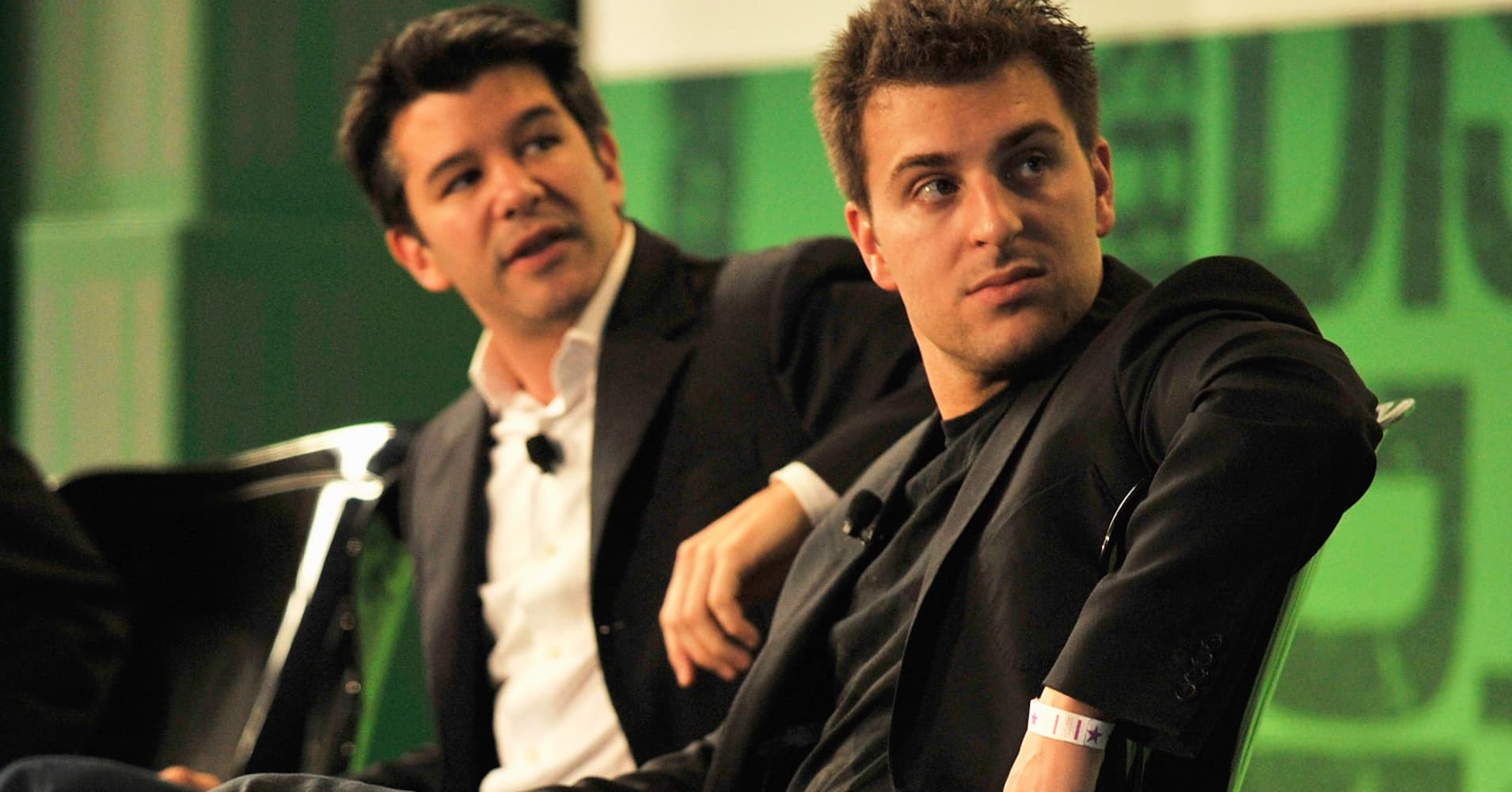 On Christmas Day 2016, Airbnb CEO Brian Chesky did something unusual: He spent hours on Twitter engaged in market research that would drive Airbnb's market strategies in 2017.

He began with a simple question: If @Airbnb could launch anything in 2017, what would it be?

Chesky tweet: If @Airbnb could launch anything in 2017, what would it be?

Hundreds of ideas flowed in, ranging from actionable product ideas like adding cleaning services and meal booking options to the site's services, to ideas about improving the brand's corporate social responsibility, such as reducing discrimination and donating more to charity. Chesky even let on that he's considering outlandish ideas like hosting Airbnb sites on Mars.

Twitter users relished the opportunity to send in their suggestions, and even more importantly, they received acknowledgement that their ideas were being heard and considered by the company's ultimate decision-maker. It remains to be seen how Chesky's impromptu research will affect Airbnb's 2017 fortunes, but the move may have cemented many fans' loyalty for the brand.

While that story teaches a lesson about how CEOs can use social media to strengthen the public perception of their brand, it also delivers a powerful lesson that corporate leaders who know how to engage well on social media also exhibit other strengths that make them better leaders.

In DDI's High Resolution Leadership study, we examined the difference in leadership skills among 250 candidates we assessed for CEO positions and how those skills correlated to the candidate's activity on social media. We found that, compared to their peers who are not active on social media, CEO candidates who are social are: 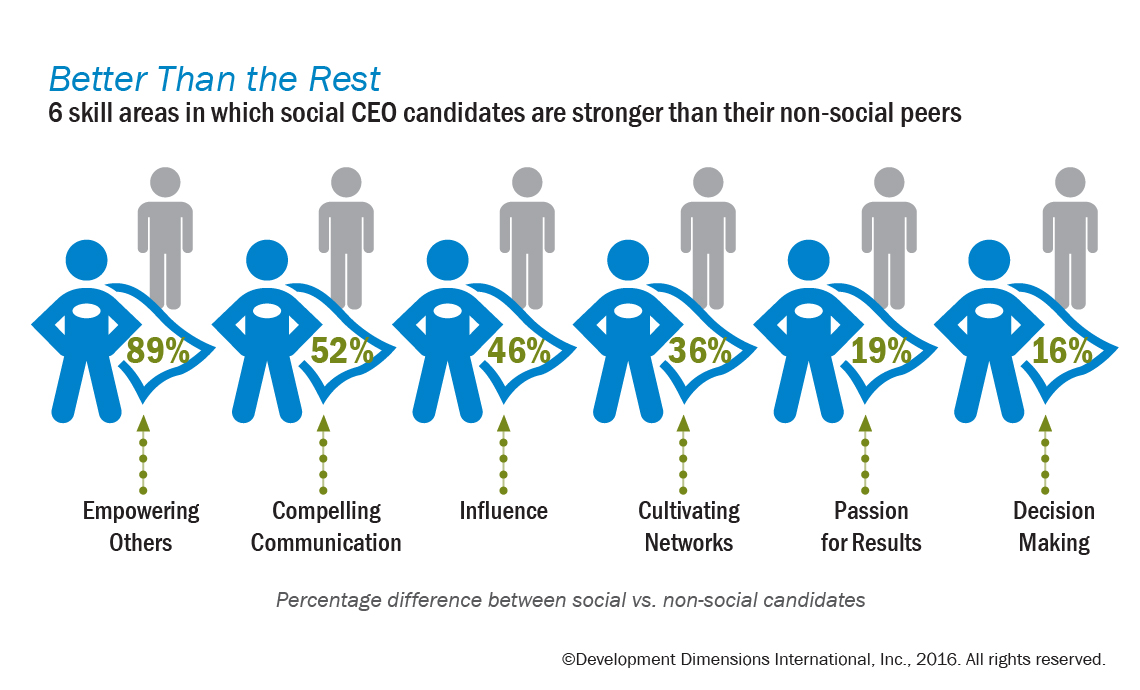 In addition to showing strong leadership behaviors, social CEO candidates also share personality traits that make them better wired for business judgment than their non-social counterparts. Not surprisingly, social CEO candidates are more sociable and are energized by interacting with others. They are also less argumentative, less avoidant, and more action-oriented. Social CEOs also tend to not be perfectionists, which helps them to avoid micromanaging or excessively criticizing others. The downside, however, is that these social executives also tended to be more attention-seeking than their peers, which may mean that they require more feedback from others.

Despite the positive associations between great leadership and an active social media presence, today's CEOs are tentative about social media. In our analysis of the Harvard Business Review's list of 100 Top-Performing CEOs, we examined how engaged top CEOs were on social media. And even with the minimal criteria of counting any CEO as "social" if they had at least a profile photo and multiple connections on LinkedIn and/or Twitter, the results were disappointing: Only 20 percent of CEOs qualified.

While the current generation of leaders may be shy about social media, our study showed that the next wave of executives just below the C-level are twice as likely to engage on those platforms. Interestingly, the study also showed that women candidates were more likely than men to be active on social media. While women were only 12 percent of the candidate pool, they represented 33 percent of the CEO candidates who were on Twitter.

In the future, social media savvy may no longer be something that's "nice-to-have" for prospective CEOs. Instead, it could be a powerful selection criterion that helps companies to identify CEOs who are well-prepared to lead. It might even tip the scales toward more companies choosing women CEOs.

Stephanie Neal is a research scientist at DDI's Center for Analytics and Behavioral Research (CABER). She conducts evaluation studies and research on leadership and talent in the workplace, and is the co-author of DDI's Global Leadership Forecast. Participate in the 2017|2018 Global Leadership Forecast by visiting http://www.ddiworld.com/glf-survey. DDI is the research partner of CNBC for the annual Asia Business Leaders Awards (ABLA).