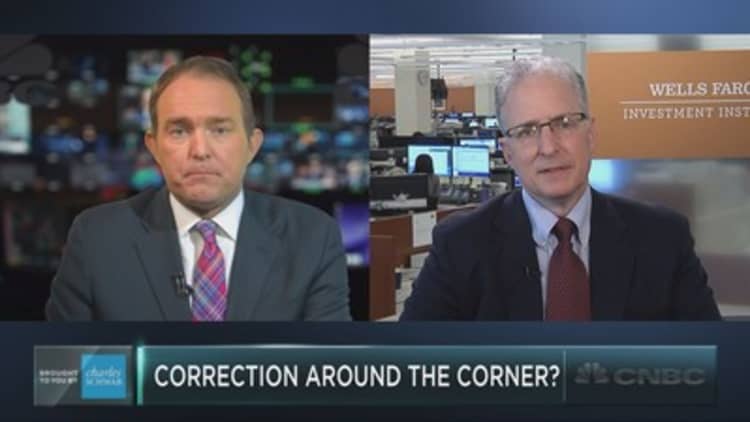 watch now
VIDEO3:2203:22
A correction is coming—here's how bad it will be: Wells Fargo
Trading Nation

Along with some trepidation about the health of the U.S. economy, the failure of the Trump administration's proposed health-care bill last month gives Christopher pause about the likelihood of changes to tax policy coming this year. He foresees the rally to fade in the second half of the year.

"We think people may have overestimated the economy's pace and trajectory for this year; first quarter we think will be on the weak side," Christopher commented Thursday on CNBC's "Trading Nation."

He added: "The movements in the market since the election suggest that investors are expecting more growth and more inflation this year than we think is actually in the cards."

The stock market has rallied since the election in November in part because investors anticipate corporate tax cuts under the Trump administration.

Investors may be able to "accept" a tax reform plan next year, Christopher said Thursday, but if one does not come at all, such would be a "serious blow to confidence."

And of course, even a pullback of 5 to 10 percent would be substantial given the narrow range in which the S&P 500 has traded this year. The S&P is up about 5 percent this year, and has only dropped more than 0.7 percent on one session.

Investors should prepare for a pullback by re-balancing their holdings and raising cash that can be redeployed later, Christopher wrote in a recent note to clients.

"Many international equity markets still have attractive valuations. Bond yields have fallen lately, but yields could rise again if the economy continues to grow and inflation recovers toward long-term historical average rates," he wrote.