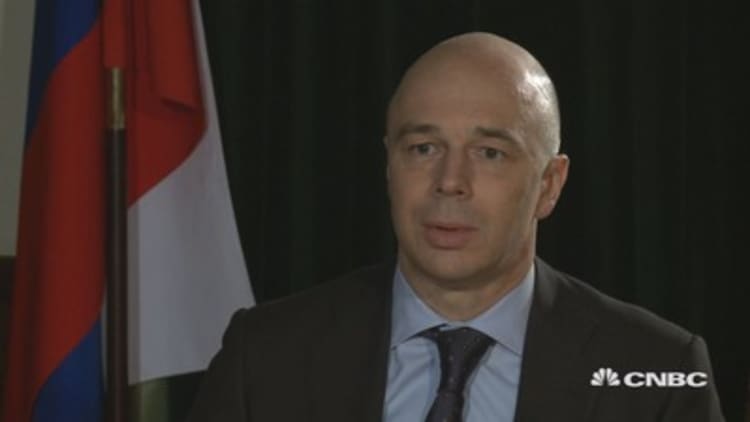 As Russia's economy show signs of improving, its Finance Ministry remains positive on the outlook yet doesn't expect to let its guard down just yet.

"We see that the Russian economy has started to develop at a higher rate. It has come out of recession this year and we anticipate annual growth of around 2 percent," Anton Siluanov, finance minister for Russia, told CNBC Tuesday via a translator.

This picture however wasn't as buoyant back in 2015, when Russia was struggling to get itself out of a recession and was trying to remain steady despite a sharp decline in the oil price. Fast forward and Russia's economy grew 0.5 percent in the first quarter year-on-year, Reuters reported this month, citing data from the Federal Statistics Service.

In recent weeks however, the nation has been caught up in political noise coming out of Washington, in regards to its relationship with the current U.S. administration. Despite any negative headlines coming out from U.S.-Russia relations, the ministry remains "interested in joint investments and partnership(s) with all our Western colleagues and partners, including with American business."

While Russia's economy and government finances could be heading in the right direction, Siluanov admitted that the ministry couldn't "always feel relaxed", even with budget revenues improving.

"Our key task now is to prepare a new budget plan for the next three years. It will be no less important or difficult as we have to further reduce the dependence of the budget on the price of oil," said the minister.

While Siluanov admitted that some results had already been achieved, including balancing the budget from the expectation of oil prices being at $100 per barrel to $60, the ministry would have to continue this trend to ensure that their "commitments were sustainable", and not let external factors, oil or sanctions deviate from this.

"It's no easy one and so we have to be under pressure for a few years to come to get the budget into a balanced position and not dependent on external factors."

Russia's future when it comes to sanctions, trade

Sanctions continue to dwell on the country's economic and political future, after the European Union and the U.S. imposed sanctions on the nation, when it annexed Crimea from Ukraine back in 2014, and then allegedly backed separatist rebels in eastern Ukraine.

At last week's G-7 meeting, members stated in a communiqué that sanctions could be rolled back if Russia meets its commitments in the Minsk Agreements and that the G-7 were willing to work with Russia on regional issues. 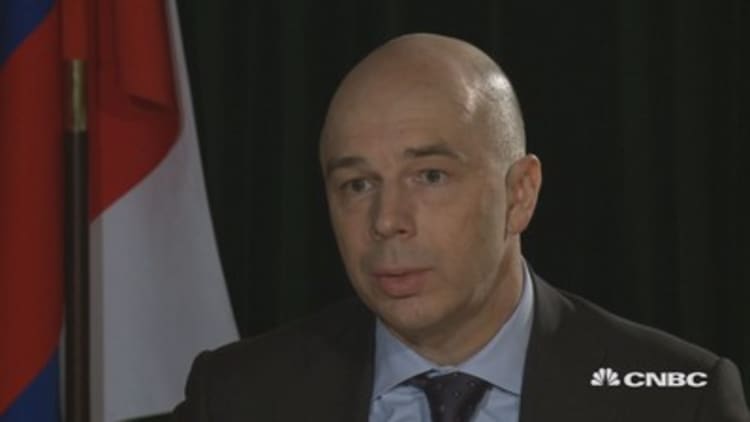 Whether sanctions will be rolled back anytime soon, the finance ministry continues to factor in that the current regime will be maintained, when looking at their forecasts. Nevertheless, Siluanov said it was in their interest that "any limitation on the flow of capital or trade be lifted."

"This would give the opportunity for higher rates of investment, higher rates in the economy and correspondingly in the replenishment of the budget."

Sticking with trade, in recent months Russia has seen a growth in its imports, yet when it came to exports, growth had maintained its current level, Siluanov revealed.

"Linked with this, we see a certain increase in the outflow of capital in the balance of payments. But this is due to the fact that our export companies have accumulated foreign currency earnings and are holding them in their accounts, so that is also one of the factors in the outlow of capital," he said adding that their balance of payments remained "stable" and didn't see any major risks when it came to changes in currency exchange rates.

The predictability of oil prices

Oil prices may not be back to the level they once were in 2013, however prices have shown a recovery as of late, as OPEC and non-OPEC members look to find ways of fixing the glut in the market.

Following last week's decision by oil producers to extend output cuts by nine months to March 2018, Siluanov told CNBC that OPEC's decisions would give opportunity for prices to stay at present levels, but that both producers and the ministry had to be on alert for any market changes. 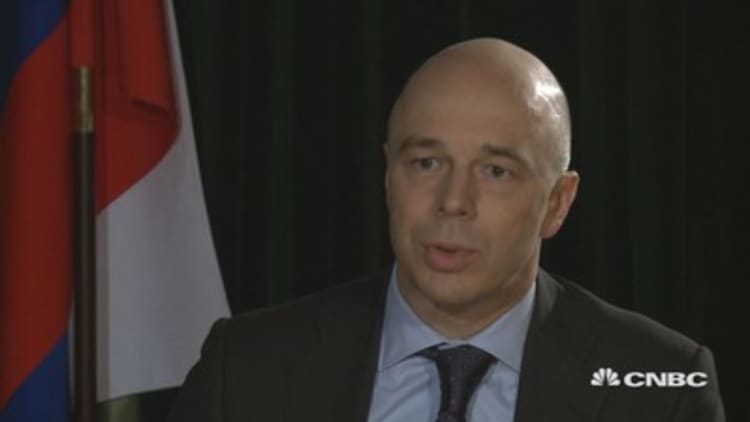 "On the one hand, this should keep prices at the levels they are at present, and on the other it gives a signal to those companies which are extracting shale oil, particularly in the USA, by increasing levels of drilling, by increasing the levels of extraction, and in the final reckoning by the growth of offers on the oil market," said Siluanov.

"Our task as the Ministry of Finance is to be prepared for any such changes, to create extra reserves as we have talked about, and hedge our budget from any fluctuations on external commodities markets."

"In our view, the most important thing is for the prices to be predictable. And this has a corresponding effect on how predictably economic agents and governments behave when budget policy is being drawn up."

--Tune in to CNBC Europe on Thursday at 6 a.m. BST, when CNBC will be sitting down exclusively with the governor of the Russian central bank, Elvira Nabiullina.